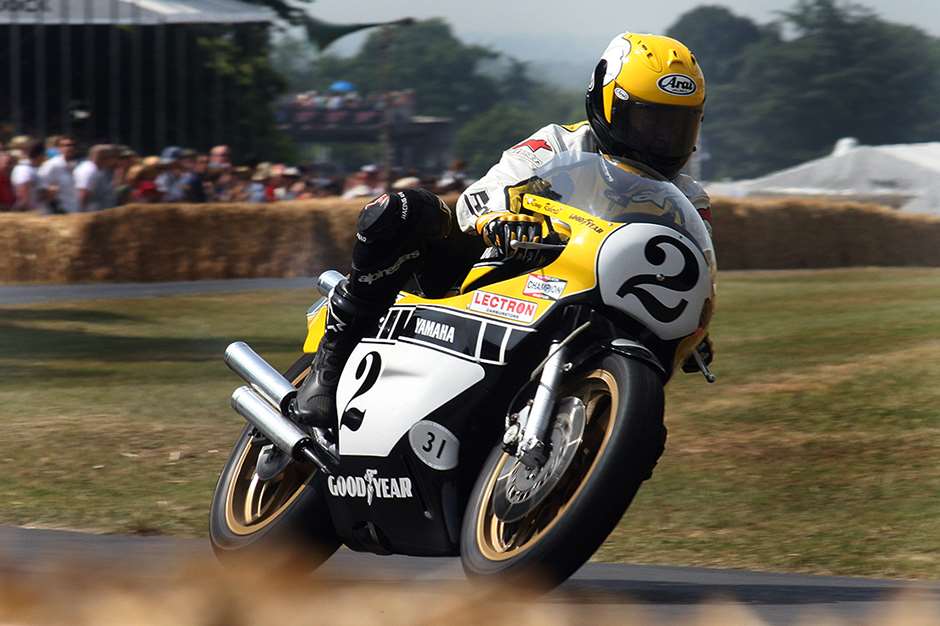 Fans of two wheels are always catered-for well at the Festival of Speed, with names such as Surtees, McGuinness, Spencer, and Agostini regularly turning up to Goodwood House at the end of June to don their leathers and talk bikes within feet of an adoring crowd, before treating fans to a glimpse of their riding styles up the hill; typically on a machine from their heyday.

For the third year in a row, such luminaries will be joined by a certain Kenneth Leroy Roberts, also known as Kenny Roberts, or simply ‘King Kenny’. His Grand Prix record of 27 wins from 60 starts would be enough on its own to have earned him the moniker, but Roberts is about so much more than that. Mention his name in California and fans are as likely to recount legendary tales of his exploits on the mile and half-mile dirt tracks; consistently winning through sheer determination despite riding Yamahas which were way down on power compared to their Harley-Davidson rivals.

He came to race on the world’s circuits after Yamaha shifted their focus away from the USA dirt track scene, but despite little experience of the over-powered, under-chassis’d Grand Prix bikes of the time, he went on to win three World Championships, as well as the universal respect of his peers.