On the road in Richard Petty's 1970 Plymouth Superbird Imagine watching Richard Petty’s mighty blue 1970 Plymouth start up before your eyes, having run few times since it was last raced in 1970. Not a bad start to the day. It’s not your typical large-capacity V8 though. This one is designed to flow lots of mixture at sky-high rpms, so its idle is awkward to say the least. It cackles away unevenly, coming to life briefly each time the throttle is blipped. The noise is immense. Your heart is racing. You feel like you’ll be smiling for weeks.

Watching it roll slowly out through the museum door and into the yard is something vaguely akin to watching a dinosaur rise from decades of slumber: It’s big, powerful, loud and at walking speeds seems kind of dopey thanks to the hugely aggressive clutch, and a camshaft whose lift and duration characteristics lend themselves better to 200+mph on a high-banked super speedway than trundling in a North Carolina car park. 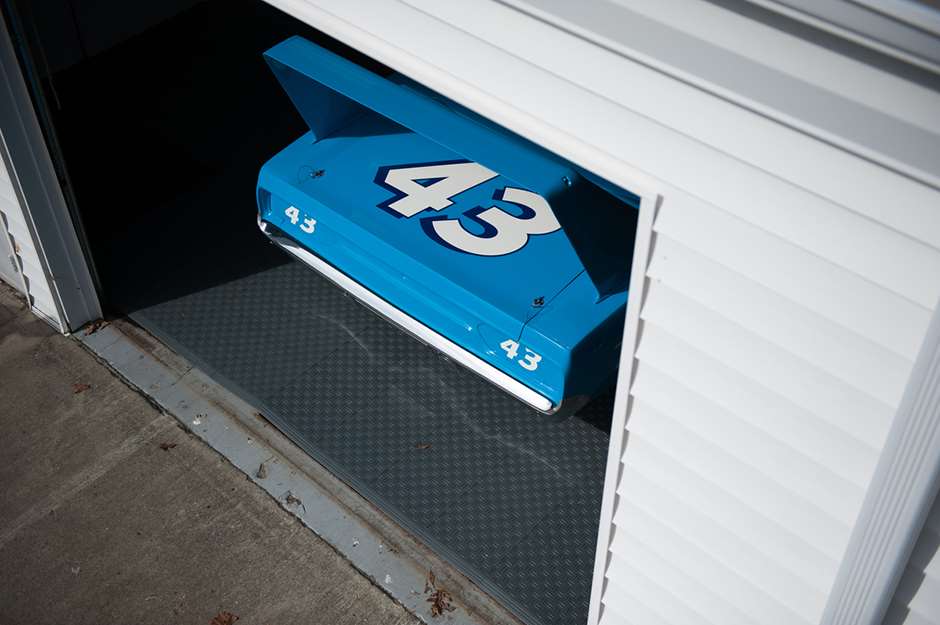 The privilege of being just one of a handful of people to see this cornerstone of American motorsport driving under its own power is almost immeasurable, but then the driver beckons you over to the car and asks you to climb in the passenger side. You do this, shaking and in a beaming stupor. Inside, surrounded by a ‘Petty Blue’ sea of roll cage and interior panels, the rough idle has smoothed out a little as the mighty motor has warmed up. But it’s still an intimidating place to sit… not least because your backside is on the floor and mere inches away from your feet are a selection of ignition components which are probably crucial to keeping the engine running.

As the clutch is released the car lurches forwards. It’s controllable, but doesn’t exactly look like a relaxing thing to do. The driver heads for the main museum car park and it also becomes apparent that the steering – like the engine and transmission – is designed to work well at speed. Navigating the car around the car park it looks like a pig to steer, truth be told. But it’s still exciting. Just trundling through the car park in The King’s own Plymouth Superbird feels like an out-of-body experience. 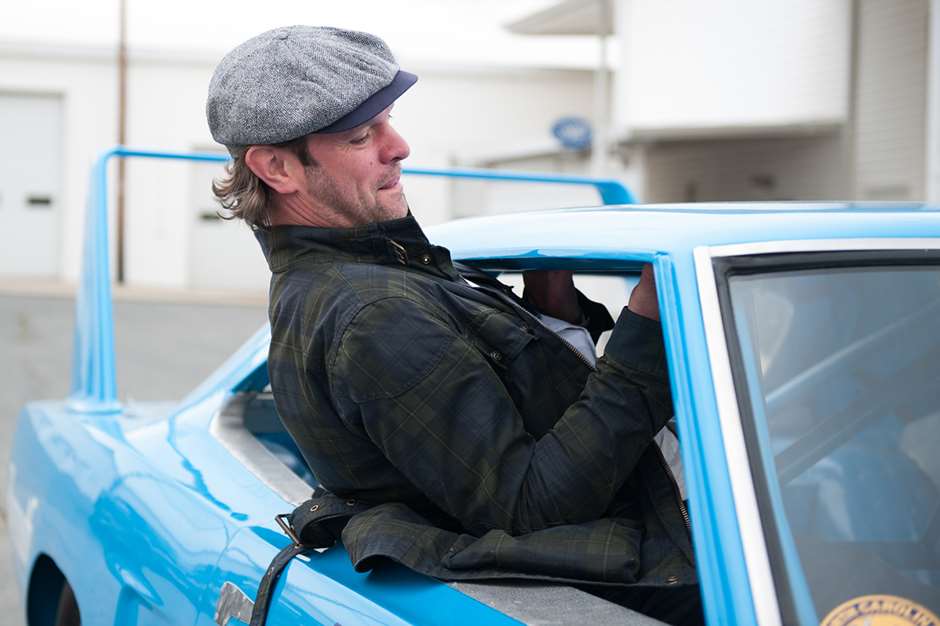 And suddenly the giant blue Plymouth is rumbling out of the main gates and on to the street. The driver accelerates and the huge seven litre Hemi V8 clears its throat. You look over and see the rev counter sweep towards 6,000 rpm. It can spin higher, but by the time it’s there it’s delivering the thick end of 600bhp. It’s fast, and the resonance is intoxicating. You’re now wearing the wide-eyed smile of a child whose just been given their first bicycle. Second gear, full throttle again and there’s a surprising lack of wheelspin as the rate of knots increases further still. Now we’re really moving. At this point you’re laughing out loud at the absurdity and theatre of it all.

Not too far down the road and the Superbird pulls in to a car park to turn around. What the local fire department (stationed across the road) must be making of this spectacle you can only imagine. A few moments go by until the passing cars are far away enough to afford us another noisy run down the street and we’re away again. This time the engine is allowed to rev a little higher. It sounds like pure, unhinged, fury inside the Superbird, which must sadly be allowed to slow down by the time third gear is engaged.

Then in no time you’re back in the museum car park begging for another go so it can all be caught on film!

Writing about the experience now, it almost seems too surreal. Fortunately there are fabulous pictures – and soon (wait for it…) a video – to commemorate the incredible moment when this bewinged NASCAR icon rolled out onto the blacktop.

GRR was visiting the Richard Petty Museum in North Carolina because the all-time-great NASCAR pilot has generously agreed to bring the 1970 Superbird with him to this year’s Festival of Speed. This is the car which Plymouth produced to tempt The King back into the fold, as he’d chosen to drive for Ford in 1969, and has since become the stuff of legend; a legend further enhanced when Disney Pixar decided to model the character Strip ‘The King’ Weathers from its Cars movie on the famous number 43 Plymouth.

The Superbird has been taken out of the museum and is being shipped to Goodwood especially for the Festival of Speed. Like the 1967 Plymouth Belvedere that Richard brought along last year, the Superbird has spent almost all of its time since 1970 on display. We’re told that in that time it has barely run a few yards, and has only recently been brought back to life. 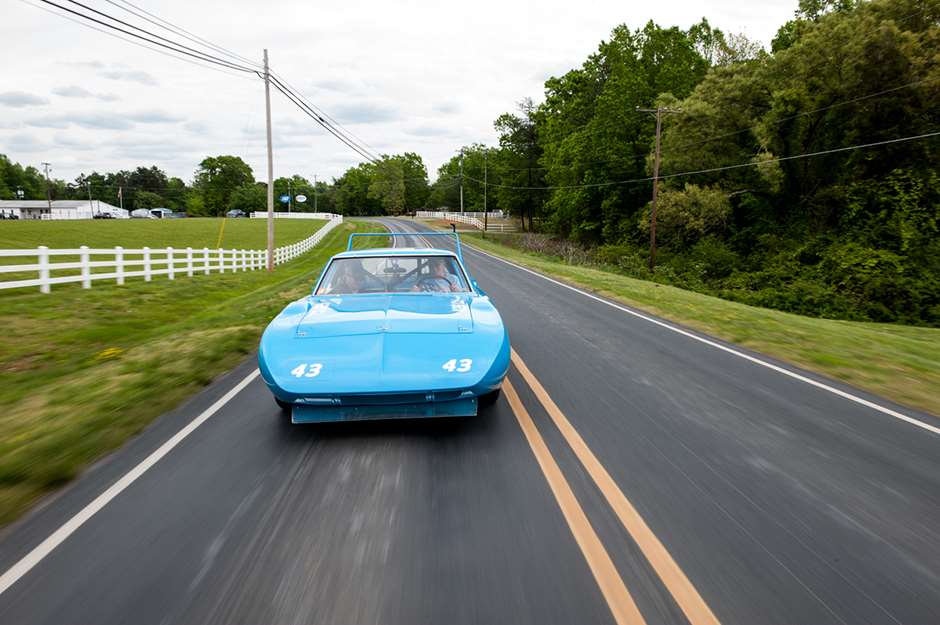 The Petty Museum is in Richard Petty’s home town of Level Cross; a small, quiet town about two hours north of Charlotte and right in the heart of traditional NASCAR country. Next to where the museum stands is the very house The King was born in, and just behind it can be seen the ‘Reaper Shed’ which is where Lee Petty, Richard’s Father, built his first race cars.

We arrived way before opening time, but ‘Southern Hospitality’ being what it is we weren’t surprised to see the smiling face of Larry Laney as he approached us across the car park and then welcomed us into the museum. Larry has worked with Petty family for some years now and is the man who literally holds the keys to the cars in the Petty Museum. He’s also the guy who took us for our historic spin in the Superbird.

The museum is housed in two separate buildings and contains countless trophies, belt buckles, race memorabilia and even the huge collection of dolls the late Lynda Petty (Richard’s wife) collected while she and her husband toured the States during his racing days. Oh, and cars… there are one or two interesting cars to look at, too. 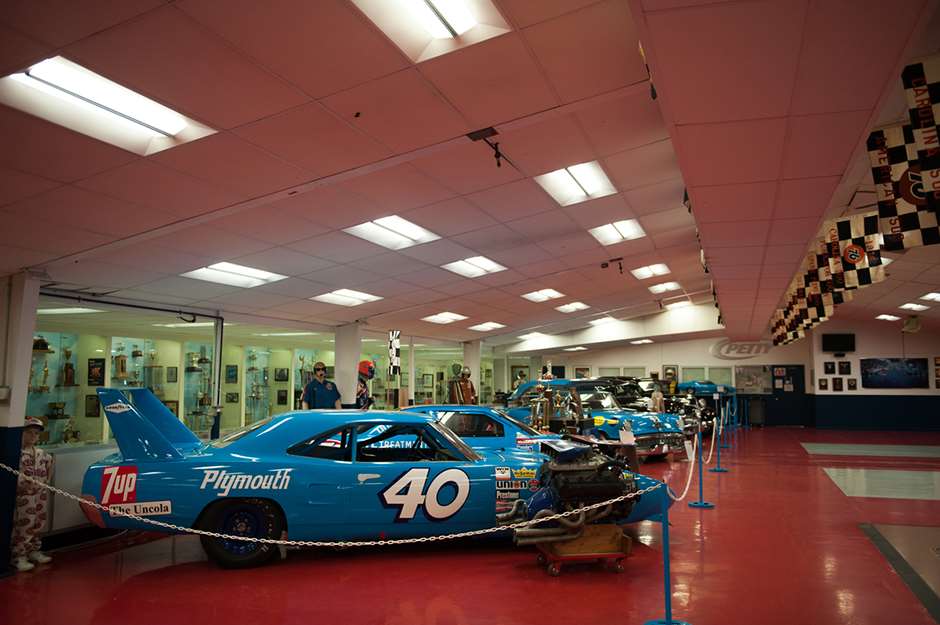 As the great man enters the room it is in stark contrast to when we met at last year’s Festival of Speed, where such was the demand from the public that he was always surrounded by a crowd of enthusiastic autograph hunters.

The King is as gracious with his time as ever and talks us through each of the cars in the museum, including the number 40 sister car to his Superbird, the first and last cars he raced, the ’67 Plymouth Belvedere he brought along last year, and the Chevy Monte Carlo he drove to his seventh NASCAR championship as well as a Daytona 500 win in 1979.

As warm and as welcoming as The King is, too soon his attention is required by a different part of his empire. Wishing him a safe trip across the Atlantic, we bid him au revoir until June. 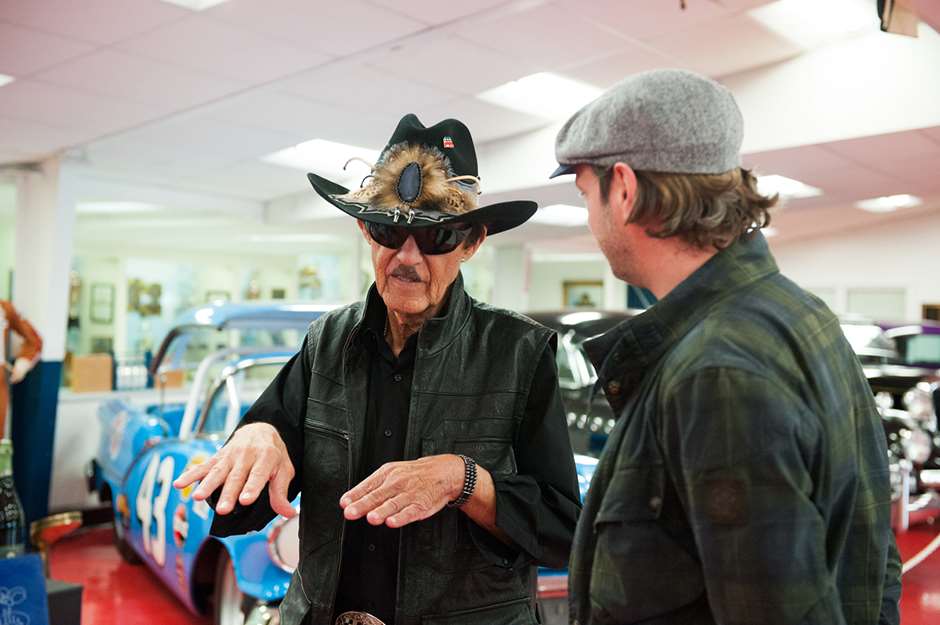 As we head back to the airport the magnitude of the experience begins to sink in. Did that really happen? Did we really just go for a casual spin in one of the most recognisable racing cars on the planet, which has hardly moved under its own power for 45 years?

If Mr Petty and the Superbird can impart just a fraction of the magic GRR experienced at the Petty Museum, this car will be one of the stars of the show.