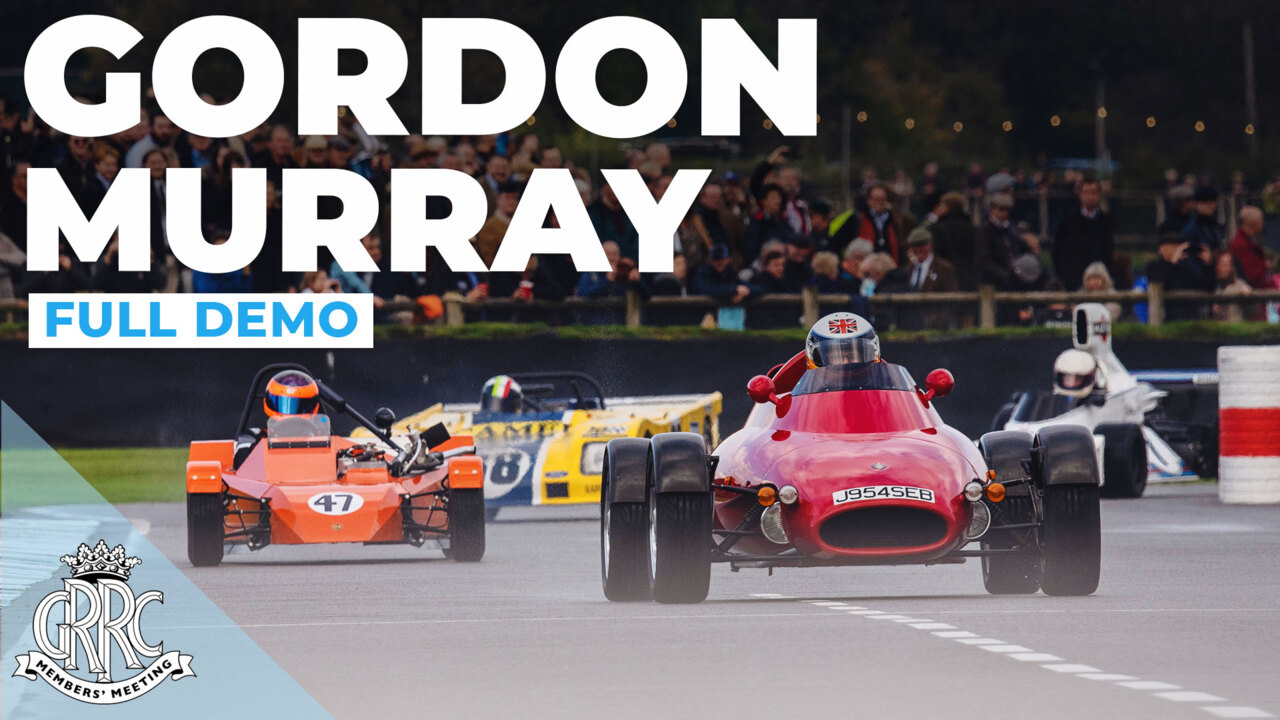 To start enjoying the series of monthly GRRC originals, exclusive videos and event live streams, plus access to 25 years of motorsport archive and many other year-round benefits, join the GRRC Fellowship.

Gordon Murray is as much about his past as he is about his future. His designs have defined his trajectory and everything that comes next. That’s why on its world debut at the 78th Members’ Meeting, the GMA T.50 supercar with its 12,000rpm V12 was flanked by some of Murray’s most significant cars.

There is now a new way to get involved with Goodwood. Join the GRRC Fellowship to receive many benefits including year-round exclusive videos, live streaming from events, access to event tickets before general sale, 10 percent discount on all Goodwood Merchandise and more

Most popular from Members' Meeting