The Revival’s Whitsun Trophy and the Members’ Meeting’s Bruce McLaren Trophy races are where you’ll find the fastest cars racing at Goodwood. Speeds of around 170mph are said to be attainable along the Lavant Straight by the Lola T70s and McLaren M1Bs, especially if driven by the likes of Nick Padmore and Chris Goodwin respectively. However, amongst the usual Lola and McLaren suspects there has in recent years been another, rather striking, car joining the sharp end of the field and that’s Jay Esterer’s Chinook-Chevrolet.

The softly-spoken Canadian has graced Goodwood with his very distinctive-looking Chinook on a few occasions now and each time has demonstrated great speed. In fact, he debuted the car at the 2011 Revival and won a very entertaining race from Goodwood stalwart Gary Pearson in a Lola T70. Not bad, especially when you consider that Mr Esterer described the experience as ‘a lot of fun … on these [Dunlop Historical] tyres it’s like driving on a gravel road.’ The car itself is the first ‘customer’ Chinook produced by the Fejer Racing Car Company in Toronto (George and Rudy Fejer having emigrated to Canada from Hungary), following the one previous prototype. The car was, at the very least, ‘heavily influenced’ by the McLaren M1, so much so that it uses McLaren suspension and steering parts. The body though was inspired by Chaparral. In fact the story goes that a 1:24 scale model of the Chaparral 2C was bought and the design simply scaled-up to make the Chinook Mk1. 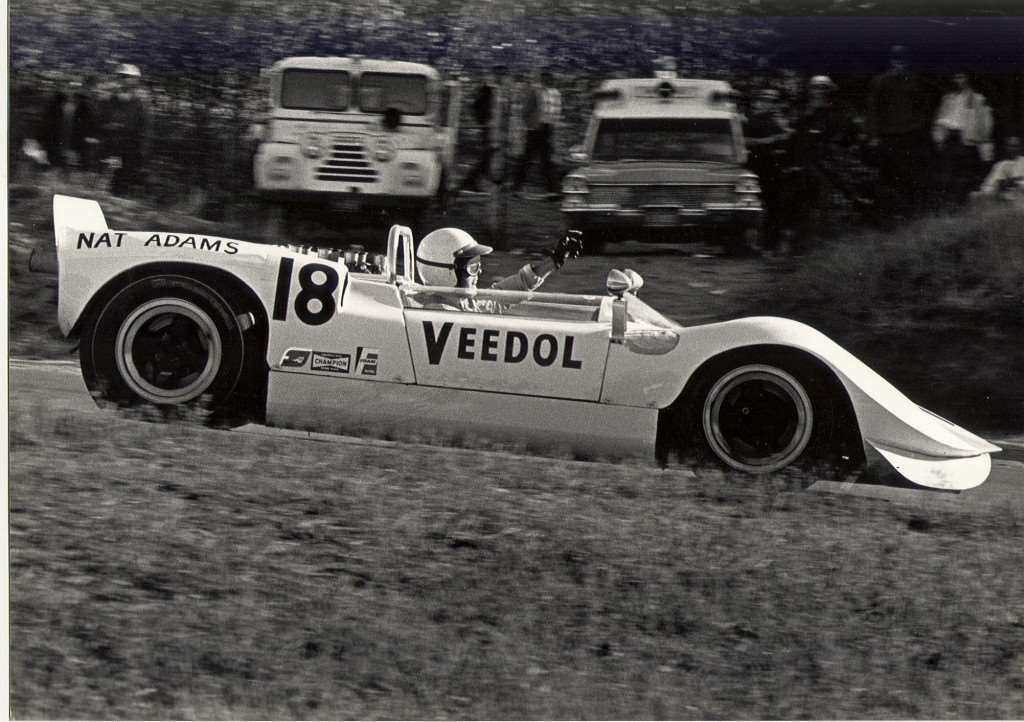 In the Canadian National Championship the car you see here car was successful in the hands of Nat Adams and his Veedol oil sponsorship (hence the car’s nickname of ‘Miss Veedol’), although it wasn’t long before McLaren and Lola produced monocoque cars and the Chinook became outclassed. By 1981 it had been through a number of owners and was spotted at Edmonton by none other than Jay Esterer, who bought it after a swift spin through the suburbs! He then decided to fit coupe bodywork and converted the Chinook into a road car, which would have been entertaining to say the least. It was eventually decided that a  McLaren body should be fitted, although an unfortunate fire whilst the car was disassembled put things on hold. Fast forward to 2005 and Lancashire firm Autotune were commissioned to rebuild a Mk2 and a Mk5 Chinook (both of which have since been to Goodwood). When Jay saw the standard of work Autotune had carried out he had the remains of his car shipped to Autotune in 2011 and restored back to its original specification. After successful runs at Oulton Park and Donington the car was invited to the Revival and achieved the aformentioned memorable win… despite not having seen the circuit before!