Moss Week: I Am Able To Look At Pictures Of The Crash Dispassionately ‑ I Knew Nothing About It 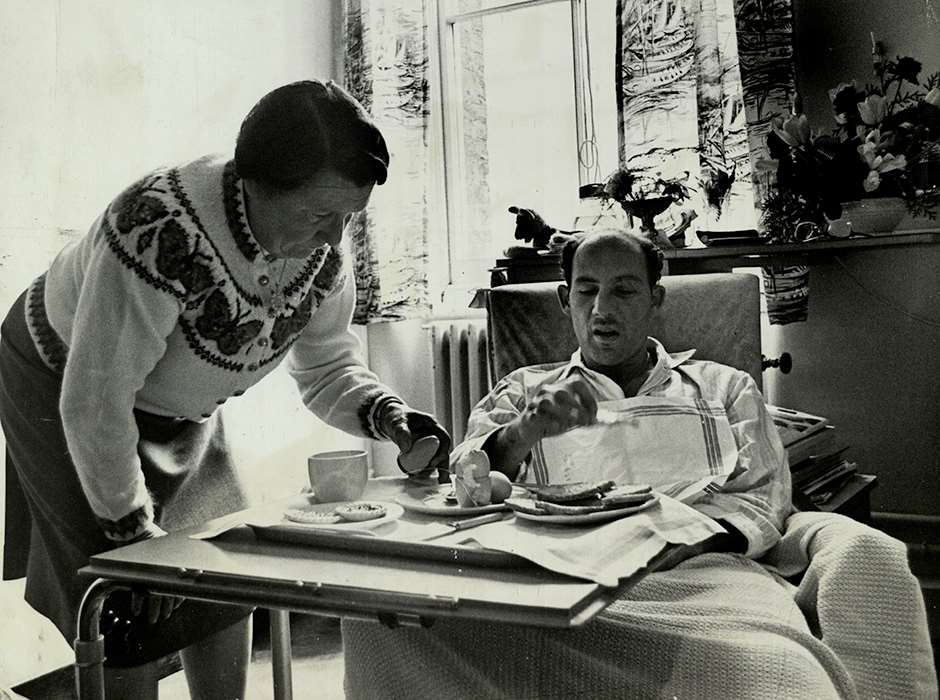 Goodwood, Easter Monday, 23 April 1962: the day my professional racing career ended, and the day my life very nearly ended. The annoying thing is, I have no memory of any of it.

Reading the contemporary reports of the Glover Trophy, I see that I was having problems from the start, and after nine laps I came in to have the gear linkage adjusted. I rejoined a long way down.

Graham Hill was leading comfortably from Bruce McLaren, and in that comparatively short race I had no hope of making up the two laps I had lost. But it was always my philosophy to keep racing as long as I had a car under me: I believed I had that duty to the spectators, who had paid to see us in action, and maybe I could end the day with a new lap record. Sure enough, I did set a new outright lap record (also equalled by John Surtees’ Lola), and by lap 30 of the 42 I was back up to seventh place.

Fortunately – this was the first thing I asked the doctors when I was awake enough to think about it – my old man was all right.

On lap 35 I came up behind Graham’s BRM, ready to unlap myself. As we approached the right-hand section of St Mary’s I was on the left of the road, almost alongside Graham – and I shot across the grass and hit the bank head-on.

The photographs that were taken after the accident, with me trapped in the car, look rather lurid, but in fact I find myself able to look at them quite dispassionately. After all, I knew nothing about it. I was trapped in the car for about 45 minutes, I gather, because the chassis had completely folded up over me. Fortunately there was no fire.

I had pretty serious brain injuries, and my face was badly crushed, particularly the left eye socket and cheekbone. My left arm and leg were broken, the leg in two places. I was paralysed down one side for a while, and when I started to wake up I didn’t know how to speak. There were various other bits and pieces to be dealt with. Fortunately – this was the first thing I asked the doctors when I was awake enough to think about it – my old man was all right.

When I had my accident I was 32 years old, and I had been racing for 14 years. I was driving as well as I had ever done, maybe better. Had the accident not happened I firmly believe I would have continued for at least another 14 years, and probably much more.

This is the final extract from Stirling Moss: My Racing Life (£50) which is available from all good book retailers and direct from Evro Publishing, www.evropublishing.com