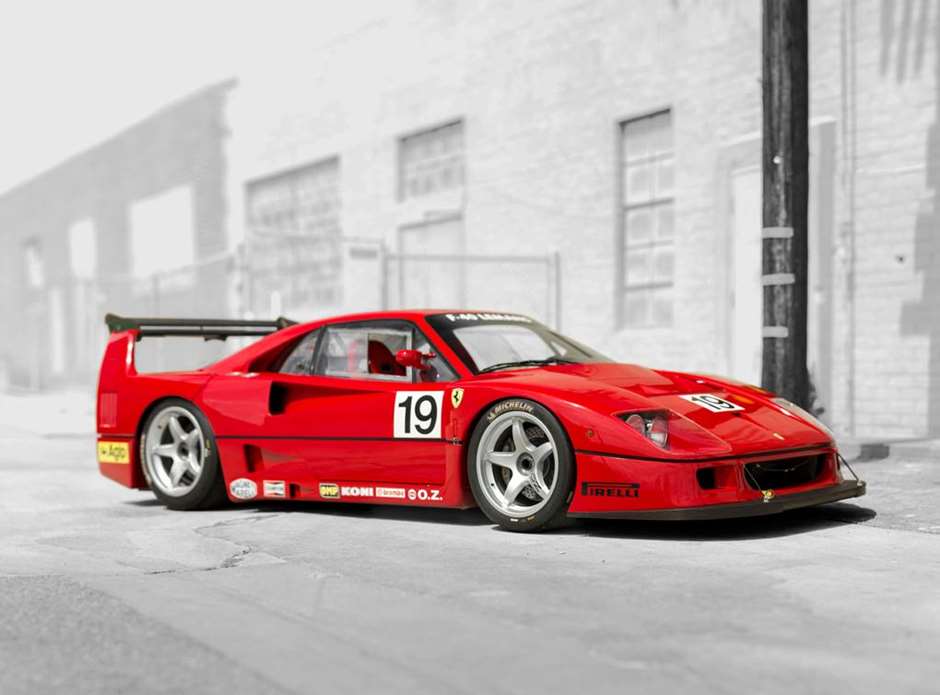 News of this year’s Bonhams Revival sale and the surprise inclusion of a raft of cars belonging to Chris Evans, including six stunning Ferraris, set the GRR office talking about Car Week out in Monterey, California.

Perusing the various action house’s online catalogues is the kind of exercise that starts out as a casual browse and ends up as a fevered, absorbing experience that could transform the most mild mannered of erudite car enthusiasts into a rabid, wide-eyed maniac who wished that he’d invested in Apple Incorporated shares in 1976 and could therefore indulge himself of the entire list of lots. 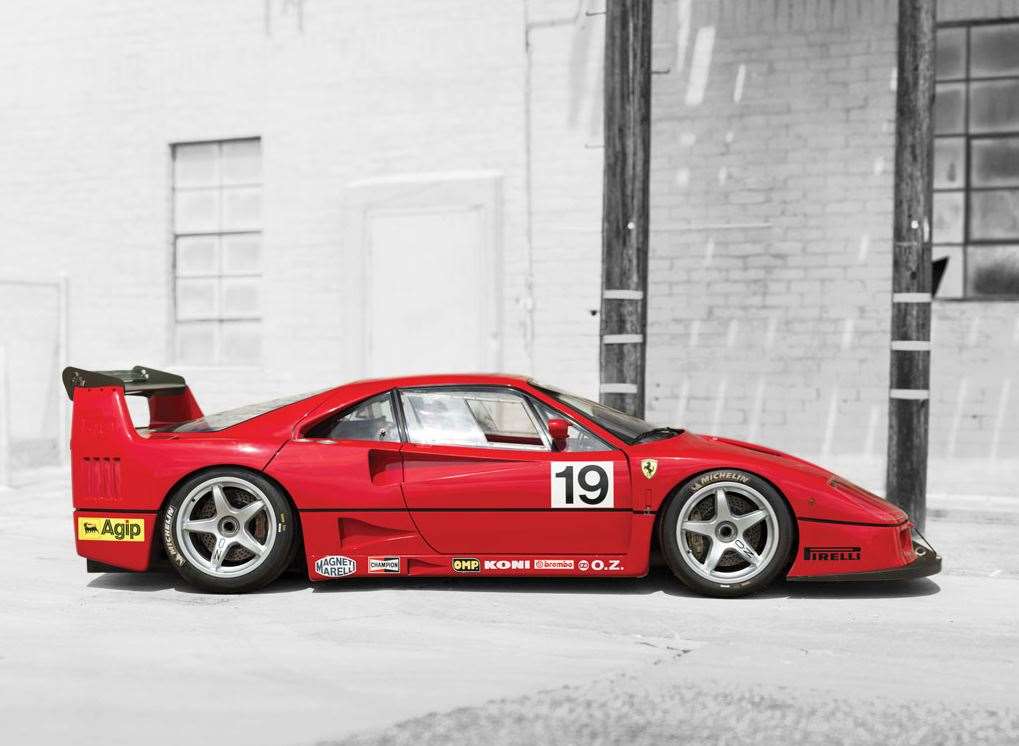 As it is, like most of you, the GRR team has to content itself with wishful thinking. And although none of us is ever likely to be able to afford such a thing, we’ve decided to single out this gorgeous Ferrari F40 LM for closer attention. It will be sold by RM Sotheby’s in Monterey tomorrow (13th August) and we reckon it could potentially smash its estimate out of the park. It’s figurative flight might even clear the adjoining car park too … Never originally intended for competition, the Ferrari F40 was campaigned with some success on-track by privateers, one of whom lobbied Maranello to have Michelotto build a run of cars specifically for racing. The chassis was reinforced, the body featured more aggressive front and wings, brakes and suspension were dramatically upgraded, the already-minimal interior was pared down further still  and even the flip-up headlamp units were replaced by fixed items. The upshot of all of this was a bodyshell and chassis ready for competition (this car is just one of two LMs built with pushrod suspension) and weighing just 1050 kilos. Next came the matter of horsepower. Displacement of the turbocharged V8 remained at 2.9 litres, but turbo pressure was upped along with compression, larger intercoolers were fitted as well as reprofiled camshafts and a new fuel injection system. The result was 720bhp. Not bad, but if the air restrictors were removed it was reputedly good for 760bhp!

It’s unclear exactly what happened to chassis 97904 next, but what we do know is that to this day the car has never been raced, not once. This makes it probably the most original F40 LM in the world. Delivered new to Ontario, Canada, it then found its way to Rhode Island in the States. It appears that the car was used in some capacity and was displayed at various events before its motor was sent to Michelotto for a full service in 2003. In 2013 it was fully serviced again by Ferrari of Central Florida and now it’s in California looking for a new owner. 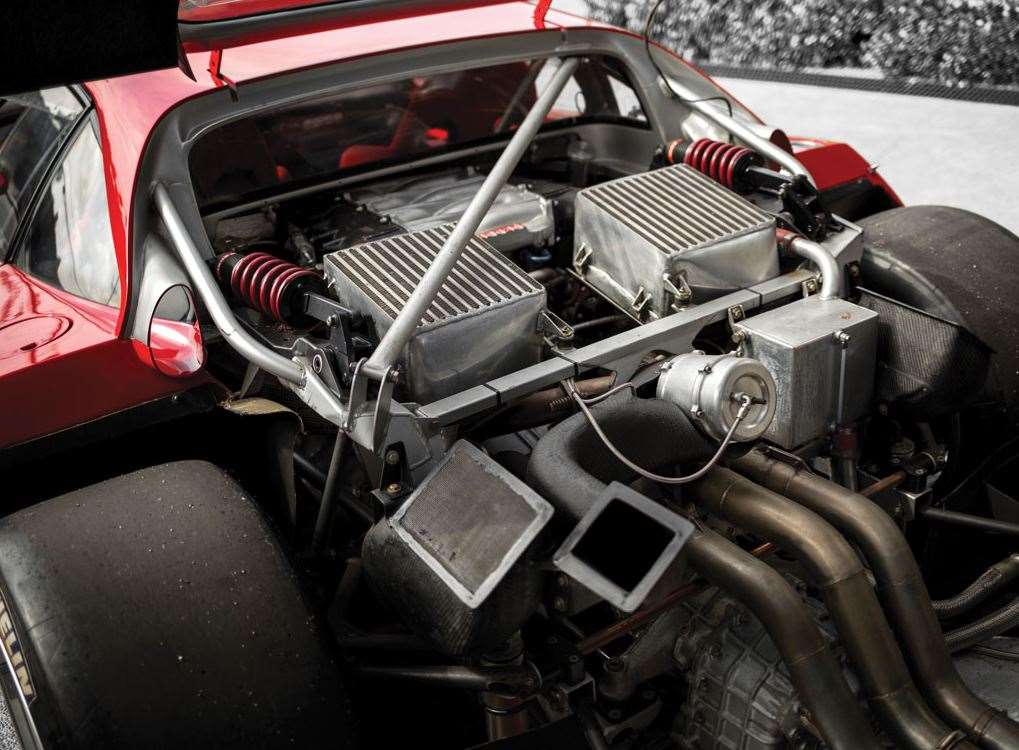 The upper estimate is just over £1.6 million. It’s a chunk of change over and above the price of a ‘regular’ F40, but as we’ve said on many occasions: ‘find another one …’ We think it could clear this estimate, which could mean its price might be what you’d expect to pay for another famous contemporary Ferrari …

So, this or a LaFerrari then …?