The Warwickshire-based firm, which has been a mainstay of GT racing for more than a decade, revealed the new car to the media at its Gaydon headquarters, while also confirming its plans for a three-car attack across the two classes for production-based racers in the World Endurance Championship – GTE Pro and GTE Am – and an assault on the Nürburgring 24 Hours on the fearsome, 14-mile Nordschleife.

With numerous wins in the WEC to date, as well as two class wins in the blue-riband Le Mans 24 Hours, Aston has an enviable record to uphold, so a reshuffle of the driver line-ups for the two GTE Pro cars and singleton GT Am entry, as well as modifications to the car, have been announced.

The #95 GTE Pro car will be driven by Danish duo Nicki Thiim and Marco Sorenson and a long-time star of the Aston team, Brit Darren Turner. The sister #97 machine will be pedalled by Kiwi Richie Stanaway, Brazilian Fernando Rees and a top name from the British GT series, Scot Jonny Adam.

In the GT Am class, in which there is a prerequisite for at least one of the three drivers to be categorised as ‘bronze’ (amateur), Portuguese ex-F1 racer Pedro Lamy and Austrian Mathias Lauda, son of three-time F1 World Champion Niki, will once again join forces with Canadian gentleman racer Paul Dalla Lana. 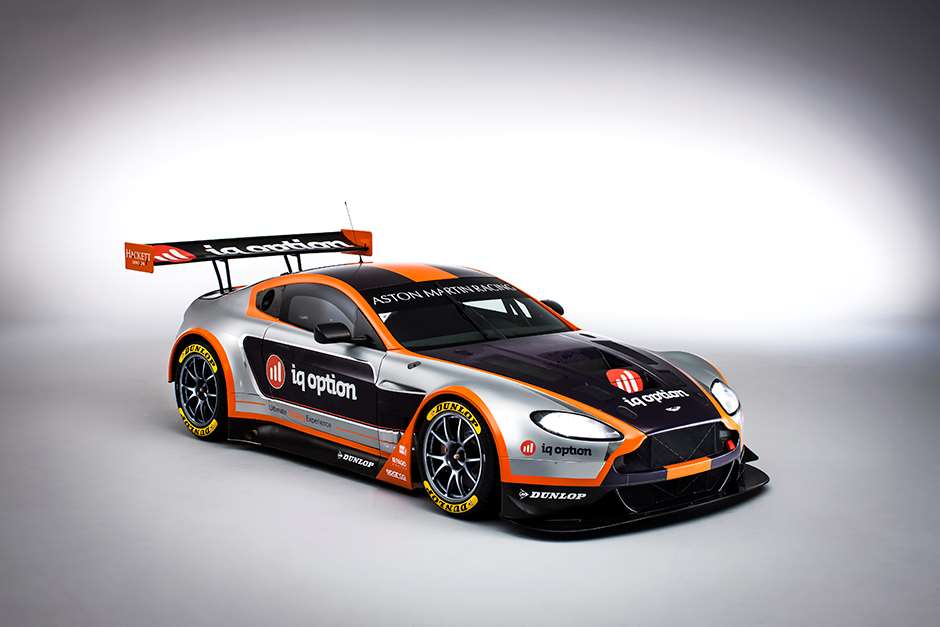 The V8 Vantage has benefitted from an aerodynamic overhaul, as permitted in the regulations, as well as a wholesale switch to Dunlop rubber, as the team aims to meet the challenge from Ferrari and Porsche and add to the silverware in 2016.

Another of Aston Martin’s flagship machines, on the road and racetrack, is the V12 Vantage and the GT3 model will fly the flag for the brand at the Nürburgring during the circuit’s legendary 24 Hours. The car, also running on Dunlop rubber, will sport a brand-new livery, courtesy of IQ Option, a global binary option broker. Drivers for the twice-round-the-clock enduro around the Nordschleife – one of motorsport’s key win-on-Sunday-sell-on-Monday exercises – have yet to be announced.