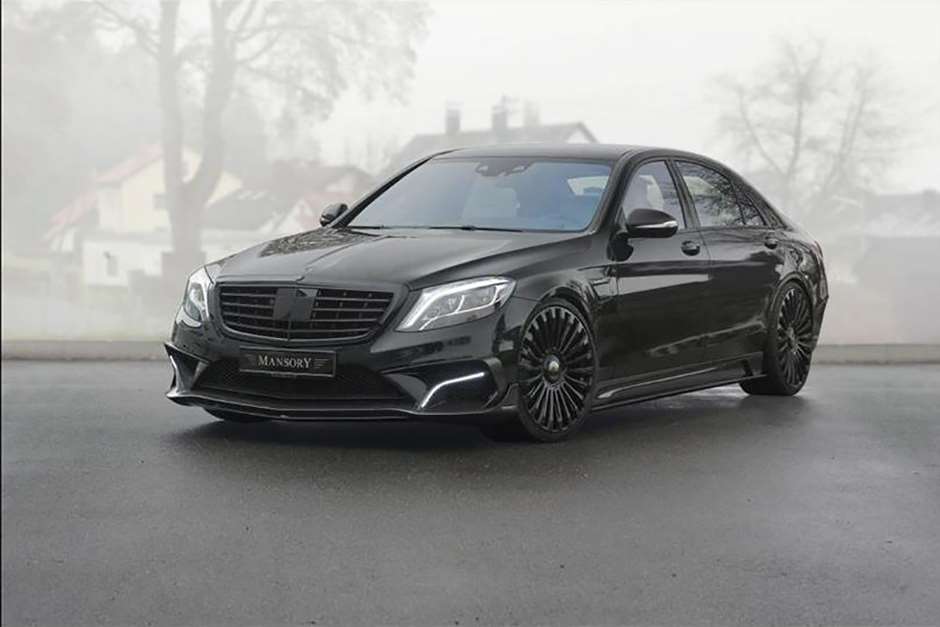 Not that we want to sound in anyway ungrateful for the fruits of the flipping-great-barrows-full-of-horsepower wars of the last decade or so, but when you can have an S-Class with 1000 bhp (well actually it’s 986. Probably because 1000 would have been, you know, a bit silly), surely we’re approaching the mechanical limits of what’s possible? German ‘luxury car modification’ firm Mansory is the latest to show its hand in the four-wheeled-Lear-jet game with its take on the already indecently-quick S63AMG I drove earlier this year. The M1000 sees the 585bhp twin turbo V8 thoroughly re-worked with new con-rods, bearings, bushings, turbos and even a whole new crankshaft to produce 986bhp and 1032lb ft of torque. The result of this lunacy is a zero to sixty time of 3.2 seconds and while I’m not so sure about the white interior, this means that few supercars will out-sprint the M1000… and they won’t have a fridge in the back, either. It’s just a shame that the top speed has been limited to 186mph, because with all that snort we’d love to see just how far past 200mph it could push. Of course, all-corrupting power isn’t for everybody. So, if you find the prospect of 986bhp a bit stupid and excessive there’s an altogether more sensible M800 version which makes-do with just the 788bhp. Frankly we’d settle for either to take on a pan-European thrashathon. The nature of these kind of situations is that when someone brings out a saloon with more power than the this car, it won’t have 1050 or 1080. No, I expect that the next big leap will be an executive rocket ship with 1300… or more. And to think, even Porsche 918 and McLaren P1 drivers do not know what it’s like to have the power of the M1000 …

Oh please let there be one at ‘Bahnstormer Sunday!