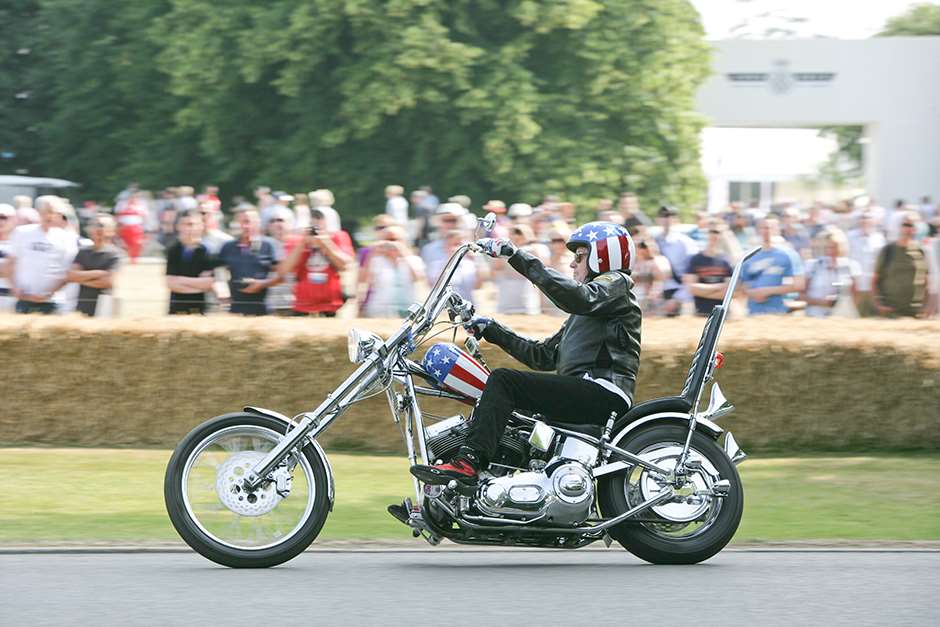 Captain America has to be one of the most famous vehicles in movie history. Easy Rider director and star Peter Fonda knew how important the two motorcycles would be for the film, and designed Captain America the day after he wrote the script. The teardrop tanked, fishtail exhaust piped Harley-Davidson became an American icon. 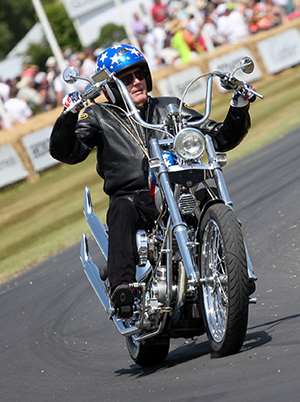 While only two bikes appeared in the film – Captain America and another Harley driven by Dennis Hopper – there were actually four used for filming, with a spare of each. Fonda bought the ex-Los Angeles Police Department motorcycles from auction before they were modified to suit the film.

Only one of the four survives, and it’s being offered by California auction house Profiles in History on 18 October. It’s expected to fetch $1m to $1.2, its value boosted by the disappearance of the other three motorcycles. They were stolen, together with 11 other bikes, before Easy Rider was released. It’s unlikely that the thieves knew they were handling bikes with such potential value, and they were probably stripped and sold as parts.

The surviving bike wasn’t in great shape at the time of the robbery. It was still in the crashed condition it finished filming, and was only later repaired. It was then owned by Dan Haggerty – who looked after the bikes during filming and had later fame in the Grizzly Adams TV series and film. He rode it often. The vendor is lifelong Easy Rider fan Michael Eisenberg, who previously co-owned Thunder Road House, a motorcycle-themed restaurant, with Fonda and Hopper.

The image above is of Fonda riding a replica of Captain America at last year’s Festival of Speed, and in the video below he talks motorcycles, Easy Rider and riots…