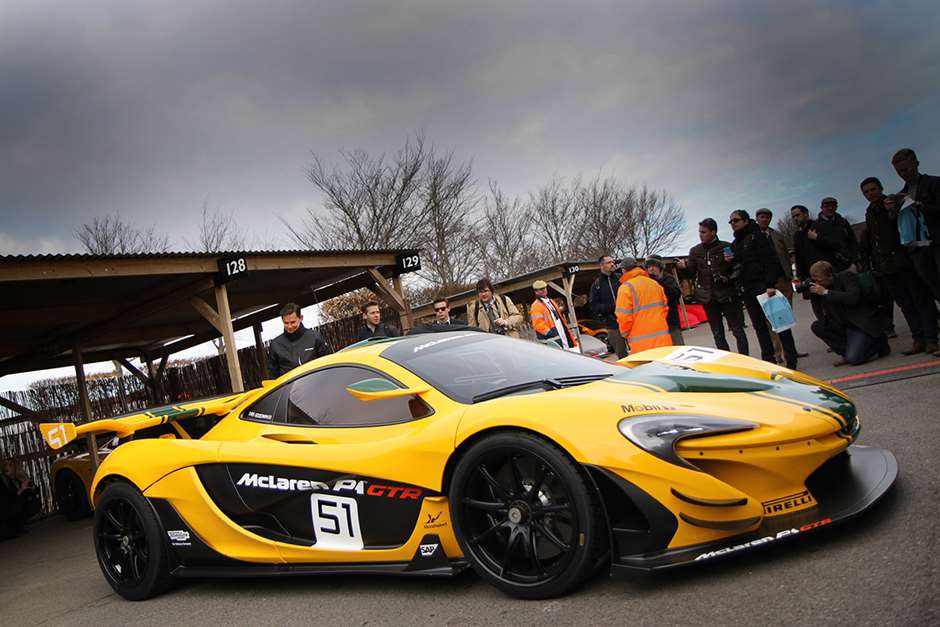 What do you do if you’ve bought a McLaren P1 hypercar and still worry that it doesn’t stand out from the crowd? How do you differentiate your wealth from those around you? How do you place your marker in the world of rarefied luxury, the point beyond which off-the-shelf luxury translates into personalised luxury?

You visit the men at MSO – McLaren Special Operations, is what. Two tales stand out from the crowd of ultra-wealthy clients: one is of a customer who asked for the colour of his P1 to be based on the shade of white that the Alps snow outside his ski chalet turned to as the sun rose each morning. You know, that moment when the snow takes on an iridescent blue hint… MSO came up trumps, naturally.

The second tale is of another P1 customer who wanted his McLaren painted the same colour as his 1958 Lamborghini, which had turned to a faded yellow. Someone from MSO flew out to Miami, where the Lambo was stored, mapped the bleached yellow paintwork with their special machine, came back, created a perfect match and called it ‘solar yellow’.

All this comes at a price, of course. One of the McLaren paints – one of those that changes colour as you walk round it, in this case from brown to bronze to purple to blue – is £5,000 a litre. That puts your Dulux magnolia satin in the shade doesn’t it? Funnily enough, the offhand joke about Dulux isn’t as wide of the mark as it seems, because the company who creates these paints and coatings for both McLaren’s road and Formula One cars, is AkzoNobel, who also owns Dulux.

As F1 technology eventually filters down to road cars, so high-performance automotive coatings and paint colours inform Dulux and other domestic paint brands owned by the company.

It’s very clever tech: according to Alan Foster, the extremely impressive and genial Operations Director at McLaren Automotive, each coat of paint on a McLaren road car is ’20 microns thick – that’s half a human hair’ – and each coat is applied by hand. On top of that, each different paint they produce for cars has to match industry standards to do with UV stability (so they don’t fade in the sun like that Lambo), chip resistance, high-pressure water jets and heat and cold cycles.

Is there any customer request for bespoke paintwork that McLaren has, or would, turn down, to protect its brand? Marques could afford to be more sniffy a couple of decades ago, but with the rapid emergence of wealth in the Middle and Far East translating into a wish for venerable British car brands, the doors of possibility are being forced ever wider open.

The MSO guys wince slightly when they mention a request for a ghosted image of a company logo on one of their cars; it’s meant to look like Zeus over carbonfibre apparently. The company is still deciding whether to agree to it.

Meanwhile, the AkzoNobel guys continue to look at new ways of coating the F1 cars so the different surfaces of all the paint colours don’t create problems for the aero guys where they join, while supertankers, a transport form that kicks the emissions of all the world’s cars into the tall grass, are being coated with AkzoNobel paints that mean marine life doesn’t stick to the hulls and transfer between different eco systems while they circle the world’s oceans. Oh, and did I mention Bloodhound? They do the paint for that too – imagine how strong and perfectly finished that has to be to withstand a potential (fingers crossed) 1,000mph.