So You Want To Buy A New Bugatti Chiron?

The car of 2016? It has to be Bugatti’s year doesn’t it? It’s not every day a car like the Veyron is replaced, and the new Chiron is (of course) going to be even more powerful, expensive and dramatic. Yes, and faster – at least 275mph.

Want one? In the UK there’s only one place to go for that – Jack Barclay Bugatti in London, the Molsheim firm’s sole authorised UK dealership – and only one person to talk to you: Anita Krizsan.

With (some) details of the new car now confirmed – including its name and an unveiling at the Geneva Motor Show in March – GRR headed to H R Owen’s flagship showroom in Berkeley Square to meet Ms Krizsan and find out what it takes to join the queue for a Chiron. Well, in theory at least…

It was a good day to arrive: Anita had just been promoted by H R Owen and is now Bugatti brand director for the UK, good going for someone who began by selling toys on a market stall in Hungary before coming to this country and getting a job as an admin assistant with Honda. But then Anita does have a knack of selling Bugattis. In 2013 she hit the headlines for single-handedly selling 12 Veyrons (new and pre-owned), raking in around £14m for her employer. She was presented with a new VW Golf for her record-breaking sales effort at a special presentation. ‘It was the best day of my life, after the birth of my daughter,’ she tells us. 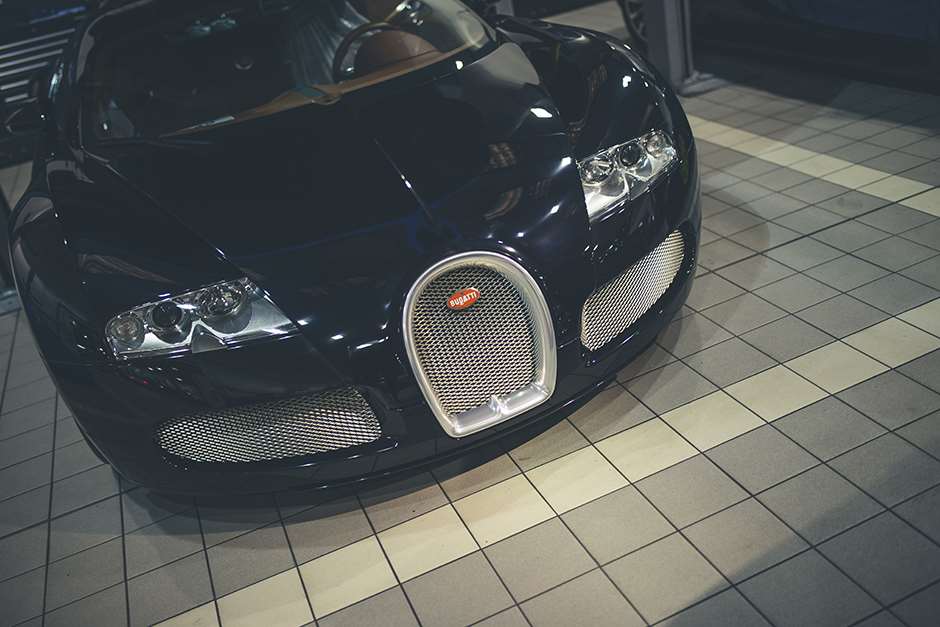 Of the 450 Veyrons created, 63 were sold in the UK and Anita estimates there are 40 in the country at the moment; they tend to flit around the world almost as much as their owners.

A-list Veyron owners were all invited to Molsheim in July to see the Chiron, of which 500 are to made. And, yes, even A-listers have to sign confidentiality agreements so no secrets escaped. ‘It was a challenge getting them all together,’ Anita says. ‘They are all lovely people but tend to be very busy.’ Those who missed the trip saw Chiron No1 when it stopped off in London recently (at a secret, top-security location) as part of a world tour. It’s off to Tokyo next.

Now – not owning a Veyron – we missed out on all of that and will have to wait until Geneva to see the Chiron in the flesh. But we are prepared to accept Anita’s assertion that all who have seen the car love it, and that in her words it is ‘simply spectacular.’ If also, she adds intriguingly, ‘a very different sort of car from the Veyron’. 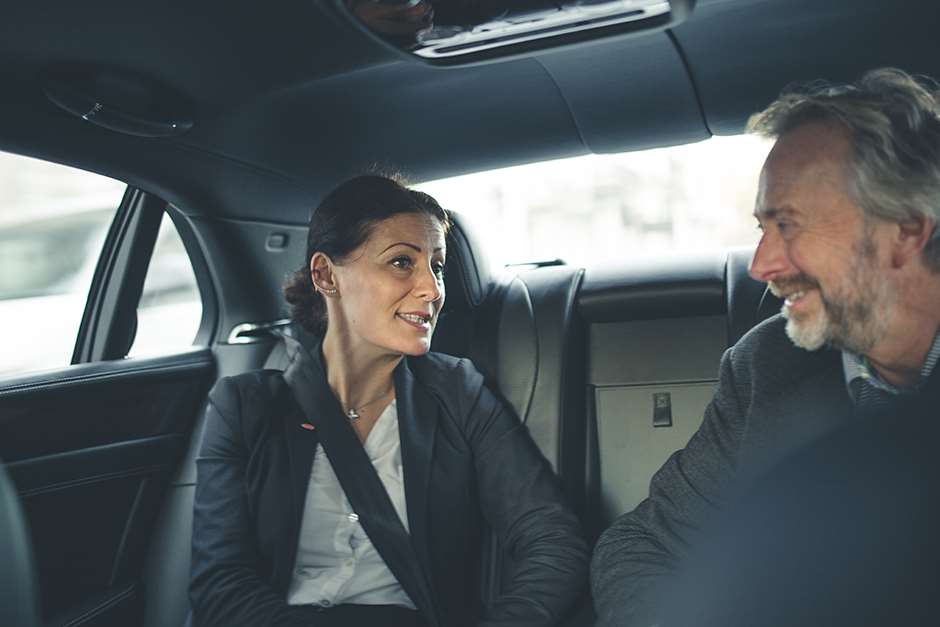 Anita Krizsan: Well, first we want you to understand you are not just buying a machine. We are selling a brand, a relationship and an artwork, as well as a car, and we want our customers to understand that, so first we always introduce them to Bugatti, and then the car.

Yes, yes, but how can we get the car?

You will have to sign a registration of interest form. If that is accepted by the factory you must pay a deposit of €200,000. Because you don’t have all the details about the car to make a final decision, the deposit is returnable so you can change your mind. All the performance data and technical details will be released at the Geneva show.

Can you show us a picture?

No! And don’t go by the scoop drawings, none of them is accurate. What I can tell you is that I was very sceptical about the car at first. I fell in love with the Veyron the first time I saw it, and I thought how can anyone create a more beautiful car than this? Then when I saw the Chiron I was mesmerised by it and now have fallen in love all over again. It has amazing presence. Well perhaps, but there’s a lot more super-sports competition these days than there was in 2005…

I see Bugatti as very different from everybody else. When the Veyron came out there was no other car with its price and performance, absolutely the best. Remember that was Bugatti’s first car (of the modern era, EB110 aside – ed). Now we are ready to move on and bring out something else. It is very exciting – and a very different sort of car from the Veyron.

If you want a test drive you may have to wait longer for a car. Most owners don’t have a test drive. If they go to the factory they get a passenger ride, most likely with Pierre-Henri Raphanel who has done over 5,000 test-drives in the Veyron. He knows the Chiron very well and can talk to you about how different it feels compared to the Veyron, which is very important.

Have you driven the Chiron?

Not yet but I will because driving the cars is part of my job. I have to be able to talk about how a Bugatti feels. I have driven the Veyron Grand Sport Vitesse at 350km/h (217mph) on a track, and without the roof! I had a cap on, there was no turbulence and I could hear the passenger talking to me. It was just amazing, a memorable and beautiful drive. 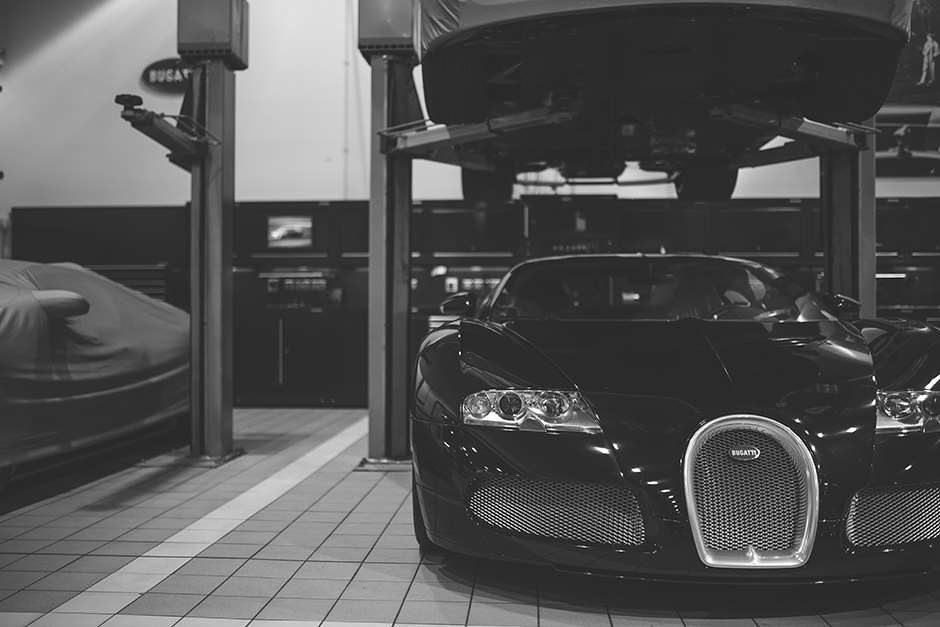 Ok, we want to sign an order, how much is the car?

The very last Veyron Grand Sport Vitesse was priced at €1.7m plus options, so was close to €2m by the time it was delivered. The Chiron is expected to be a little bit more than that. You pay by bank transfer, all in one go if you like (there are other options, but probably not 200 quid a month with a balloon payment, ed)

Delivery time depends on whether you are a Bugatti Veyron owner already and how many cars you have ordered in the past from Bugatti. They have to prioritise some customers of course. Depending on that you will get a delivery date (for all that, read: we are nowhere near the head of the queue – ed).

Can we go to Molsheim to pick it up?

Of course! We are trying to encourage owners to go to the factory for the handover. It is all included in the price. Getting your car at the home of Bugatti makes things a lot more special. It is a magical place. If you can’t make it to Molsheim we can do the handover at Jack Barclay in London, or at your home. We make the handover very special. 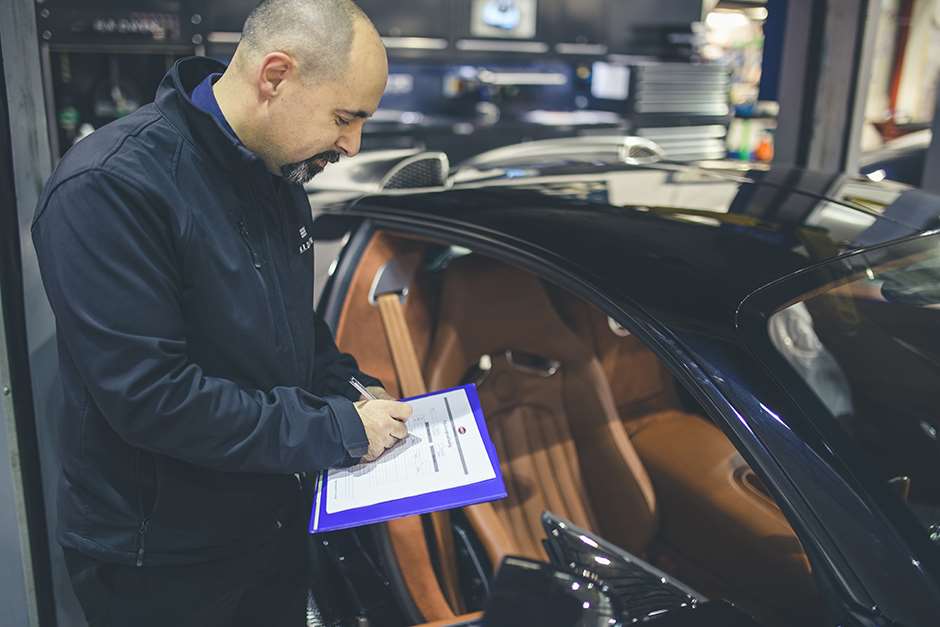 We’re sold on it! But are you going to beat your record and sell more than 12 in a year?

Yes! I have to beat my record.

Are you a natural sales person?

I would say so. My first sales job was selling toys in a market in a small town in Hungary and I loved it. I sold so many toys! I thought this is what I have to do.

When you have beautiful products you don’t need to sell them. You have to be able to talk knowledgeably about them but the secret is listening rather than talking. Listening to what’s important to the customer. And you have to like people, and be nice to them. At Bugatti the relationship with a customer starts when you sell them a car.