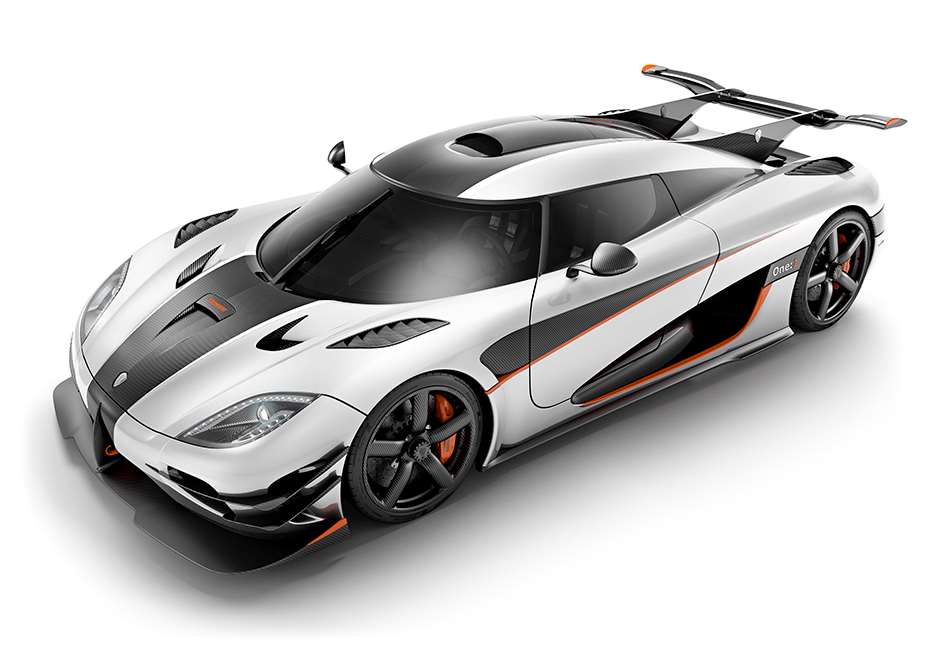 Given the seismic impact on the motoring world of the McLaren P1, LaFerrari and Porsche 918, it’s remarkable to think that just as we were all marveling (and rightly so) at the technology and performance of the popular triumvirate that Koenigsegg quietly raised the bar several notches in terms of performance and several feet in terms of exclusivity with the One:1 and in doing so created a new motoring segment – the Megacar.

You won’t need to be the keenest GRR fan to have noticed that we have a bit of history with the Koenigsegg One:1. Shortly before the 2014 Festival of Speed we were honoured to be the first people in the world outside of Koenigsegg to drive the Swedish machine, and the day before this year’s FoS kicked off we drove another one on the circuit here alongside the first Regera. Best day at work, ever? Yes. Both …

It’s hard to put the car’s performance into meaningful words. The best we can do is this: Think of the fastest-accelerating car you’ve ever experienced. Okay, now imagine it accelerating harder and for longer. Then imagine it accelerating harder and longer still. Keep repeating this thought process until you can imagine a car accelerating so hard and for so long that it is almost actually painful. Almost, but not quite. That’s what the One:1 goes like; seemingly unlimited performance. Sixty-miles-per-hour comes up in well under three seconds. That’s not bad, but the zero-250mph time tells the most astonishing tale of acceleration – 20 seconds. Let that sink in for a moment … Apparently, even at last year’s Geneva Motor Show and with all the One:1s sold, prospective buyers were offering enormous premiums over the already-lofty sticker price of $2.85m. A seventh car was made available (the silver one which we first drove) which was actually the first one built (and used for much of the development work), but that sold immediately as well. Today’s hot news is that this car is now for sale again with around 7,000km on the clock.

British purveyor of all things Koenigsegg, Supervettura, has the car and is offering it for sale at $6,000,000. Yes of course that’s a huge figure, but then again with a total of just seven cars being built, what price exclusivity? Certainly with 450 units built the Veyron cannot compete in that department, and with there currently being no others available, if you just have to have your own One:1 in time for Christmas your search is over. While we’re still on the subject of cost, consider also that in the current market you’re likely to pay £2,000,000 for a LaFerrari which is around double its new retail price and 499 of those have been built.

So there it is; surely the most expensive contemporary used car on the planet? The Regera will be along before too long, but as exotic as it is Koenigsegg will be making many more than just seven of them. Mind you, a little dickie-bird tells us that there might be another One:1 on the market again soon, so dont feel too down if you happen to miss out on this one.