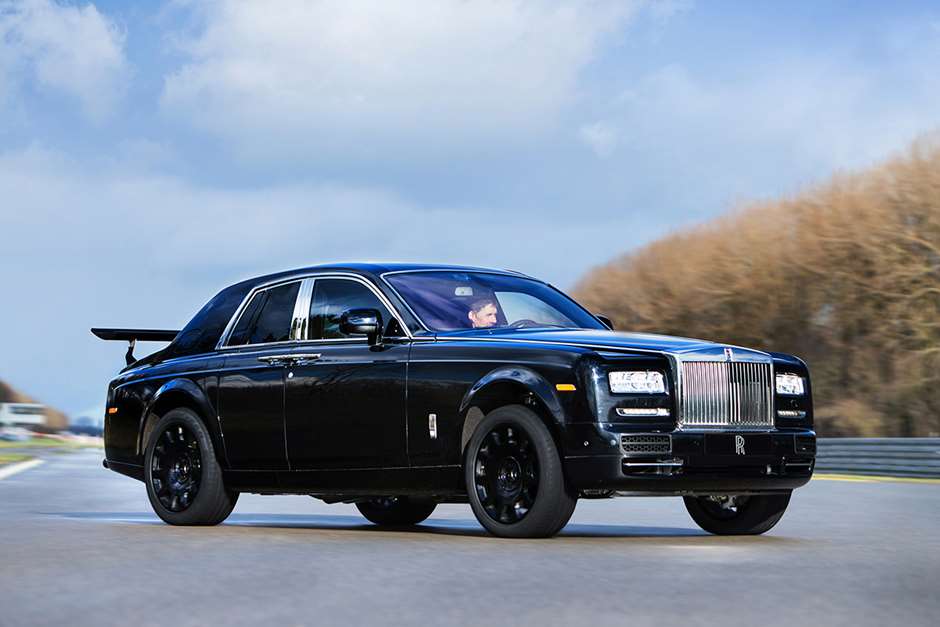 A week earlier, and we might have guessed Rolls-Royce was playing an April prank with this trio of pics of the first engineering mule for ‘Project Cullinan’, otherwise known as R-R’s ‘high-sided, all-terrain motor car’.

It’s that comedy spoiler on the boot-lid that raised our suspicions but no, it’s a serious prototype based on a shortened Phantom Series II body. It has been created, we’re told: ‘purely to begin the development of an all-wheel drive suspension system that will deliver a ride that will be Effortless… Everywhere’. (Was that last part the sound of a new marketing slogan being tried out?) So what of that impressive touring car-style spoiler? Well, we can’t say for sure but we think it’s something to do with creating the extra drag required to mimic the aero qualities of a big high-sided SUV-type vehicle… the nice man from Rolls-Royce being at pains to state the test mule bears no relation whatever to the actual Project Cullinan design. (Which we assume will feature a luxurious and elegant rear space designed to cater for the ultimate in tailgate parties, when it arrives in 2017.)

Neither, apparently, will that spoiler be making an appearance in the current Phantom II options list – but if we were specifying a new Phantom any time soon we’d be making very serious enquiries about it… The development prototype is about to start a test programme on Continental roads, and Rolls-Royce has issued pictures now to save everyone the trouble of photographing it with their Smartphones and speculating about its purpose on the internet.

Sadly we’re not likely to see anything of Project Cullinan on the roads around the Goodwood Rolls-Royce factory for quite some time. But if we do, we’ll keep you posted!