Chris Harris And The Green Porsche 911 ‑ A Love Rekindled There is some well-worn idiom that suggests a man should never revisit a romantic relationship years after the original event. I do not know it by heart, but I can sympathise with the sentiment. Repeat episodes often lead to disappointment and, acknowledging that mechanical relationships are of course more important than those of a human kind, I have always thought it unwise to go back and drive or own cars you once held title over and thought unbeatable. Progress is a harsh judge of past glories.

About eight-years ago I woke up with one of the many urges that have cost me too much money. I wanted to build a classic 911 with the performance of a modern 911, and enough usability to make it something more than a Sunday afternoon tool. I built it with my old friend Richard Tuthill, and it really was quite wonderful. I have never said I would keep a car forever, I view ownership as transient process, not least because I can’t afford to keep each car I love and simply buy another. The green 911 was as close to a keeper as I’ve come, but in the doom of 2008 both Richard and myself needed some liquidity and the green car was sold to Switzerland.

Since then, at least once a month I’ve been asked what became of it – a situation I have allowed to perpetuate by leaving a picture of the thing as my icon on all social media channels. Well, a few months ago the car came up for sale and Richard told me we had to have it. It’s parked outside my house right now and I’m so, so thankful he went ahead and bought it as I procrastinated. Tuthill’s business is mainly rally cars, so the base of this car is a full rally shell. We took a ’72 car and set about making the perfect fast road machine. There are a series of excruciatingly embarrassing videos detailing the build of the car somewhere on YouTube, and it really was a labour of love.

It was the most liberating, self-indulgent thing I’d ever done, or will ever do. The car had to be ST in shape, with 8 and 9-inch wheels. It had to have a 3.4-litre motor with over 300hp. It had to run a G50 gearbox, causing all sorts of problems with the rear torsion beams. It had to run Exe-tc’s crazy dampers. And it had to be green: signal green. 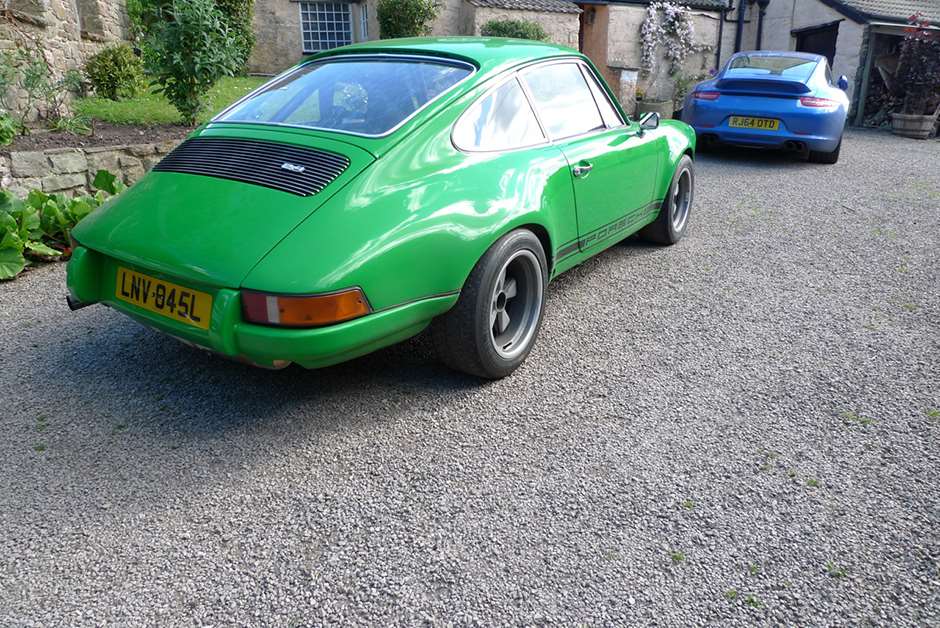 The end product was stunning, but it arrived just as a company called Singer unveiled its homage to Butzi’s masterpiece and it was rather forgotten. Since selling the car in ’08 I’ve fallen in love with everything about Singer, and I have to say I was genuinely worried that ‘Kermit’ would feel both slow and un-special afterwards.

I shouldn’t have worried. It’s the most sublime road car. The motor is torquey-as-hell, and yet it revs to 7300rpm easily. It’s small, agile, it sounds magnificent. It reminds me why I love cars and driving. We’ve fitted a new, more simple, single-adjuster Exe-tc dampers, which I’m playing with and, being a few years old now, it could do with a little tidy-up here and there. But, for now, I want myself and Richard to enjoy the fact that you can revisit old work and be proud of how good it was.

There will be a much more detailed update soon. Don’t want to waste time writing when I could be driving!