Let’s not beat about the bush – Ferrari is the marque that most people would really like to own. The problem with classic Ferraris of late is that most of them have got awfully expensive for the majority of us, but let’s put a bit of a positive spin on it and say that they have become ‘less affordable’.

The affordable classics segment has seen some significant growth in recent months and £50,000 won’t buy you what it once would have, although of course there is absolutely nothing wrong with non-Italian cars that have less than eight cylinders…. The good news is there are still some affordable Ferraris out there – but you need to be careful what you buy. Here’s a list of what to consider with technical advisory notes kindly provided by the classic Ferrari specialists at Foskers. The 308 GT4 was the starting point for the mid-engined V8 Ferrari. The ‘like it or loathe it’ Bertone design didn’t win over all of the critics, but it was nevertheless well received by the press who called it ‘the car for which nearly every Dino 246GT owner has been waiting… delightful to drive and worthy of bearing that most famous name’. They drive really well and four seats will help sell the concept to your other half if the looks don’t. Is it a real Ferrari? Well, if it isn’t, neither is the 308 GTB/S 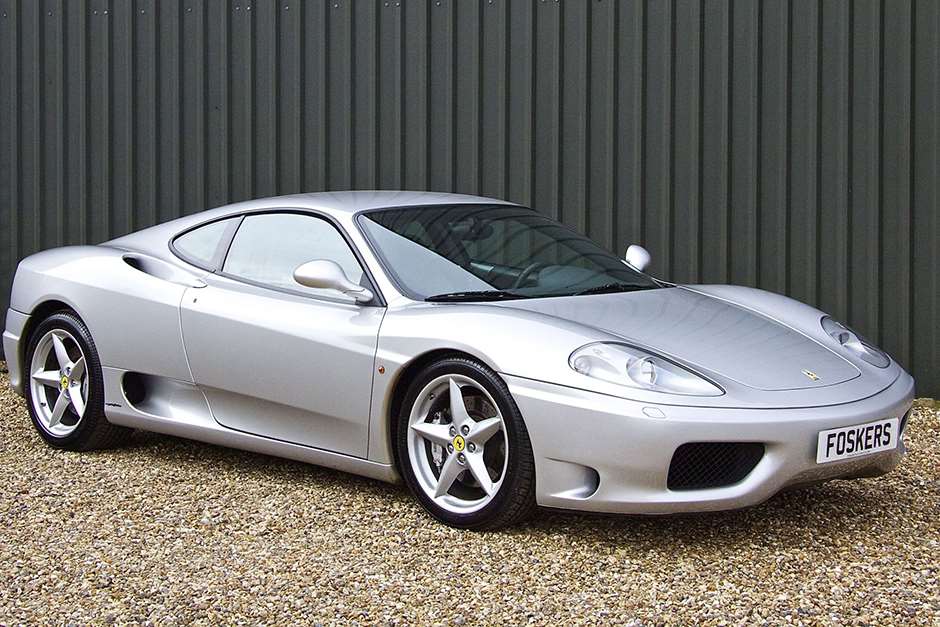 The Ferrari 360 was the company’s first production car with the chassis, body shell and even the suspension wishbones all constructed from aluminium. 360s that have been well cared for will drive absolutely beautifully and can still hold their own against modern supercars. There are no major weak points on the car, save perhaps for the ball points. These would be replaced as complete front or rear sets, so budget £1000+VAT per ‘end’ (£2000+VAT for all four corners). Most importantly they are one of the prettiest Ferrari’s of recent years and the shrill V8 sounds amazing. These cars were Ferrari’s flagship GTs when new. The 400 and 412 were very cheap to buy at one point (there are known purchases for less than £10k – can confirm this as I took one as a part exchange against a Defender), but they have never been cheap to service or keep on the road (as an example, a new front brake disc for a 400 is around £500 for the part alone). As a result of the perceived ‘bargain’ status, many were neglected by people who bit off more than they could chew. It is consequently rather difficult to find a truly good example now, but if you do, it will prove to be a smart, luxurious and useable classic Ferrari. I can’t say I have ever cared for these cars but they do have their fans. Much like the 400 and 412, as these cars were so cheap at one point, it is now very hard to find really good examples. Most need quite a bit of work, and many are quite simply too corroded to be financially sensible to rescue. Nevertheless, the V8 engine is a reliable unit, running costs are not unreasonable, and the performance of the 3.2 and T in particular won’t disappoint – think modern-day hot hatch in terms of pace. The bargain of the bunch? The 348 was a huge step on for Ferrari, being its first production car to use a semi-monocoque pressed steel chassis. It was a much bigger car than its predecessor – the 328 – and its longitudinally-mounted engine produced 300hp; good for 0-62mph in 5.6 seconds. These should be great cars to buy now as they offer a bona fide mid-engined V8 supercar experience. The styling is arguably not as ‘timeless’ as the later F355, but then again you’ll pay around 60% more for one of those with equivalent mileage and similar condition. Look out for the extremely rare 348 GTB and GTS models. Only 14 of the former and 15 of the latter made it to the UK; they offer an even better driving experience, and of course you’ll pay a premium for the pleasure. The Ferrari 456 GT has been the subject of much media attention in 2015 which has generally speaking lead to a dramatic increase in prices and a diminished supply.

At launch the 456 was celebrated as the world’s most powerful 2+2. A completely new 5.5-litre Ferrari V12 engine was mated to a six-speed manual transmission, with a sophisticated suspension set-up. In 1996, the Ferrari 456 GTA four-speed automatic was launched, followed in 1998 by the Ferrari 456M or ‘Modificata’. Updates to the engine management, interior and aerodynamics were added, but performance was unchanged. By today’s standards the 456 doesn’t feel that fast, but it is an immensely luxurious and comfortable GT car. As long as you’re not expecting it to feel like a rapid sports car, you won’t be disappointed.

So – the affordable Ferrari does exist. I would add the usual important advisory that you should always try to buy the best car you can within your budget and that good provenance and service history are very important. My money would go on a RHD 348, but buy a good example of any of these cars from a reputable specialist and you won’t be sorry.