Audi adds to the R8 by taking away…

Audi has revamped its entire R8 sports car line-up and, while most will be dazzled by the funky new LED lighting (including a bizarrely good Knight Rider-like rear indicator design) or impressed with the fantastic new 7-speed dual-clutch transmission, keener drivers will be eyeing up the innocuous looking ‘Plus’ added to the name of the previous range-topper, the V10 model.

On one hand it’s a bit of a misnomer, as Audi has actually taken stuff out of this car. The V10’s adept adaptive damping system is gone, as is that model’s high-end stereo. The result (along with replacement of the seats with lightweight carbon-backed items) is a 50kg weight reduction. That alone doesn’t explain the jump in the power-to-weight ratio though. For that you have a tweak of the engine management system to thank, as peak power is up from 518 to 542bhp. The whole torque curve has been lifted accordingly and maximum torque is up 7lb ft to 398lb ft.

When you have over 500bhp at your disposal, such gains may sound a trifle insignificant, but it takes only five minutes behind the wheel of the Plus model to come to the conclusion that this new version is even more ballistic. The 0.1sec gain in the 0-62mph time and the 2mph higher top speed really don’t tell the full story. 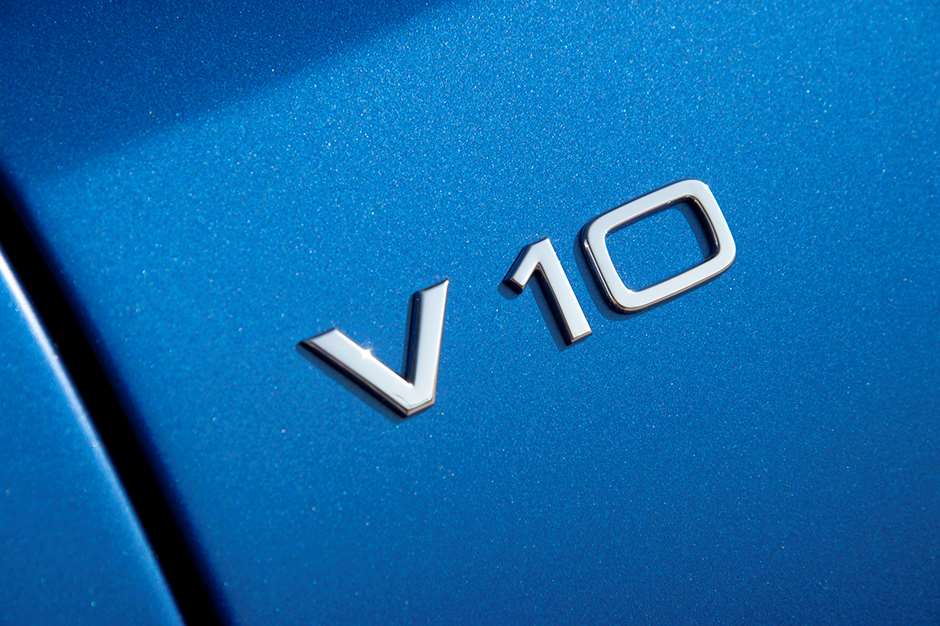 As in the regular R8 V10 there’s a Sport button and we can’t understand why it isn’t in this mode by default. It sharpens up the throttle, reduces power steering assistance and, when the S tronic gearbox is fitted, treats the driver to gratuitous throttle blips every time you change down a gear. Lest we forget, the exhaust bypass valve is held open too, so it’s much louder – and hence far more exciting to drive.

That new dual-clutch transmission is a marvel. Leave it in fully automatic mode and it’s as smooth as any unit of this type, but take control yourself and it responds accordingly. Especially in Sport mode.

It’s a shame though that the paddles aren’t a little more tactile. They are larger than those fitted before, but in a car like this you expect hard metal or carbonfibre, not plastic. Saying all that, and as impressive as the S tronic gearbox is, we’d still opt for the six-speed manual version with its distinctive open alloy gate and the unmistakable click-clack as you move through the gears. Track day regulars, or those lucky enough to live near mostly smooth roads, won’t mind the fact that the suspension has fixed damping. Indeed, the Plus model has bespoke geometry for its aluminium double wishbone suspension, including altered front camber. The springs and dampers are unique too, while massive carbon brakes are standard on all V10-engined versions of the R8.

And on track it’s sublime, as you’d hope. We were unfortunate to hit the circuit during a downpour, so the car’s outright speed and agility were not tested, but its communication and rock steady body control were. The steering is a hydraulic rack and pinion system and there’s plenty of feedback through the flat-bottomed rim.

It’s all too easy to forget that Quattro four-wheel drive is standard, until you feel the front wheels help pull the car back on line when exiting hard out of a corner. Audi reckons only 15 per cent of the engine’s output goes to the front wheels normally, with a maximum of 30 percent when required. And it certainly can be cajoled into leery power slides.

Away from the confines of a smooth race track the Plus version is more difficult to justify. Driven back-to-back with the regular R8 V10 the new car does feel faster, but it’s hard to overlook how much of an all-rounder the magnetic adaptive damping makes the standard model. For that reason we’d stick with it and spend the change on a few tempting options – like those lightweight seats. And perhaps find someone to remap the engine…