Ferrari 250 SWB ‑ The Ultimate All Rounder? 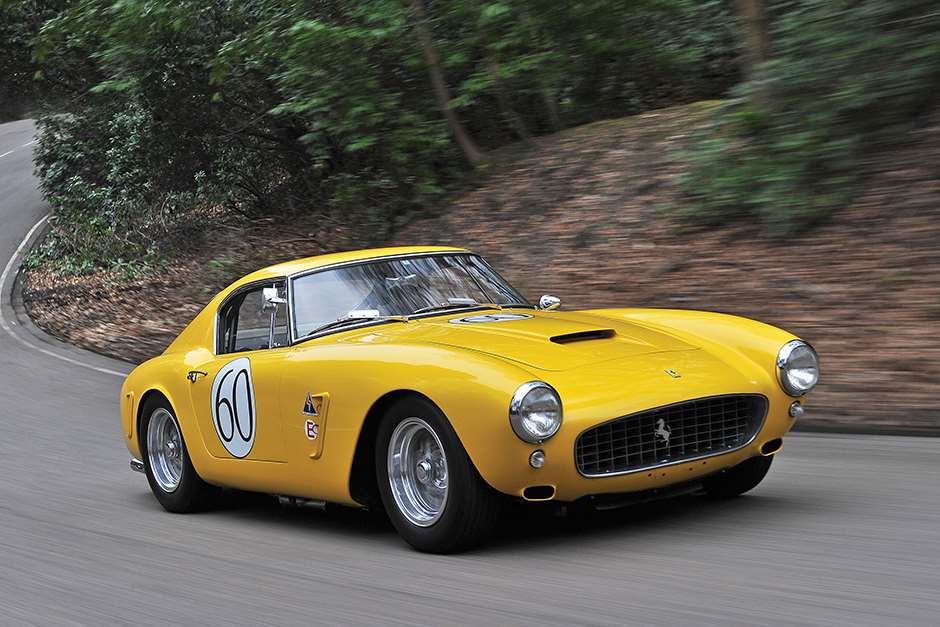 One of the great Stirling Moss Goodwood stories is that he won the 1960 Tourist Trophy driving a Ferrari 250 SWB while listening to songs and commentary of the race he was leading on the car’s radio. It seems so implausible I thought the tale probably apocryphal so I checked it out in Doug Nye’s splendid book ‘Stirling Moss, My Cars, My Career’. And there it is, in Sir Stirl’s own words, exactly as I remembered it.

If it seems little more than preposterous that Moss could win one of the top sports car races of the era while relaxing to a little Tommy Steele and Marty Wilde, I expect it raised a few eyebrows at the time; but it said quite a lot about the man and even more about the machine he was in. Truth is the 250SWB was not just the most competitive GT racer of its time; it also represented the end of an era, not just for Ferrari, but the sport. 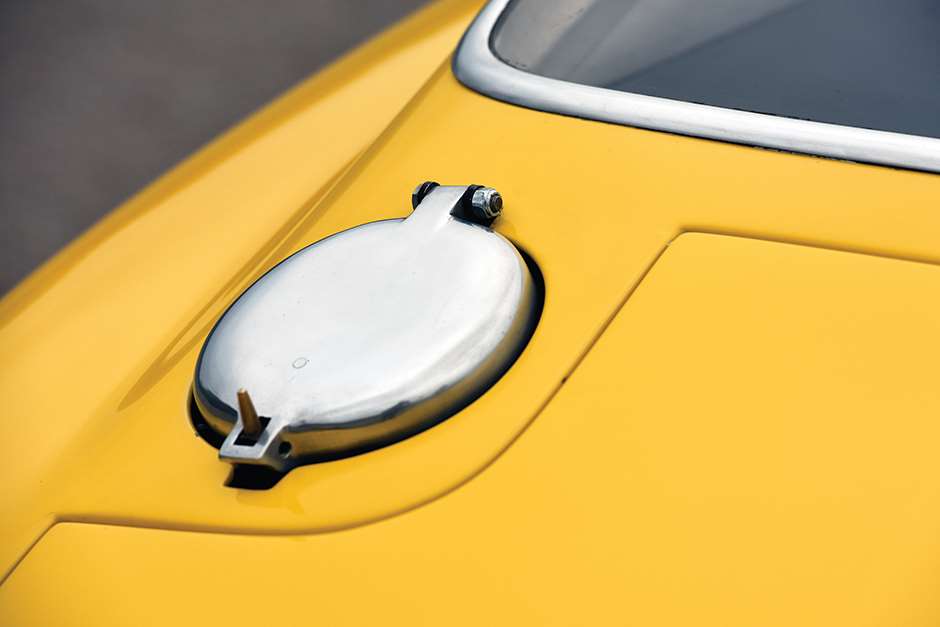 This is why I love the Short Wheelbase and why the prospect of driving one of the 72 aluminium bodied cars (out of total production run of just 176) kept my pulse thumping for most of the night before. I concluded it is a Ferrari like no other, including dare I say it, the 250 GTO that succeeded it, a car that was better in every measurable way on the track. 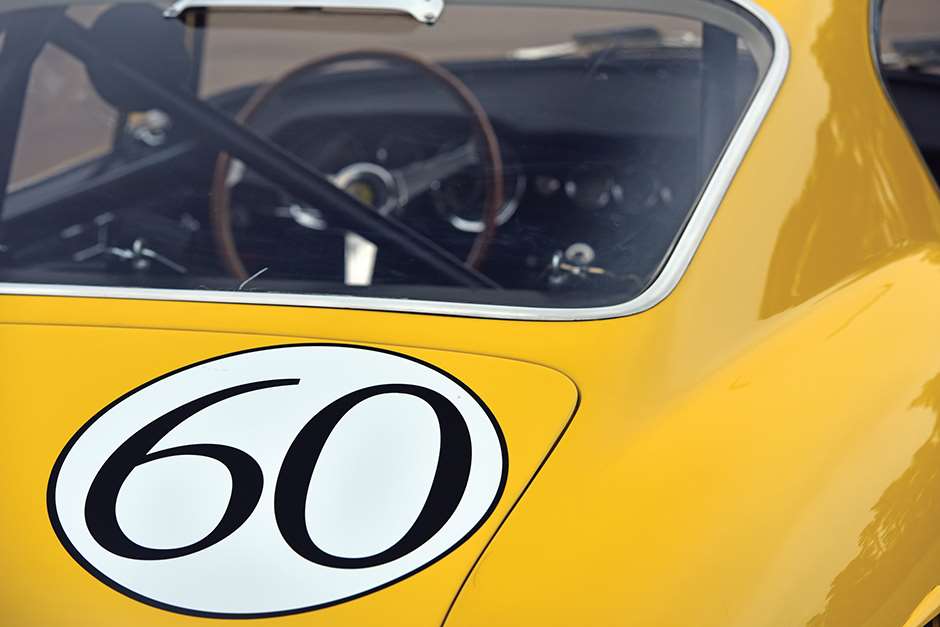 In fact the SWB wasn’t just a great competition car, and winning races like the TT was only part of the remit. Yes it was an incredibly successful racer, coming first, second, third and fourth in class at Le Mans in 1960 and third overall the following year – a GT car on the podium of a race expected to be populated only by prototypes. Moss raced SWBs a total of eight times, and won seven, retiring from the eighth. But so too was it something else entirely. 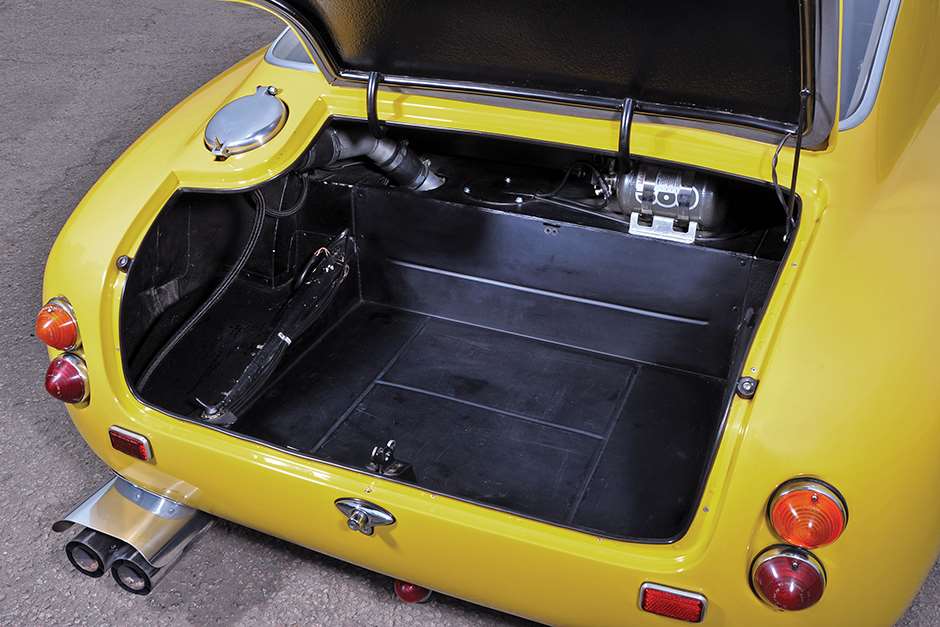 The car you see here in striking Giallo Fly paint could have done any of these things. But it didn’t. Instead it was bought new and used by a Florentine doctor for stooging around Tuscany, and what a lovely way of passing the time it must have been. And whatever the GTO has over the SWB, the truth is it is a rumbustiously noisy racing car that’s road legal because that’s what the regs required it to be. In the entire history of Ferrari, and for all I know the whole car industry, there has never been a car so spectacularly well suited to the diametrically opposed interests of both road and track. 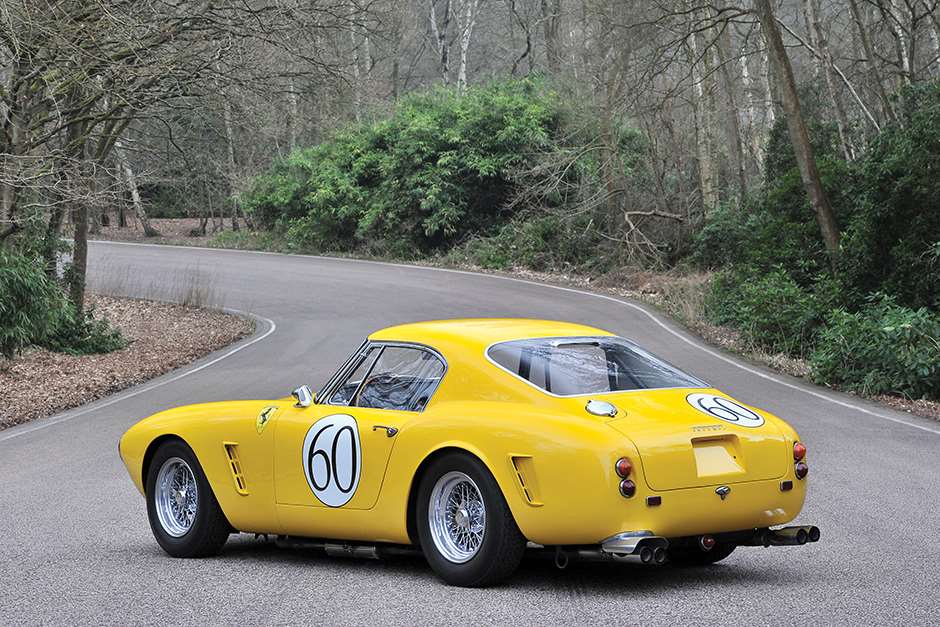 There is no snake oil here, no clever trickery employed by Ferrari that made it that way: when it was first shown in 1959 the Ferrari 250 Berlinetta SWB was a completely conventional design even by the standards of the day. Cars had been fitted with aluminium bodies for decades and the process of bolting them onto ladder frame chassis dated back to the horse and cart, as did leaf-sprung rear suspension. The gearbox had four gears, like the Rolls-Royce Silver Ghost in 1907, and even the disc brakes that now sat behind those unimprovable Borrani wire wheels were new only to Ferrari. Ah, but the engine, surely the engine was a state of the art design? Surely not. Gioacchino Colombo’s 60 degree V12 motor could trace its roots back to the birth of the Ferrari marque in the 1940s and there was nothing special about the layout even then: V12s had been around in cars before the first world war as had engines with four valves per cylinder and twin overhead camshafts. The Ferrari had neither. 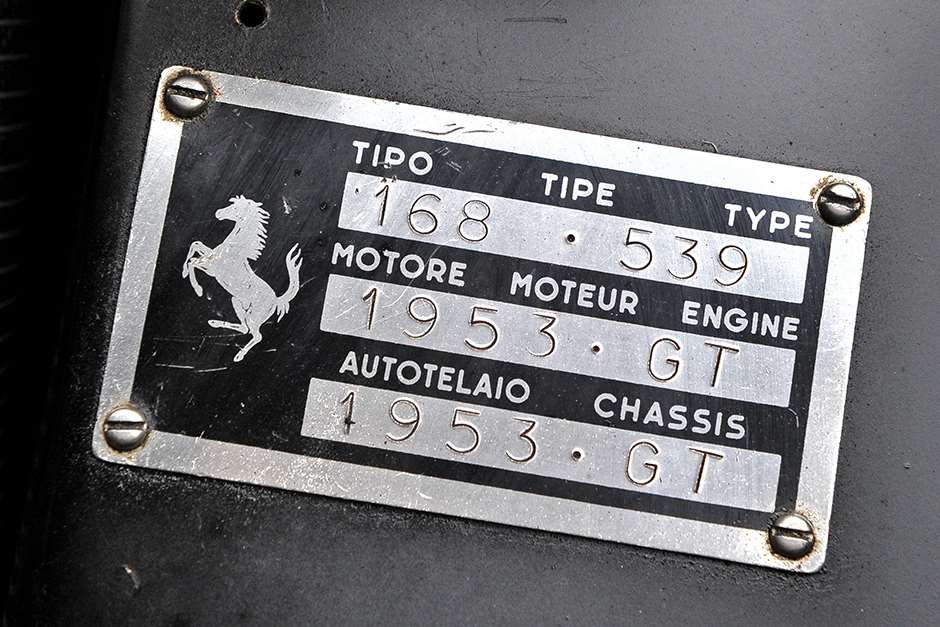 What it did have was some very conventional and proven engineering, developed to point it delivered potential that could probably not have been achieved by any other manufacturer at the time, at least not while retaining reliability. And, let’s not forget, probably the single greatest reason the SWB enjoyed such success on the track is that someone like Moss could thrash it to death for hour after hour and it would never, ever break. But it did, didn’t it? Well, yes, that retirement came while leading his class by miles at Le Mans in 1960,but only because the team left the standard road going fan on the engine, which was never designed to run a 7700rpm along the Mulsanne Straight for 24 hours, with the result that it detached itself, carved through a water hose and caused the car to lose all its coolant, a turn of events for which neither the car nor Moss could be blamed.