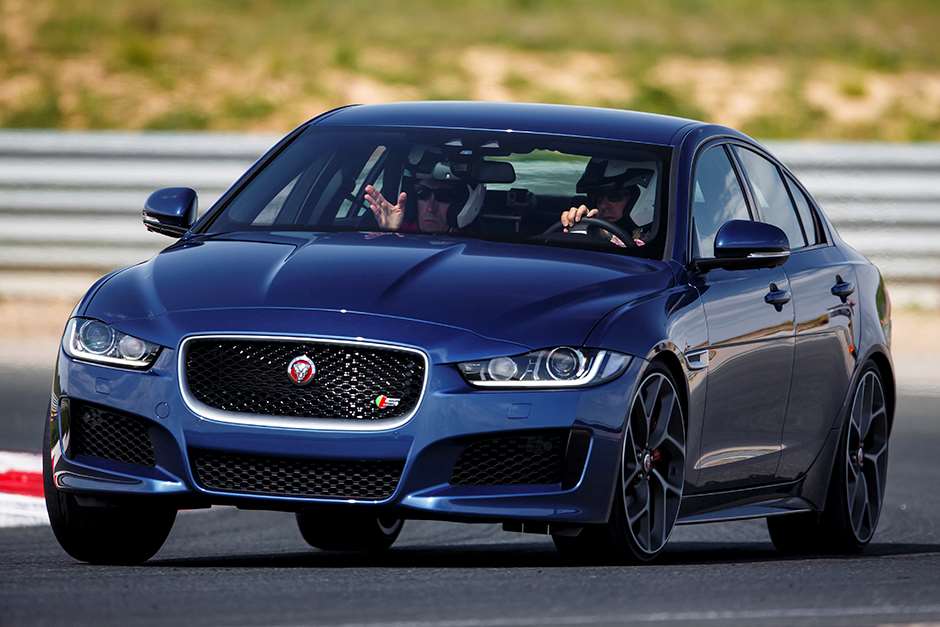 It might be owned by the Indian company Tata, but Jaguar remains a very British organisation. Take its new challenger in the compact executive saloon market, the XE. It will come with two versions of the 2.0-litre ‘Ingenium’ diesel engine, put together at a purpose-built factory in Wolverhampton, while the whole car is completed in Solihull – with its crisp design penned by a team headed up, as ever, by Scot Ian Callum. You feel like if you cut the XE open, it would bleed red, white and blue.

But don’t mistake it for some traditional wood ’n’ leather anachronism outshone by the unstinting, stolid excellence of the German marques. The XE is an advanced car, epitomised by the aluminium-intensive architecture that sees 75 per cent of the saloon’s body made up of the lightweight metal. Its body-in-white structure, as a result, weighs a mere 251kg and yet the XE also has excellent torsional rigidity. So can it pull off a difficult trick in upholding two of Jaguar’s long running, but often mutually exclusive, traits: being a convincing sports saloon on one hand, and yet proving quiet and unruffled on the other? Let’s quickly outline the launch range that you will be able to view in Jaguar dealers from May, ahead of first customer deliveries in June. Those Ingenium units are a 161bhp/280lb ft entry version that can apparently return figures of 75mpg and 99g/km CO2 (meaning no road tax), or a slightly more powerful 178bhp/316lb ft model. Both come with a six-speed manual gearbox as standard, an eight-speed ZF automatic is an option.

The petrol range also has two power trims from one engine, a 2.0-litre turbocharged four-cylinder making either 197bhp/206lb ft or 237bhp/250lb ft, but there’s a star atop the XE tree – the 3.0-litre, supercharged V6 S model, delivering a meaty 335bhp and 332lb ft. All petrol models are equipped with the eight-speed automatic gearbox only and – for now – all XEs are rear-wheel drive. 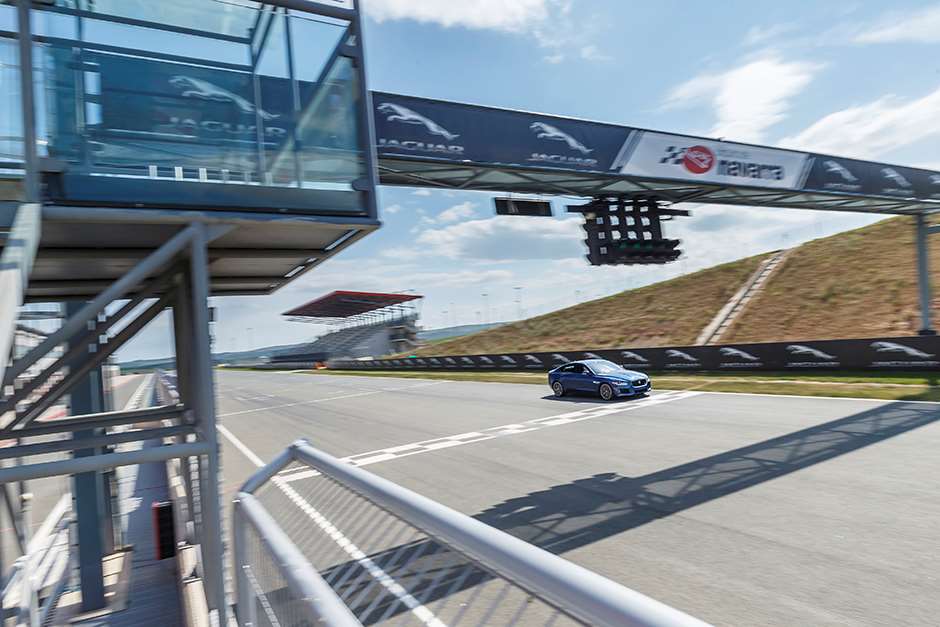 Having tried the more powerful versions of both 2.0-litre engines, the outlook is very, very positive for the XE. The diesel, in particular, is massively impressive, it’s smooth, has really linear power delivery, likes to rev and curiously never sounds like a diesel, even when venturing up to 4500rpm. The petrol is a lovely crisp unit too, but we suspect not many people are going to opt for the 237bhp engine in the UK – which is a pity, because it’s a fine motor. If we’re honest, a Jaguar deserves an automatic gearbox and, good as the six-speed manual is, the ZF 8HP45 transmission is a delight to operate, with fast reaction times and nicely weighted paddle shifts. All XEs have magnificent, serene ride characteristics and excellent levels of noise suppression too, so cruising in any of them is pleasurable. 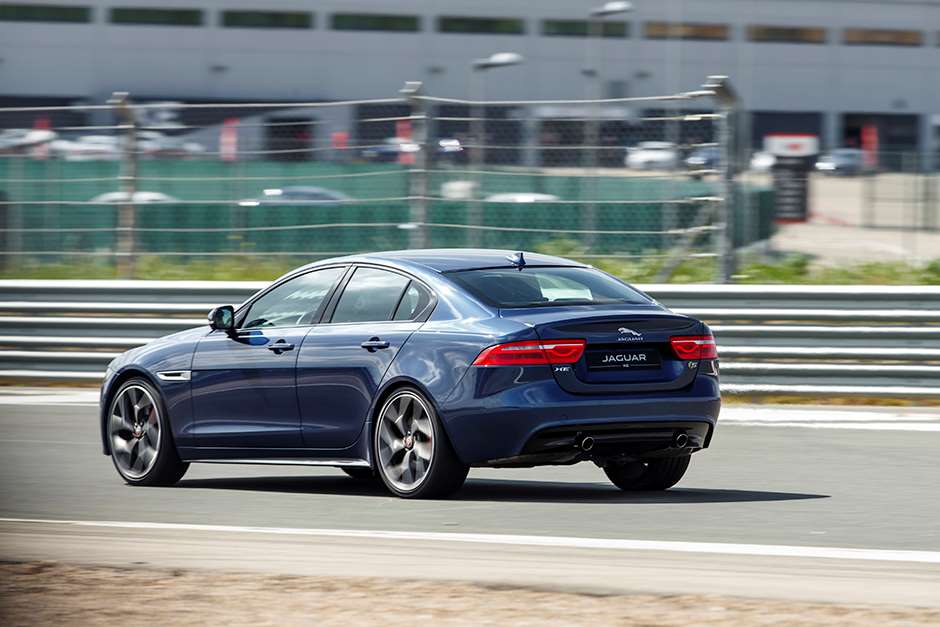 But let’s get to the flagship, the XE S. It’s not exactly cheap, with its supposed equivalent in the forthcoming XF range likely to be around the £50,000 mark – £45,000 basic isn’t much of a drop for the smaller XE. Yet it’s worth every penny, as we can safely attest that this is one of the finest sports saloons we’ve tried. The XE has an absolutely superb chassis that’s both adjustable on the throttle and reassuringly benign near the limit. The steering, which can be a tad nervous and inconsistent in comfort settings, is pin sharp and weighty in Dynamic mode. Body control is top notch, there’s plenty of suppleness in the damping to ensure the Jaguar never gets skittish on broken surfaces and the 3.0-litre engine is remarkable, with the exhaust overlaying proceedings with a mischievous soundtrack. Barrelling along twisting mountain roads at intense speeds, you wouldn’t be having any more fun in a BMW 335i M Sport than in the XE S – in fact, we’ll go a step further and say we’d comfortably pick the Jag over the German. Problems are few but, as nice as the XE’s cabin is, with its new InControl infotainment system and ‘Riva Hoop’ sweeping around the front of the cockpit, there remains the lingering suspicion that it’s not quite as good as the interiors found on the BMW 3 Series or Mercedes-Benz C-Class… and there’s a new Audi A4 due out later this year, which is bound to raise the quality bar. Rear passenger space is a bit cramped with the driving seat in place for a six-footer and if you opt for the manual, the leather gear gaiter looks old-fashioned and a touch cheap. Other than that, though, this is a genuine British success story. The XE feels premium, it can ride almost as well as an XJ, and, when you decide to get on the pace on a challenging road, the Jaguar shines dynamically. Thank goodness for that Indian funding, eh?