Give me an indulgently-powerful car with its engine located where the good lord intended, driving the wheels at the back, some luggage space, comfy chairs and a radio that doesn’t crackle. Generally speaking, I’m going to like it.

Styling? Well yes, some of that would be nice. Ride and Handling? Well these days, how bad can it be?

So I’m keen to have a go in the new Lexus RC F. Its normally-aspirated 5.0-litre V8 is rated at an extravagant 471bhp, there’s an 8-speed automatic transmission, its got four seats (-ish), and a decent boot. But seeing it here in the Goodwood car park I can’t decide whether the styling is pretty or unnervingly garish. It has quite a lot of ‘styling’!

I’m inclined to find it unnerving at first – having been startled by the impressively ‘hooky’ nature of the RCF’s nose in profile – but three days later find myself liking the way it looks. It’s certainly different. The RC F’S interior is different too. In spite of the rakish coupe roofline and comfy bucket seats you sit unexpectedly high and, while the bonnet is heavily tapered at the nose, it appears quite flat from the drivers’ seat. Combined with the wide but steeply raked windscreen, this means you’re looking over it through a letterbox-shaped slot. It feels like sitting in an SUV after a Brontosaurus has trodden – albeit carefully – on the roof.

Lexus offers an antidote to the Germanic approach inside too, and while that implies various ergonomic imperfections, there are loads of gadgets to admire and play with. A touchpad with haptic feedback controls the main functions on the screen (in place of the rotary switch that has become commonplace), there are electrostatic sliders that adjust cabin temp at the touch of the fingertips, and the dashboard swaps between unusually different graphic display treatments depending on your mood. Or rather your powertrain mode. If it’s all a bit non-PC from a puritanical driving perspective, it’s definitely rewarding if you like to know when you’ve been gizmo’d – and in established Lexus fashion it’s all beautifully screwed together.

On the road, this V8-powered coupe doesn’t quite offer the same sense of ‘honed-on-the-racetrack’ sharpness that AMG or BMW rivals possess. The RC F’s muscularity is blunted slightly by its size and weight, although a 4.5sec 0-62mph time and 168mph maximum hardly sell the car short. However, the VVT-i-equipped V8 does lack a bit of low-end ‘stomp’, and really gets into its stride after 4,500rpm. Which is great if you’re ‘in the zone’, but can occasionally leave the RC F feeling non-plussed in the cut and thrust of daily motoring. 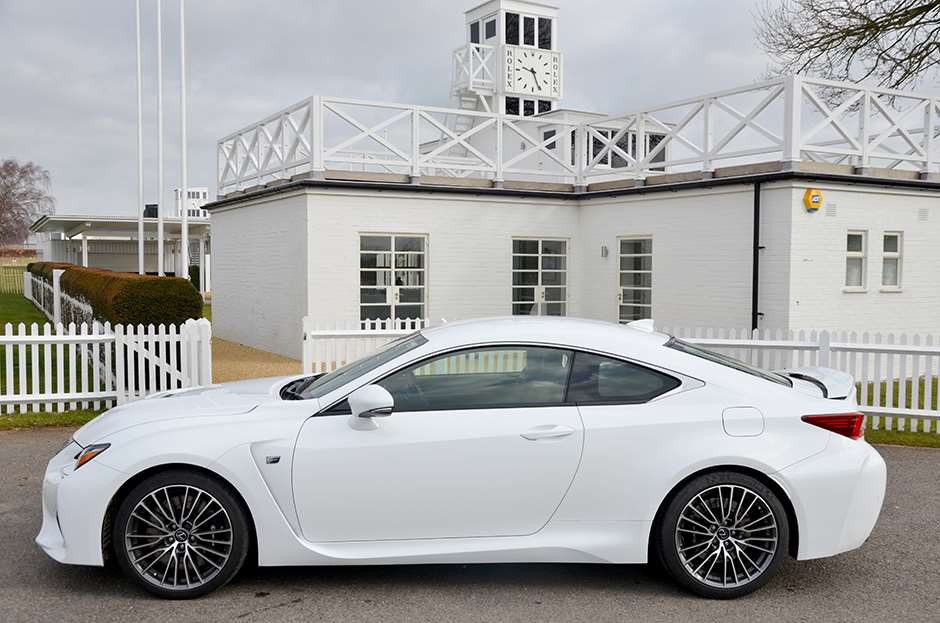 The car’s mass is evident when cornering too, which I don’t think can be entirely blamed on it weighing a couple of hundred kilos more than it ought to. The set-up isn’t as honed; the steering less arrow sharp, and the body control not quite managing those ‘physics-defying’ sensations of stability in extremis that we’ve come to expect from an M3 or a Nissan GTR.

That’s in spite of a spec-list that includes a torque vectoring rear diff, hefty brembo discs and meaty 255/- and 275/35R19s on the front and rear respectively, but in truth on the road it’s hard to tell whether that difference in sensation would amount to a meaningful ‘actual’ disadvantage on a race-track. 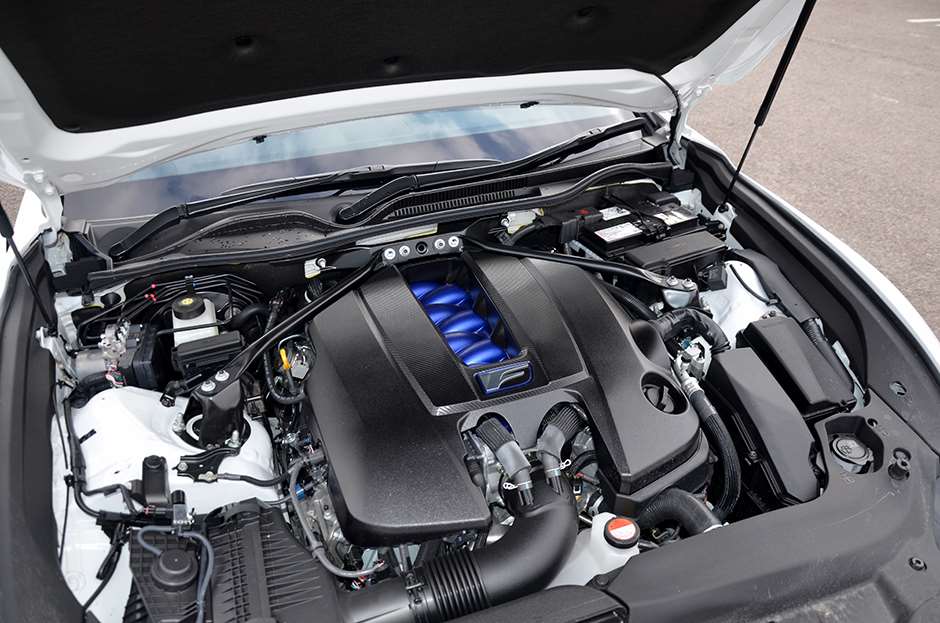 Anyway, I drove the three-and-a-bit hours from West Sussex to Devon – and back – in a day, and handed back the keys to the RC F wishing I didn’t have to.

Perhaps it’s not perfect in ultimate performance terms, but it’s extremely fast, refined and comfortable. Combined with its distinctive appearance, terrific build quality and luxurious appointments, that should make it – in the UK at least – an interesting choice for performance motorists who don’t wish to follow the herd.