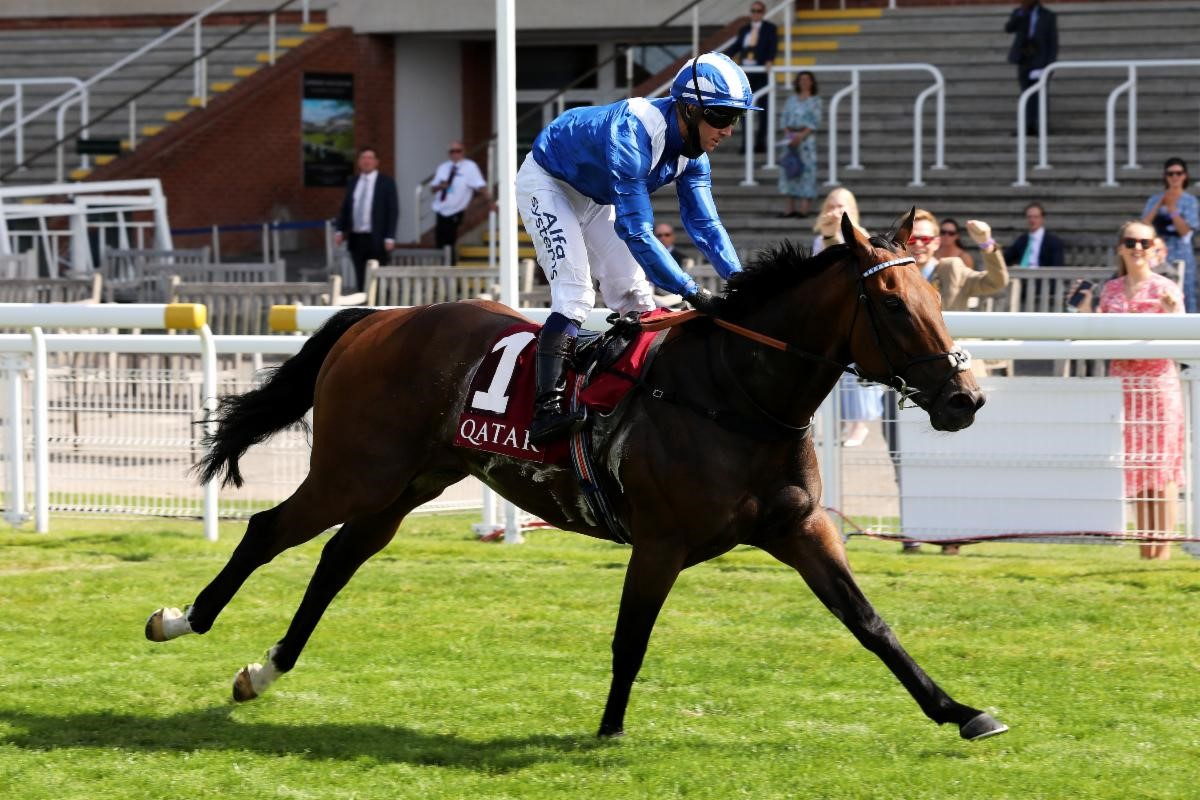 Outstanding sprinter Battaash (Charlie Hills/Jim Crowley, 2/7 Fav) won the G2 King George Qatar Stakes for the fourth year in succession. He won the five-furlong contest in a time of 55.62s, a new course record. The previous record was 56.20s, set by Battaash in this race a year ago.

The six-year-old gelding, owned by Hamdan Al Maktoum, was in front after the first two furlongs and never in any serious danger thereafter, coming home two and a quarter lengths to the good of Glass Slippers (Kevin Ryan/Tom Eaves, 14/1).

Trainer Charlie Hills said: "Battaash is so talented and we are very proud to have a horse like him in the yard.

"He is a six-year-old now and racing is so lucky to have six-year-olds like Battaash, Enable and Stradivarius still doing their stuff.

"Just to be involved in a horse like him just means everything really.

"He has broken his own track record. It is brilliant. Four consecutive Group Twos takes some doing and I am just so proud of him.

"Battaash is not the biggest horse in the world, but he is well-balanced and a true athlete really.

"He might only have two more runs this year and for a six-year-old, he is lightly-raced really.

"We are looking forward to the Nunthorpe now. We'll get that hurdle done and then look at the Abbaye probably. Who knows what is going to happen, it is a strange year and no-one really knows what the future holds.

"We'll keep going until he tells us he is not what he is today."

Jim Crowley said: "He was good. He was getting a bit lonely out in front. It is really hard to find horses quick enough to lead him and he was in front a long way. He was just idling and I had to give him a couple of taps to keep his mind on the job. He is so fast.

"He is very consistent now and, if a horse wants to take him on a race, good luck to them. He is so quick, he just kicks them off at halfway.

"He broke his own record in the race. It is a great team effort from everyone, from the team who put him in the stalls to Charlie [Hills, trainer], Bob [Grace] who looks after him, Victoria who rides him at home. It has been a great week so far and hopefully it is not finished yet."

For a video interview with Charlie Hills, please click here: