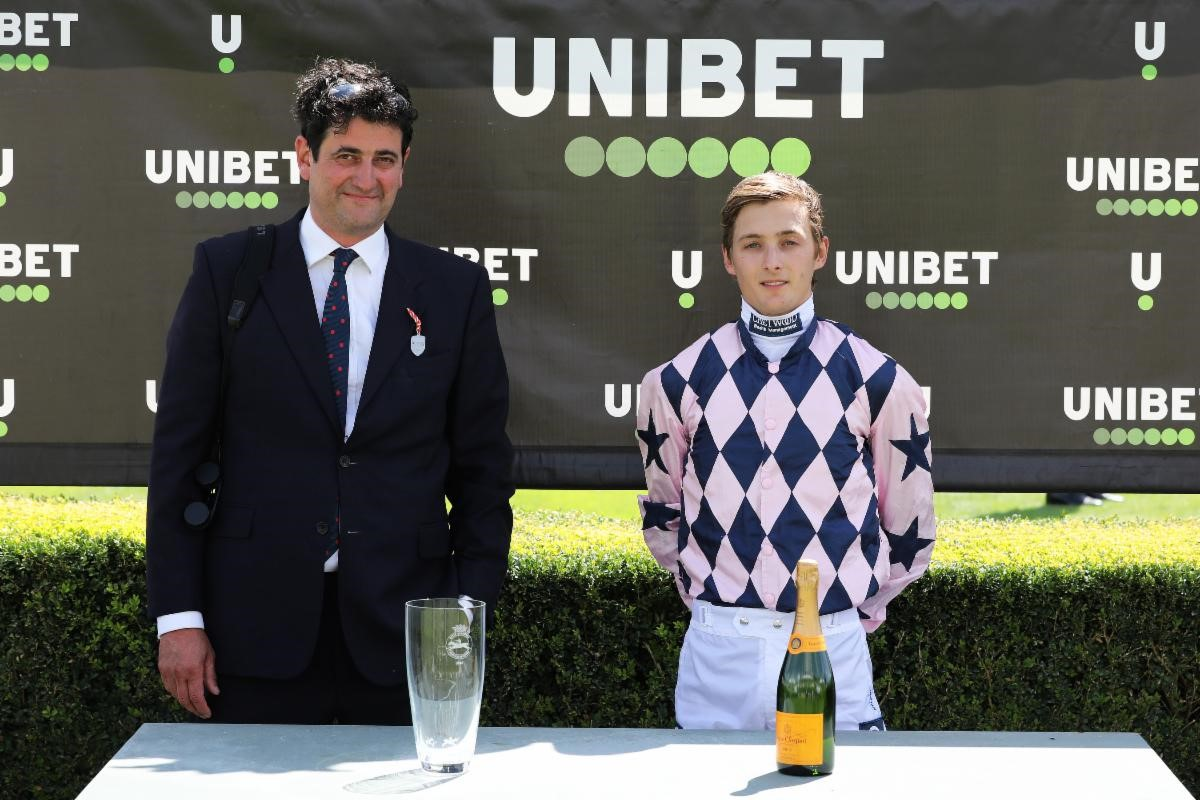 Treacherous (Ed de Giles/Harry Bentley, 7/1) was the comfortable winner of the six-furlong Unibet Stewards' Sprint Handicap, the contest for horses eliminated from the Unibet Stewards' Cup.

The six-year-old delivered his challenge entering the final furlong and was never in any danger thereafter, coming home a length and three quarters to the good over Dream Today (Jamie Osborne/Saffie Osborne (7), 22/1).

Winning trainer, Ledbury-based Ed de Giles, said: "Treacherous is improving all the time, it seems, but he is a big horse and has obviously taken time to mature. He has not been over-raced considering his age, but he would be relatively fragile - he spends most of his time swimming between races now he is fit. He just keeps pulling out more and more. He doesn't do a lot in front normally, so that probably helps us as we've scaled up, so we don't get clobbered too much each time.

"At some point, we will hit the handicap ceiling, and we'll probably pop him in a Listed race at some point. I think the ground today was perfect for him. His post-covid comeback run, when he was second, was on slower than ideal ground, and his run at Ascot last year was disappointing, but I put it down to ground. We had a small setback with him so he came back in a bit later - we wanted to do an all-weather campaign with him - and I just wanted to run him a couple or three times on the grass, because I thought he would be nearly as good, and it has now proven so.

"We were going to give him a break now, but if you can find races where the prize-money is reasonable. He will have a break at some point because he has been on the go for a long time, but I would much rather be running him on the grass than the all-weather in the winter. I know there are good prizes to be had, but it's probably more enjoyable."

Harry Bentley added: "That was really good from Treacherous - he has done it well.

"We were probably drawn on the wrong side. All the pace ended up on the stands' side which I thought would be the case.

"I was always just searching for cover. I ended up having to just him down the middle of the course. I probably hit the front sooner than I wanted and he ran around in front, but he had the class to get him through.

"Treacherous is a very good horse."