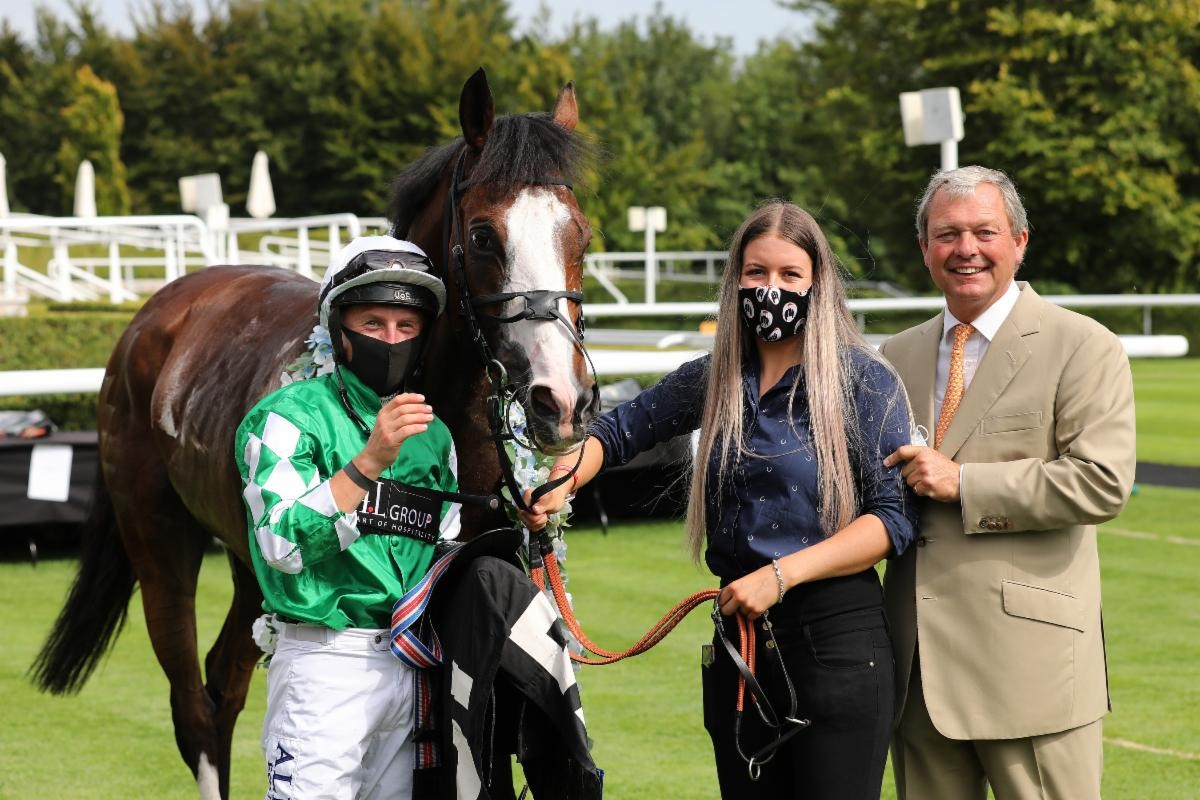 Trainer William Haggas and jockey Tom Marquand enjoyed a 12.75/1 double on day four of the Qatar Goodwood Festival as Pablo Escobarr (9/2) won the G3 L'Ormarins Queen's Plate Glorious Stakes. They were on the mark earlier in the afternoon with One Master in the G3 Saint Clair Oak Tree Stakes.

Pablo Escobarr was always travelling well and in touch with the leaders. He made a forward move passing the two-furlong marker and was in front entering the final furlong. He took the honours by a cosy three-quarters of a length from last year's winner Desert Encounter (David Simcock/Jim Crowley, 11/4 joint favourite).

William Haggas said: "Pablo Escobarr is a dear horse and I have made a mess of him, really, because that's the first time in ages we've dropped him in and given him a chance to get organised.

"He showed a nice turn of foot; we've been leading with him because he lacks a turn of speed, but today, ridden better, he has won a better race than he's been running in, so I owe an apology to his owner, but we got right today and I thought Tom gave him a beautifully kind ride."

Talking about the success of One Master and also about the second-placed effort of My Oberon, who suffered interference in the G3 Bonhams Thoroughbred Stakes, the Newmarket handler continued: "One Master is six years old now and a very good filly, but there is only one G1 over seven furlongs in the calendar, and we wait for that. In the meantime, she had no penalty today. She was the best filly in the race; it was always going to be dodgy from trap one as to whether she was going to get a clear run, but she did. I spoke to the owners last night and said, we are going to ride it for luck, and if it doesn't happen she will finish on the bridle and probably out of the places. Those are the margins there are. It worked today - it doesn't always.

"My Oberon is an improver. We weren't planning to make the running at all, and we thought that the King Power horse would lead and then he got left in the stalls, so I thought that Tom [Marquand] rode a sensible race. He was still green. I haven't talked to Tom properly and I haven't seen the race other than live, but the horse ran a very solid race and is getting better.

"I am going to say you couldn't guarantee the winner was going to win. The winner came to beat him, and lay all over him and knocked him over. Effectively, it is a bit like running round an athletics track and when someone comes to challenge you, you just push him off the track. It is a similar scenario. This happened half a furlong out. It is difficult for me because I'm involved in this particular scenario, but it just doesn't look right to knock one over and keep the race.

"I don't know what we do - that's for better men than me - but if everyone feels that's a satisfactory outcome, then I've got it wrong. But I really don't think that is the case. I don't think it was Ryan [Moore]'s fault for a minute; the horse dived in. I have seen Ryan since and he was mortified, but he is a proper bloke. It was not a deliberate act of riding, but the fact is, he ground our horse to a halt. He cannot be expected to gather the momentum back."

Tom Marquand said: "I guess to outsiders, you would think Pablo Escobarr was exposed, but being on board him and being around him, we always felt there was that little bit more to go for. We changed things up a little bit and were a bit more patient on him.

"There were only six runners, so we were not sat last, but I think it has really paid off to fill him up on the way round and get him enjoying it again.

"For as long as I am going like this, I will be happy, and if that takes me to the championship at the end of it, I would be pretty speechless."