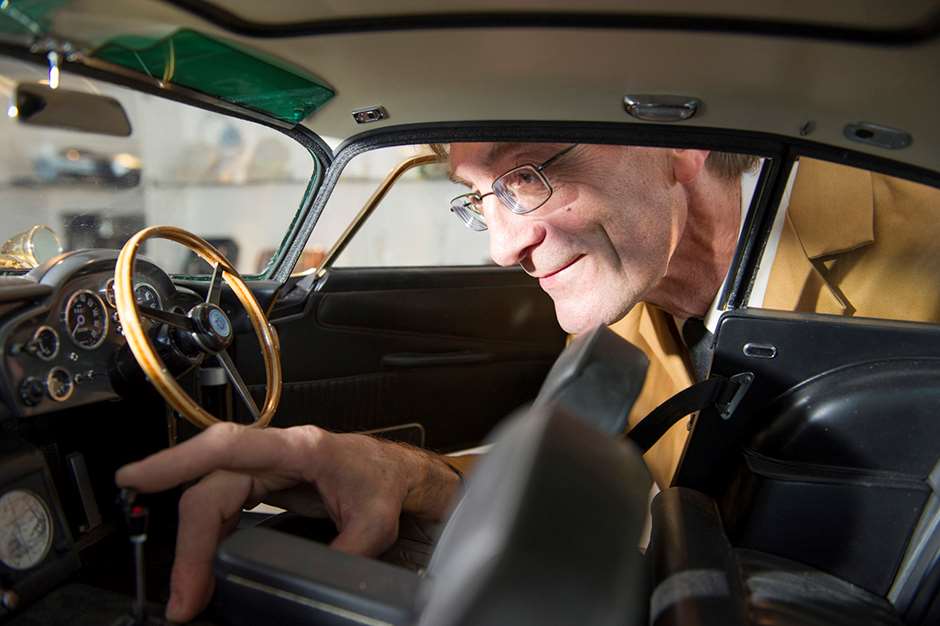 A gold-plated model of the Aston Martin DB5 immortalised in the James Bond film Goldfinger has sold at auction for £55,000. The model, which was created by prop-makers Propshop for special effect scenes in the recent Skyfall movie was created under licence and features radio-controlled machine guns, a bullet-proof shield and famous revolving number plate.

Auctioneers Christies sold it supposedly after registered interest from 19,000 viewers in 129 countries to a British 007 fan. The proceeds will benefit the NSPCC, which is of course a very noble thing, but still we couldn’t help but have a peek at what else you could acquire for £55,000.

It didn’t take much browsing to come up with this 2010 V8 Vantage for which the vendor is asking £54,950 with 24,000 miles and a full Aston Martin history. Granted, the model car is an appreciating asset whereas the Vantage still has a fair chunk of its depreciation curve to run before it can claim to be such, so how about this 1978 Aston Martin V8? It’s been on the market for just a week and surely it wouldn’t take much negotiating skill to get the sale price closer to the model’s £55,000 from the starting point of £59,950?

We could of course go on (who wouldn’t like to spend an afternoon browsing the classifieds?), and the  1/3 scale model is a unique piece of film history whose sale will help to benefit children. It just won’t be so good at whisking you and a significant other to Genoa-and-back in a weekend!