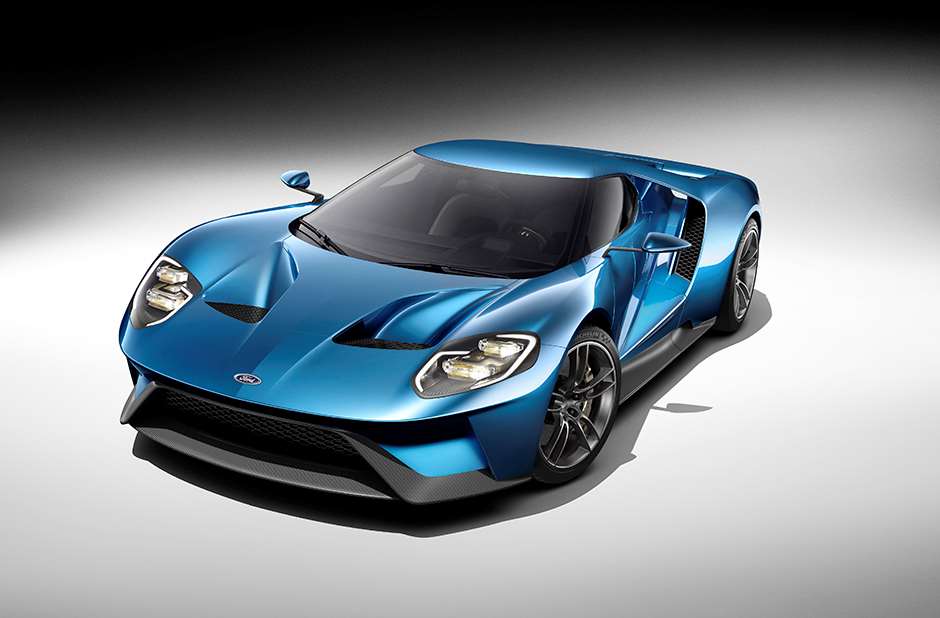 First deliveries of the all-new Ford GT, revealed at the Detroit show, will take place in 2016 to mark 50 years since its famous 1-2-3 victory at Le Mans – but, unlike its 2005 predecessor, there’s not a lot of retro influence in its styling. It would look more in place at the Festival of Speed than it would in the GT40-only race at Revival in 2013.

The unashamedly modern styling nods towards the GT40 in its low, wide appearance. But the distinctive doors, with their cutaway roof, are gone and there’s intricate sculpting to the rear end. No V8, either. Instead, you’ll find a 600bhp twin-turbocharged V6 – the most powerful EcoBoost engine ever produced. The 3.5-litre engine is based on the same architecture as Ford’s IMSA Daytona Prototype engine. It will drive through a 7-speed twin-clutch transaxle. 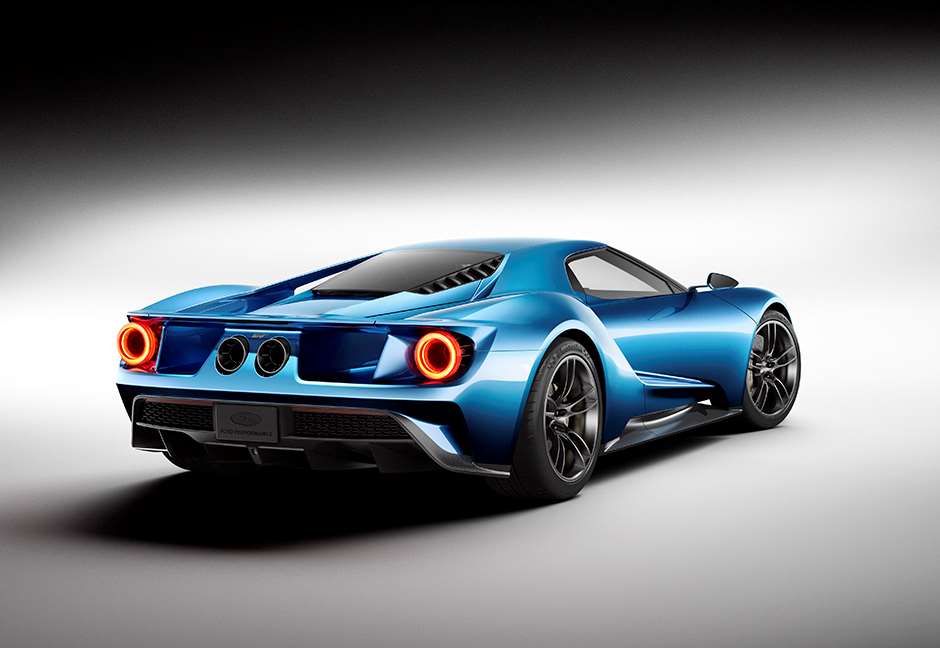 Ford is making a major play on the car’s innovation in aerodynamics and use of lightweight materials. The former actively reduces drag while increasing downforce. Of course, we’ve seen active spoilers before, the Ford’s adjusting its pitch and height according to conditions. In its construction, the GT uses a carbon fibre passenger cell with aluminium front and rear subframes. Notable by their absence are four-wheel drive and a hybrid drivetrain. The GT relies solely upon its petrol engine and is rear-wheel drive only. That, to many, will be good news.

Production will be limited; fewer cars will be built than the 2005 GT, so expect production numbers in their hundreds rather than thousands. Ford hasn’t yet announced which markets the GT will sold in, but Europe is expected to feature. It’s one of 12 Ford Performance models that will be rolled out by 2020.