Chris Harris: Why are people beating up on the BMW M3?

Much like the humble butterfly and Doctor Who, the BMW M3 always suffers when it regenerates. After the media speculation and the unveil and the admission that Tom Baker really was a bit OTT, comes the usual diatribe of how something has been lost from old to new. It’s quite telling that much of the critical ammunition aimed at these new versions of performance icons (yes, the confused metaphor has now moved from Time Lord to Bavarian automobile) is non-specific. It trades on subjective negativity and quite often grudgingly accepts that, underneath it all, the new car is actually faster, more efficient and, well, better.

“Either I’m out-of-touch, or my colleagues are looking for things in an everyday, discreet but crazy-fast saloon car that I am not.”

As you can tell I rather dislike the older-is-better mantra. In my experience there are very few performance cars which are replaced by inferior products, because the companies that make them are very good at what they do, and the engineers who define them are talented enough to know what is right and wrong. Occasionally one slips through the net – the original Ferrari 575 Maranello was a largely bespoiled 550 Maranello – but they rectified that with some hasty chassis upgrades.

But the M3 appears to be stuck in something of a rose-tinted-rut, and the F80 version is now being quite heavily panned in the UK specialist press (I think it’s a brilliant package), so we’d best start from the beginning and try to de-bunk some of the myths.

We begin in 1985 and with BMW about to spend serious marketing budget on some touring car racing. The basis for this is the E30 3-Series, but it is heavily modified with changes to the shell, the suspension and the introduction of the S14 4-cylinder motor which is ideal for motorsport. The street car costs way more than the existing 325i range-topper, but the car sells well everywhere, despite being left-hand-drive-only.

Was the E30 M3 as good as they all said it was? A moot point, but on balance it probably was. The steering was sublime, the chassis had a superb blend of balance and grip and it looked superb. But the motor was coarse and brash and to out-drag a 325i it needed to be thrashed. As a road car, a 325i Sport with the optional LSD was probably a better bet, but for the obsessive few, the E30 was irresistible. 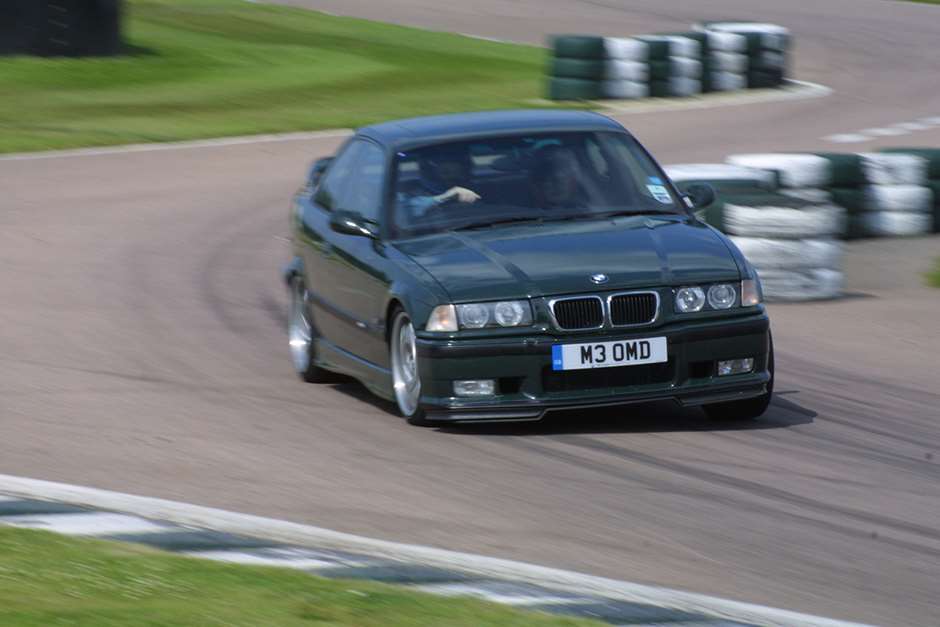 It was replaced by the E36 M3 in 1992 and, surprise surprise, the motoring media decried the loss of the ‘real’ M3 conveniently ignoring a far superior inline-six giving a big performance advantage and a very competent chassis. The M3 had allegedly gone soft; it was no longer a racing car for the road – not that the E30 ever felt like one in the first place, but hey, why let facts get in the way of subjectivity. There was one justifiable point of criticism though – the 3-litre E36 M3 had a horribly slow steering rack. But they fixed that in the later 3.2 version.

Drive a 3.2 E36 M3 Coupe back-to-back with a 2.3 litre E30 M3 and you might just struggle to understand what all the fuss over the early car was about. 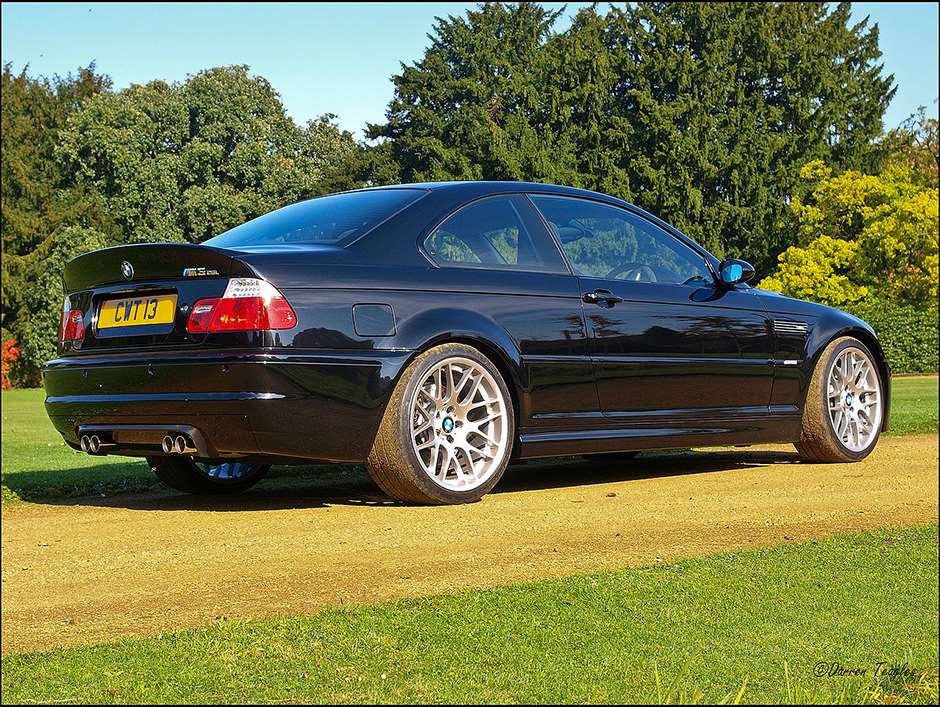 A few of m’learned colleagues tried to call the usual ‘not a real M3’ when the E46 version was launched in 2001, but that was complete balls. In fairness, most people immediately recognised that they were in the presence of greatness, and the E46 M3’s legacy still endures. It looked right, it sounded right, it felt right. Sometimes a car’s overall talents actually exceed what you’d expect even considering the excellence of the individual components. This was one of them. 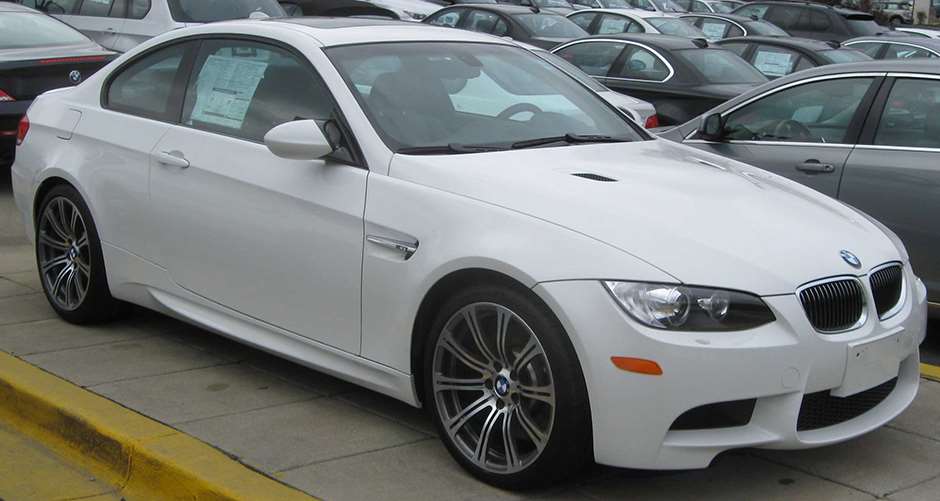 The E90/92 M3 wasn’t quite. It didn’t steer quite so well, the new V8 revved like a maniac but it had a tragic thirst and a weeny fuel tank which drove owners mad. And despite being very competent, it didn’t quite have the same feeling of all-round excellence, with the steering lacking some life. But even so, it was and still is a cracking car. Was some of the criticism leveled at it compared to the E46 deserved? I defended the E92 at the time, but I think on reflection it probably was justified.

Now we have the F80 M, and the purists are terribly unhappy. Unhappy with the lexicon of evil technologies: turbocharging, electric steering, dual-clutch gearboxes. Unhappy that it doesn’t handle on the race track and it’s not very good on the road and that the engine noise is rubbish – and I really don’t understand what they’re talking about. I think it’s a corker.

For starters it’s massively lighter than the car it replaces, and yet it has more power and torque. This means it will sprint from rest to 100mph in a little over 8sec. That places it in a completely different performance category to the previous V8.

Yes, the steering is lifeless but then so was the E92’s. And for that matter the E46’s. And the E36’s. In fact the only M3 to ever steer particularly pleasantly was the E30. And that ended production in 1992. On bumpy Portuguese roads I found the damping superb, so long as you were in the softest setting. Most of the time I couldn’t tell the thing was turbocharged because throttle response was immediate and the thing wanted to rev right to the limiter. The noise was pretty uninspiring, but I find it hard to severely criticise that in a modern M3, when the original, never-to-be-bettered E30 M3 sounds about as appealing as a lawn tractor.

Furthermore, as a 4-door, I think it’s the best-looking M3 ever. That’s subjective, but I have to allow myself some margin for baseless opinion!

It’s also hugely more economical – the cost probably won’t bother too many M3 owners – but being able to cover 300 miles on a tank certainly will. The optional ceramic brakes are immense, the one-piece front seats (again, optional) are ace and, you know what, I’m actually struggling to think of bad things to say about a car that’s taking quite a kicking in the media. Either I’m out-of-touch, or my colleagues are looking for things in an everyday, discreet but crazy-fast saloon car that I am not.

Maybe I’m just wrong? Wouldn’t be the first time. But if I was spending my own money on a fast car for 2015, it would be an M3 saloon. Maybe a red one.