174mph and room for the dog. RS6 is the ultimate all‑rounder, says Chris Harris 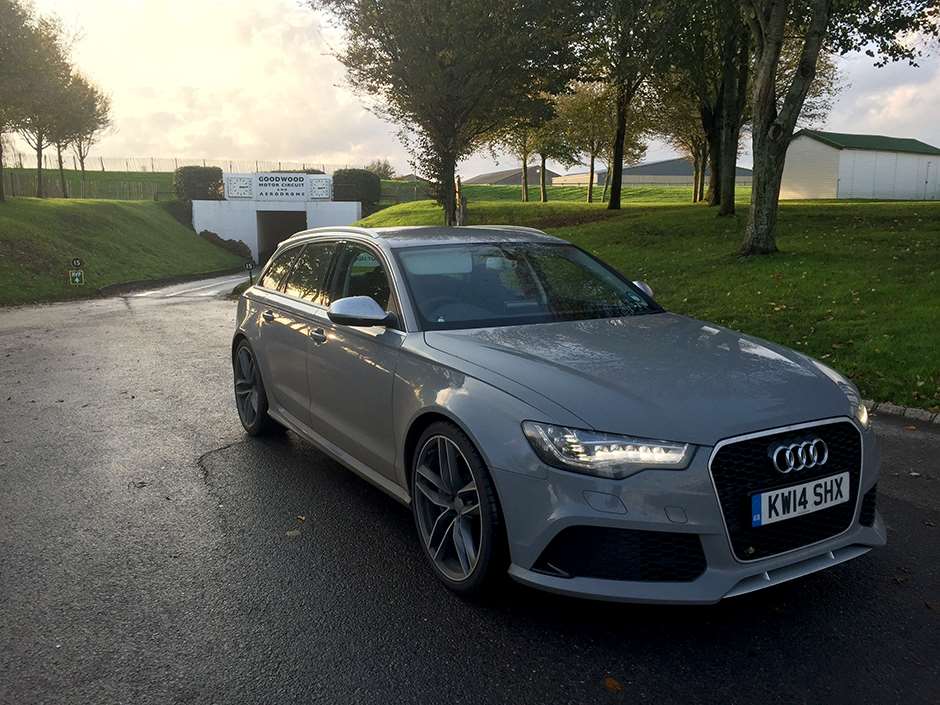 I bored my previous audience with tales of how brilliant the new Audi RS6 is. I’ve been running one for five months now – it will leave me for good at the end of January, but is currently away from me on an unscheduled trip to Audi HQ. The most perfect car I have ever lived with needed a quick check-up.

For those who already know about my time so far with the RS6, I apologise for repeating myself, for those who don’t – here’s the (brief) story so far. I ordered the car last January in a non-metallic grey with clear glass and no exterior badging. It took six months to arrive. The more I live with the car, the gladder I am I did just this. No other everyday machines excites those in the knowledge so poignantly, yet simultaneously appears invisible to those not in the club.

Quattro Gmbh is a curious old place. Its recent past is littered with great success stories (B7 RS4, R8) but also blotted by cumbersome lumps that never drive anything like as well as the German competition. The most recent RS4 fits into that category. It would appear that quite different development teams worked on the current estate car line-up, because the RS6 is borderline genius. For someone looking to combine all roles into one machine it is without parallel. An E63 wagon is a little bigger, but being RWD only won’t see where the Audi went for at least five months of the year. There is no M5 Touring, but even if there was, its powertrain wouldn’t be as impressive as the RS6’s. This is the same bi-turbo V8 as used in the ‘baby’ Bentley Continental GT. I haven’t driven one of those yet, but can see why people are raving about it. The bi-turbo V8 shows little signs of being turbocharged, pulls like a lunatic at all times, is mastered by the best iteration of ZF’s 8-speed auto I’ve ever used and makes this near two-ton large estate cover ground at a rate most passengers find alarming. If a 997 Turbo driver doesn’t produce his A-game, he will take a beating from the Ingolstadt wagon. That’s a trick I will never tire of.

Of course it’s vast inside, the clever straps and load securing system means the boot can be separated between bags and hound, while three small people fight across the rear seats.

The optional B&O hi-fi is pretty good, but not as punchy as the one in my old S4. The front seats are quite brilliant, but in their lowest position they do create one problem, I have no reference whatsoever for where the front extremity of the car is. It’s weird, but nosing into car parks requires total reliance on the beepers. And I don’t like beepers. Like a love-struck teenager, I have been quite smitten by this machine. If I had to write down the slightly disparate skill-set I would need in my ideal everyday car, this would be it. It can adequately chase a McLaren P1 with a camera strapped to its bonnet, and a few hours later complete the school run.

But a few months ago, something strange happened. I was driving home in the small hours of the morning and ‘making time’ when I went to just cover the brake as I nipped through a fast kink and instead of feeling that half-inch of dead travel, the brakes came on full-attack. My car is fitted with the optional carbon ceramics contained within the £10,725 Dynamics package plus. It’s hard to describe why this was so shocking, but it was. In reality all that happened was I had less brake fade than I’d expected, but it felt like a third-party had hit the brakes for me because the reaction to my input was so foreign.

The next time I drove the car, I wasn’t travelling so quickly, and the middle pedal remained quite normal. As it would happen, I was at the Paris motorshow the following week and bumped into Stephan Reil of Quattro Gmbh. I told him about the braking anomaly and he nodded his head: “To stop the feeling of having a long pedal when you are really working the brakes we fitted a booster which brings the pedal back up when it’s getting long – sometimes it can come back right to the top of the pedal travel.” So there was my answer – and I think in the context of the RS6 and those who will buy them and how they will be used, it’s an entirely sensible situation. This is a very big, very heavy estate car and people don’t want to get freaked by a long brake pedal. Reil also mentioned that the Dunlop tyre contains a layer of noise reducing foam inside the rim which is why it is comfortably the quietest car in its class.

I thought I wouldn’t even notice the brake issue again – but over the coming weeks I found myself driving the car rather jerkily and, being almost besotted with the thing, naturally blamed myself and my thuggish inputs. I tried to drive more smoothly, but that didn’t seem to work. Slyly, I offered Neil my partner-in-video-crime the driver’s seat to see if I was losing my mind – he was very jerky on the stoppers too.

And so the car has gone back to Audi for some investigations and I’m terribly love-sick. In its place is something called an A3 E-Tron, which is frightfully clever, but which won’t discreetly travel at 174mph, five-up, with the dog asleep in the boot. Please come back soon RS6, my life is incomplete without you.