Lancia 037: The most overlooked Group B rally car? 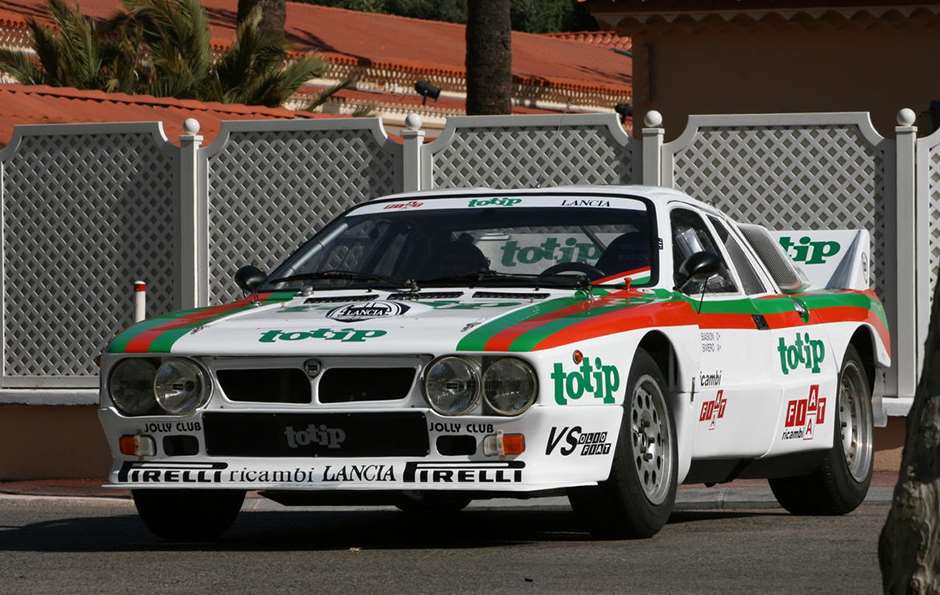 It’s a sad fact that when the rich topic of Group B rally cars becomes the subject of conversation that the Lancia 037 is often preceded by its four-wheel-drive counterparts. On the one hand this is entirely understandable because said counterparts were the ones doing all the winning in the 1985-’86 heyday, but the sight of the mid-engined 037 must surely be one of Group B’s great legacies? Also, don’t forget that even though the 1983 World Rally Championship was won by Hannu Mikkola in an Audi Quattro, the manufacturer’s championship was, incredibly, won by the two-wheel drive Lancia 037 …

Suffice to say, we’re big fans and our fondness was galvanised when a Wurth-liveried 037 turned up at the 72nd Members’ Meeting earlier this year. There were two other main liveries associated with the 037; Martini, and the Totip-sponsored Jolly Club. We’d love to see either make an appearance at Goodwood  in the footsteps of the Wurth car, and the latter has become a possibility since the machine you see here appeared recently on the market.

This is an Evo 2 version which was campaigned in-period by Jolly Club’s star driver Miki Biasion amongst others, notably to 5th place on the 1983 San Remo rally. Doesn’t it just look superb? Please someone contact laurentauxietre@gmail.com, acquire it and bring it here for us to marvel at.

Now that you’ve reminded yourself as to how they look, take a peek at the incomparable Walter Röhrl showing you how to drive one. Bear in mind that this is only recce footage!