When Porsche hired American racer and engineer Mark Donohue to fettle the 917, and in particular the turbocharged motor they wanted to use in it, surely even they couldn’t have envisaged that it would lead to one of the most powerful cars ever raced as well as a legacy of Le Mans dominance. It all started with this very car; chassis number one … When this factory prototype was built it was pressed straight into wind tunnel and testing duty, and, over its lifetime, was fitted with a wide variety of body styles and engines. At one point it had the front of Pedro Rodriguez’s Le Mans 917 grafted on (not too dissimilar to what appears to be fitted here) and even ‘dually’ rear wheels! Once its testing duties had been completed (successfully, but not without many stiff challenges) the car was sold, fitted with a turbo motor and run privately in Can-Am in Bosch livery. Drivers included Jo Siffert and Emerson Fittipaldi as well as Willi Kauhsen. Despite the marking on the door, Donohue didn’t actually race it, although his contribution to the Porsche racing effort cannot be overstated. By the Nineties it was ready for a restoration, which was carried out by Ulrich Schumacher, before making a number of appearances (in various liveries) at the Festival of Speed, and to this day the car remains ‘on the button’ and ready to race. It is for sale by Jan B Luhn if you’re in the mood for owning a key piece of Porsche history. As good as the Gulf livery looks though, keen Porsche fans will know that it wasn’t seen in-period on 917/10 Spyders. But, how good does it look though?! 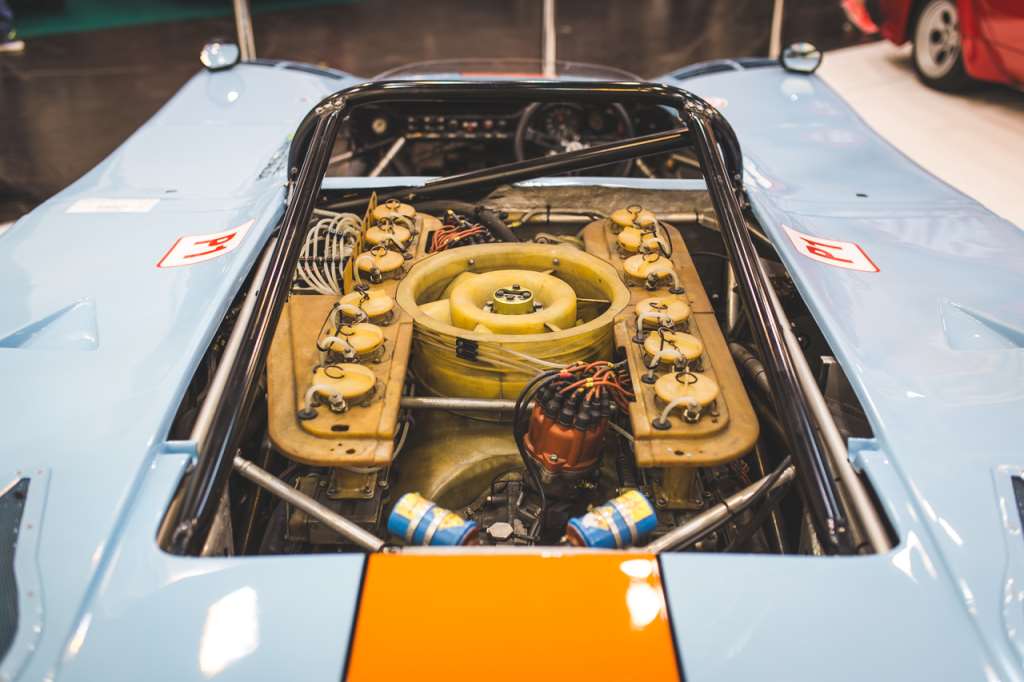