Dan Trent – A Covetable Italian Classic That's All About the Driving

This column is all meant to be about unrequited automotive loves I’d love to buy, given the chance and/or cash. Unfortunately, for many, it’ll have to remain in the realm of fantasy.

If that’s the case why not just go all-in and say the Italian classic in my dream garage would be a 250 SWB or, perhaps, a Maserati A6GCS/53 Pininfarina. Well, I’d like to keep my feet vaguely in the ground and talk about cars I could, just about, see myself in. Like an Alfa Romeo Giulia Sprint GT.

For all the ’60s Italian glamour there’s something pleasingly no-nonsense about the 105 coupe that appeals as much as the looks. The speculators and investors are claiming more and more classics as commodities to be horded rather than driven. But GT owners seem, more than most, to care about driving – and competing – their cars. It’s the historic Escort mentality, applied to a car with genuine beauty and sophistication. In the case of the Sprint GT there seems to be less beard stroking about originality and more openness to mixing body style with one of the many engine options offered over the model’s life. 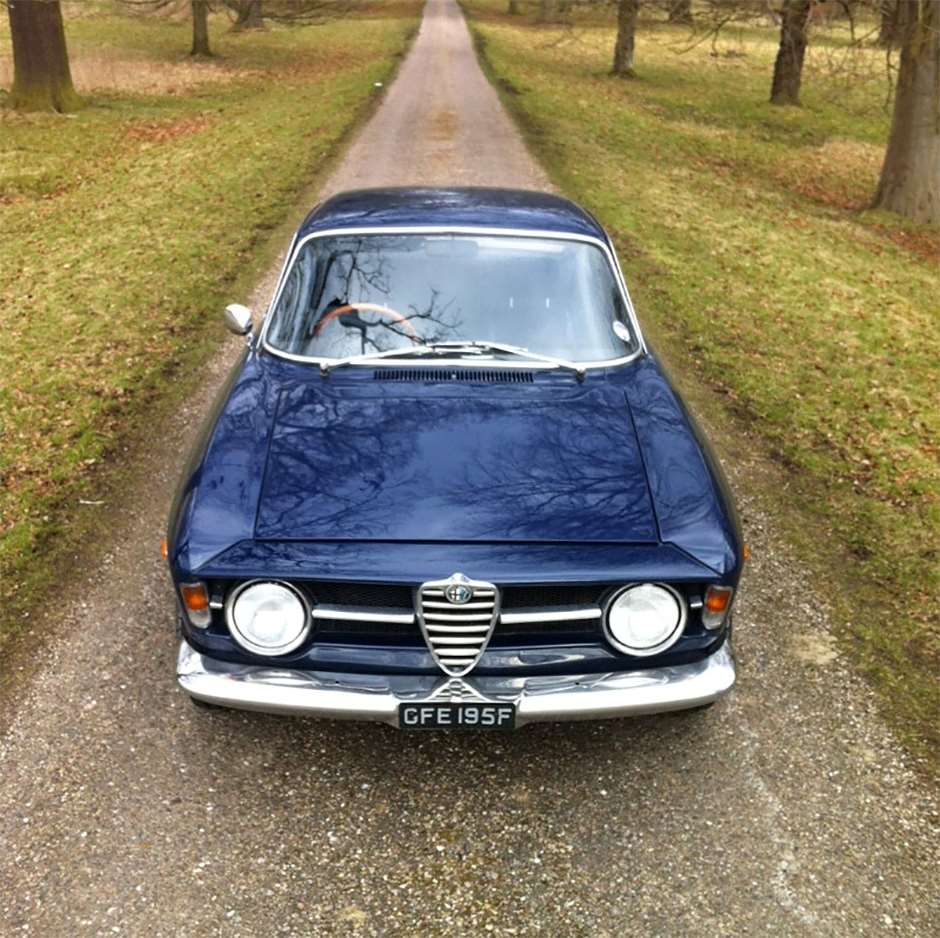 I don’t pretend to fully understand or – even if I did – have time to explain the various permutations here. But I know I’d prefer an early single headlight, ‘stepfront’ body and I’m not too hung up on the engine size. I know many drop later 1750s and 2000s into early cars for added performance but, frankly, even the 1300 Juniors are revvy, old-school Alfa twin-cams and will have the necessary character. Split the difference – a 1600 Sprint GT Veloce with the cloverleaf logos on the C-pillars. A GTA would obviously be lovely but let’s not get greedy.

Do they live up to the hype though? I’ve not even driven one. But I know someone who did, lived the dream and (just about) survived to tell the tale. ‘Like the saying goes, everyone should own an Alfa Romeo at some point in their life. And I’d make my first Alfa a 105, no questions asked,’ says motoring PR Hannah Burgess. Before doing her best to shatter any illusions I may have had. ‘I had admired the 105 coupe for a long time from afar, but when I had the keys it was a nightmare. For example, the day I picked it up, it broke down en route to get it taxed.’

Oh. ‘When you get in and drive the thing, and it starts, the woeful ownership experience is a distant memory,’ she says. ‘The noise is out of this world, and gives you a false sense of speed, which you needed as mine wasn’t that fast. Although you wouldn’t want it to be, because the brakes were atrocious and it rarely stopped.’ She’s done her best but I’m not put off. Now, there was a full-on GTAM racer that had me swooning at the Bonhams sale at last year’s Revival. But that was up for a quarter of a million. For a tenth of that this one with specialist Alfaholics looks tempting; underlining my earlier points it’s a 1300 Junior upgraded with a later 1750 engine and, going by the pictures, enjoyed properly by its former owner.

Still a fair amount of cash, with the potential to swallow a whole lot more. But given the way everything from old Porsches to those aforementioned Escorts are going not completely ridiculous. I even like the colour…