‘Well I guess it was the people from RCR (Richard Childress Racing) who called me and told me about this neat little car show in England and said “wanna go?” I said “Yeah, why not?”‘ The year was 2010 and, sitting in the Tag Heuer Driver’s Club today at FoS 2015, Kerry Earnhardt freely admits that he had no idea what he was letting himself in for at the time. ‘I really didn’t know what the Festival of Speed was, but when I got here I’d just never seen anything like it. The cars, the drivers, the parties… it was amazing to see the lengths Lord March had gone to to put on the show.’

Earnhardt seems pretty typical of NASCAR drivers as far as we can tell: humble, charming, down-to-earth, and seems to genuinely love skipping over the pond to attend FoS. ‘I think this is my fourth time here. When I went back after my first visit in 2010 I did my best to try and describe what this place is like to other people at RCR who hadn’t been over. When they did make it here they told me “hey it’s so much better than you said!”‘ 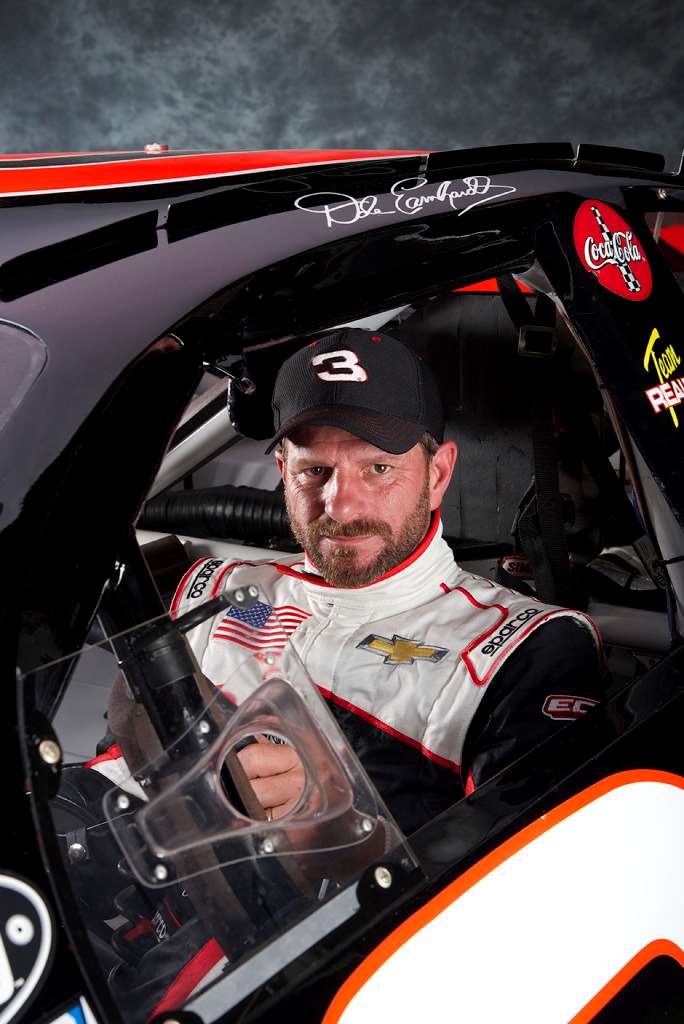 Kerry is of course the son of the late, legendary Dale Earnhardt. Known as The Intimidator, the man made the number three emblazoned on a black RCR Chevrolet his own trade mark and matched Richard Petty’s phenomenal record of seven Winston Cup championships before his tragic passing following a last lap accident at Daytona in 2001. Kerry reckons that his father would have loved the Festival of Speed, although he might not have treated the event as a long weekend-off work. ‘Oh if my dad could have come here he would have been playing for keeps. He’d have wanted to set a hot time, especially with Mike Skinner here! (Skinner also raced in NASCAR for RCR.)

Asked what cars have caught Kerry’s eye at FoS so far, he replies ‘The (Richard Petty) Plymouth Superbird is just so cool. So much history. Aside from that those Pikes Peak cars look like something else!’ At FoS this year Kerry will be driving his father’s 1999/2000 RCR Chevrolet Monte Carlo. ‘It was a short track car which was then converted to a long track car, then back to a short track car again and that’s how it appears here. I think he did eleven races in it in total (including a win at Atlanta) and it has only ever been taken out of the museum at RCR to come to Goodwood.’ Talk about being honoured by a car’s presence … ‘It’s a great feeling bringing my dad’s cars over to drive here’ Kerry adds. ‘I’m doing my bit to carry on the legacy of the number three.’

As keen GRR fans might have guessed from the pictures we’ve used of Kerry and the Monte Carlo, we’ve been honoured enough to shoot the car as one of our Goodwood Greats. We don’t normally do special requests when it comes to Greats, but when Kerry offered to jump into his race suit it felt right to squeeze off a few special pictures of him with the Monte Carlo. ‘I’m sure my dad is laughing and smiling right now …’