There was once and only briefly, a time in my life when I could have bought a Ferrari F40. At the time the car in question was ten-years-old, had just enough miles on it to reassure me it had not been parked all its life, had immaculate provenance and the adjustable suspension I wanted and lacked the catalytic converter I did not. In short was the perfect car and, if memory serves, with a little haggling I think I could have had it for £150,000, or about three quarters of a million less than the same car in the same condition would command today.

I didn’t buy it for three reasons. First it was a financial stretch and second I was convinced that because they were so numerous – Ferrari made over 1,100 which is more than four for every 288 GTO they built – they’d never hold the value commanded by serious rare Ferraris. Which just goes to show my unerring eye for classic car values was as sharply honed then as it is today. But I was still mulling it over when I went to a track day at the Nurburgring and saw an F40 burn to a crisp. It hadn’t crashed and no-one had forgotten to replace the fuel filler cap, it just burned. I’ve heard the original material used for heat shielding degraded over time sufficiently for red hot turbos to set the rear bodywork alight on hard used cars, but that might be an urban myth. If not, I’m sure all have been modified since.

But anyway, I didn’t buy an F40 and more fool me because to this day, and with the possible exception of the LaFerrari, it is my favourite road car. 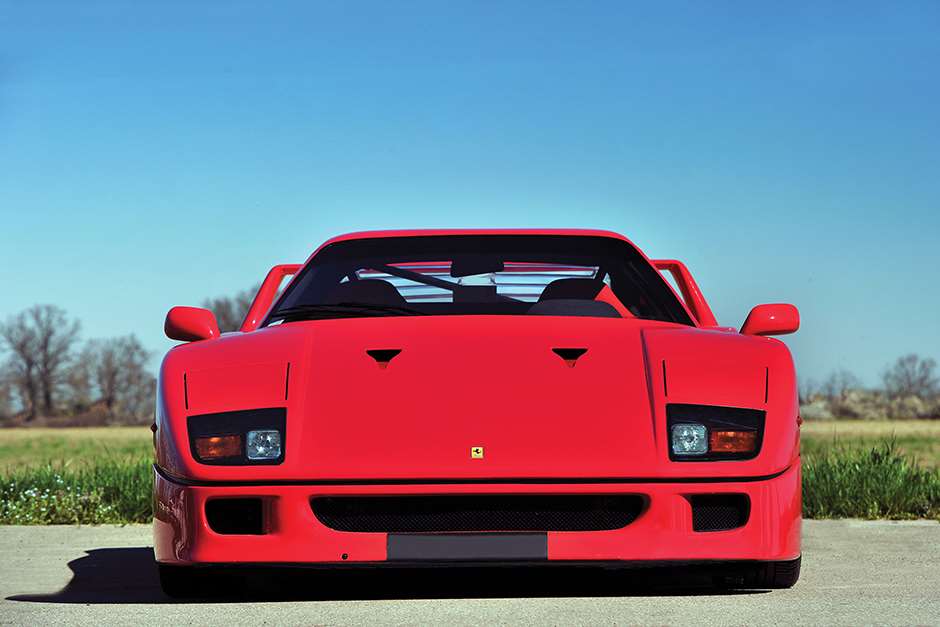 If today you drove an F40 next to a brand new 488GTB you’d barely believe the difference. Both are mid-engine, rear drive, twin turbo V8s with similar power to weight ratios but, after the new car, you’d be genuinely shocked by how little grip the F40 offered up and how terrible were its brakes. And that’s before you considered a power delivery that made a caveman with a club look like Oscar Wilde by comparison. No wonder that around the short Fiorano track, the F40 is a staggering 6.6sec slower than the 488.

None of that matters. To drive an F40 fast is to experience life on another level, a level of involvement and car/driver interaction usually found only on very special pure competition machinery. There is an immediacy about an F40 on the boil, an intimacy even, that still has the power to make the most experienced and world weary testers gasp. More than that though and frankly unlike the other far slower cars Ferrari was making at the time, if you drove the F40 really hard, it didn’t want to turn around and mug you. On the contrary it encouraged you and even reassured you, at least when it was dry. But I missed my chance, F40s are out of sight and I’m not banking on them coming back any time soon. In the meantime a well known Danish toy company has taken pity on those of us who will never own an F40, so if you have the time and inclination to assemble 1,158 tiny pieces of plastic into a very rough approximation of one of Ferrari’s very finest you too can now build your very own Lego F40. And I have.

Is it the next best thing to having one for real? No, that would be owning an F50. Did it provide a couple of evenings of more than mildly diverting entertainment? Undoubtedly – and a small monument to remind me of my folly to boot.