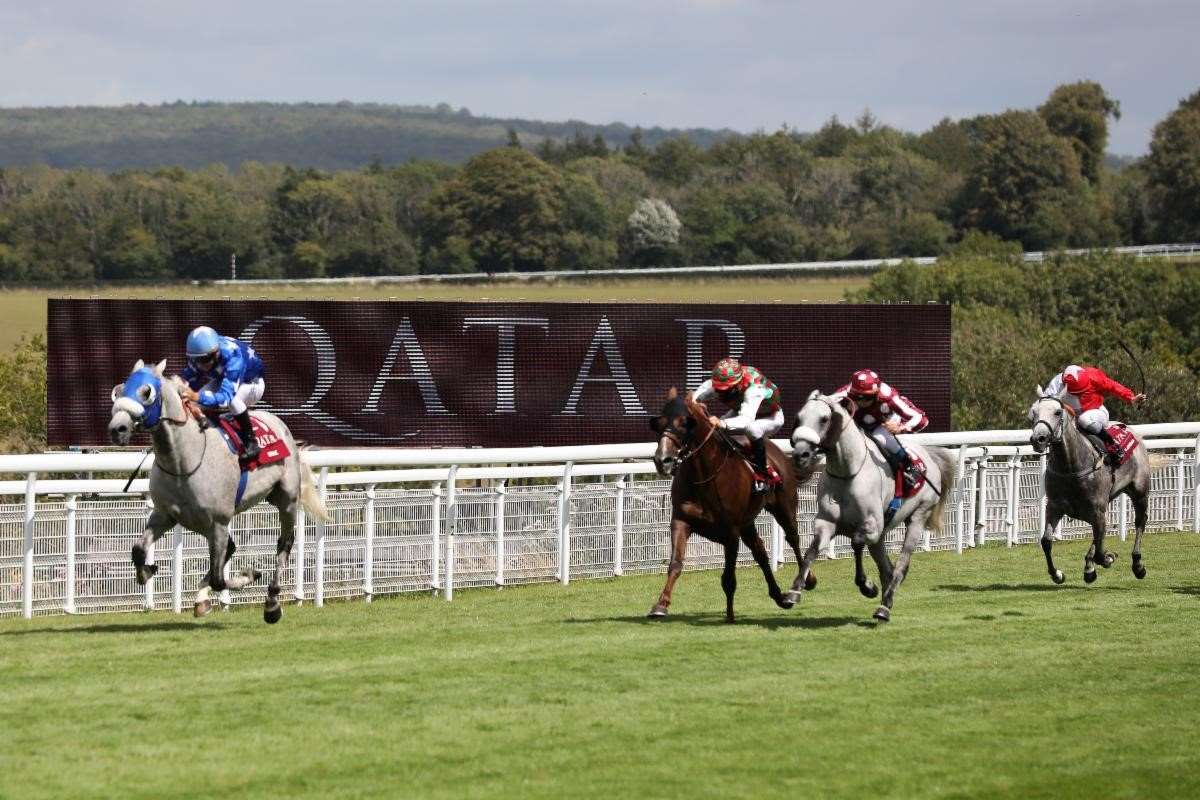 Ebraz (Julian Smart, Qatar/Maxime Guyon) won the Qatar International Stakes for the second year in succession. The mile contest is a G1 contest for purebred Arabian horses and forms the first leg of the Doha Triple Crown.

Following his victory in 2019, Ebraz went on to become the first winner of the Doha Triple Crown and its US$1 million bonus, with victories in the Qatar Arabian World Cup at Longchamp and the HH The Amir Sword at Doha.

Trainer Julian Smart said: "Ebraz is very special. He is one of the best - he already proved that in Doha, winning the Triple Crown, winning the Amir Sword three times. This is the fourth time he has come to Goodwood - he has been unlucky on two occasions and has managed to win it the last two years. Now we go to France for the Qatar Arabian Gold Cup and who knows, maybe the unthinkable. We already thought the Arabian Triple Crown couldn't be done and he has done it; maybe he can do another one, you never know.

"It's not a crazy question to ask whether Ebraz might be getting better. I actually think since his prep race three weeks ago, he has been training unbelievably well. He is actually lighter as a seven-year-old than he has ever been, as well. I have always said the Arabians get better with age. How much better he can get at seven or eight I don't know, but he's still going strong and, touch wood, he's still healthy.

"While he is in this kind of form, I would like to keep him going. We will obviously target the Arc meeting for the Qatar Arabian Gold Cup and then we'll see, do we go back to Doha or do we leave him in France to go to stud? That will all be decided if he is sound in October.

"I have been in lockdown in Doha and managed to get out three weeks ago, so I have only been in France for three weeks. I am glad to be back there and back with the horses."