Legends at FoS ‑ Richard Petty and the Plymouth Superbird #43 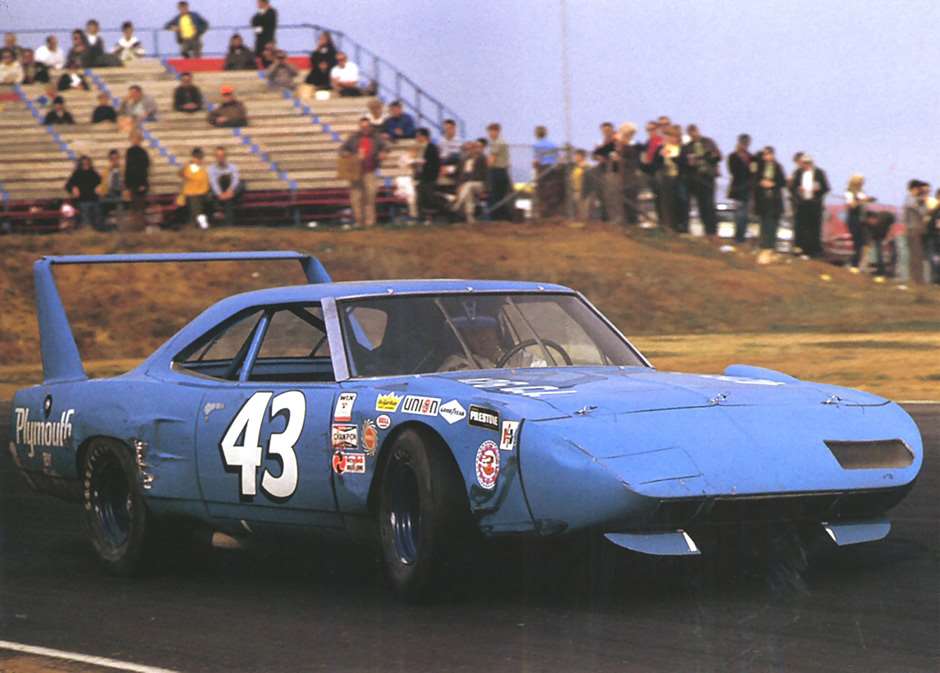 ‘The King is coming to Goodwood’. It could be a headline from a late-1940s printed proclamation that George VI was soon to patronise the recently opened motor circuit.

In fact, it’s better than that, in a motorsport-hero context at least. It hails the return to West Sussex of NASCAR royalty ‘King’ Richard Petty and his trademark high-crown, wide-brim hat (brainchild of John B. Stetson), big shades and cowboy boots.

Staggering statistics, by any stretch. But you’d be wrong if you thought they precluded a humble, modest, approachable and appreciative outlook from the great man. If you’ve been in his presence at previous events, you’ll know what I mean. The perma-smiling 77-year-old loves the unique-to-Britain, garden-party atmosphere of the Festival and its knowledgeable and passionate fans. If you haven’t, get stuck in and you’ll find an engaging, sharp-witted fellow who belies his cult status. We’re in for an extra bit of Petty magic this year, too, in the shape of one of his wackiest racers, the 1970 Plymouth Superbird.

This short-lived, yet iconic, stockcar, immortalised as Strip ‘The King’ Weathers in Disney’s animated Cars phenomenon, has resided in the Petty Museum in Petty’s home town of Level Cross in North Carolina’s heart of NASCAR (as well as some other static displays) for over 40 years but comes to Goodwood with a guaranteed nomination for many people’s best-in-show award (and boy, do we have some treats coming along with it, ed).

Built to entice Petty back to Chrysler’s Plymouth stable after he’d walked out for Ford in early 1969, the 426-cubic-inch V8 Superbird was based on the company’s Road Runner and made the most of the final year of NASCAR’s relaxed aerodynamic regulations (for ’71 the aero cars had their engine size pegged back to 300 cubic-inch in an attempt to control rising speeds). Resplendent in Petty blue and sporting that unmistakable rear wing, as well as the famous #43 worn on his cars for all but eight of those 200 wins, the Superbird carried the then-two-time champion to 18 victories in its only season in the Grand National series, although he only managed fourth in the final points reckoning.

The sight of Richard Petty in a Plymouth Superbird on the Goodwood hill will be one to savour. Forget camera, posters and permanent pens at your peril, for they don’t make them – that’s Petty and the Superbird – like this anymore.