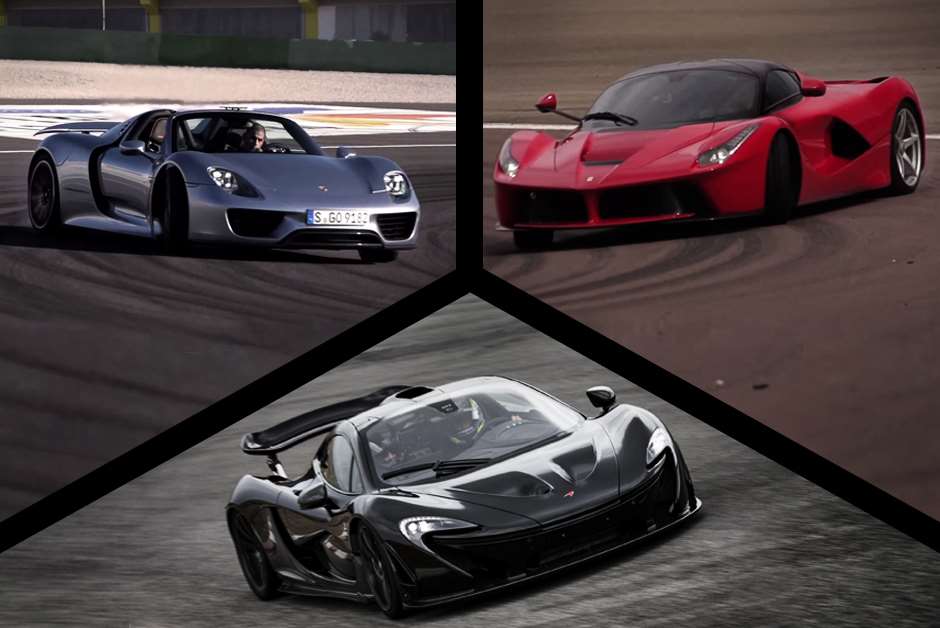 There is a new question swirling in the ether: “So which one would you have?” No preamble, zero pleasantries – just straight in with a query so straightforward and containing so much assumed knowledge that the protagonists don’t even warrant a mention in the narrative. What is your hypercar position?

Which one would you have? I’ll open my response by saying I have studiously avoided giving any response because I didn’t want to pass comment until I’d driven all three at the same time, on the same circuit and on the same roads. If testing cars is your day-job, then it’s fair to say people should be able to assume that you have the capacity to remove all superfluous peripheral noise and be able to extract the key ingredients and behaviours of any car. But the launches of these three were so widely spaced, their locations so varied and the level of theatre surrounding them so extreme that I defy any of the few people who attended to each event to announce a clear ‘winner’. Partly because in the spirit of modern British primary school sports days – there shouldn’t be a winner; partly because they’re so different to each other.

But which one would you have?

Well, the case for each is actually quite easily made – and now almost a year has passed since the first of the three, the 918, was launched I think their respective personalities and performances have had time to develop, perhaps the more enlightening question to answer isn’t which is best, but which is the most surprising – and in many way’s the unequivocal answer is the slower-on-paper Porsche.

The 918 is the most complicated and, in terms of pure driving experience, the most compromised. It is heavier, less powerful, less extreme, less ‘hypercar’, but boy is it impressive.

Its powertrain is the most complicated in that it harvests electricity under braking and can be driven in fully-electric mode. Its chassis is four-wheel-drive, and the calibration work that went into defining what should go where, and when would make a NASA engineer scratch his or her head. But the net effect of all of this crazy technology is a very, very fast car. I have not conducted a lap-time comparison myself, but I hear those private individuals who have keep finding that the Porsche will keep up with a P1. I suspect much of this is down to traction from slower turns, but despite its power-to-weight deficit, the Porsche is immensely fast.

It can be a real handful though. It’s the only one of the three in which I found myself really leaning on the electronic chassis systems through high-speed turns. The Porsche also claimed the greatest number of comedy spins from the UK media who attended the launch. The Ferrari claimed a single scalp, likewise the McLaren. Drive a P1 soon after a 918 and despite its hybrid powertrain and spaceship styling, in terms of communication and demeanour it feels about as advanced as a Caterham Seven. It’s smaller, more immediate, more aggressive and I suppose more straightforward. Quite how McLaren managed to make its beastly, near-1000hp hypership more approachable and more fun to drive than its blue-collar 650S is beyond me, but it really has.

I loved the P1. I was completely in its thrall. I drove it from 11pm to 1am on the Yas Marina circuit – never was there a better or more immediate antidote for jet-lag. For speed, braking, stability and the sense of being present at the dawn of something entirely new it left me speechless – well, capable only of emitting the same phrase about twenty times. The manual DRS and Boost functions were silly, but the rest was undeniably, ridiculously wonderful. It could be argued that by the time Ferrari let us loose in the LaFerrari my body had become more accustomed to the new era of power-to-weight ratio, and was therefore less shocked, or maybe I was less jet-lagged. The latter wasn’t true: after a sleepless LA to Milan flight I fell asleep during Franco Cimatti’s tech presentation!

On the road the LaF felt way too much if you used even a fifth of its performance. Like riding a superbike in town, you spent every moment keeping it legal, as opposed to enjoying its capabilities – the same was true of the P1 in Abu Dhabi. I didn’t drive the Porsche on the road.

Back at Fiorano circuit we could let the car show its full potential – and the manner in which it foreshortened every straight was initially quite alarming, even using braking points and track knowledge from a fast-lapping F12. Traction was excellent, the chassis balance was decidedly 458; the propulsion was more Eurofighter.

The LaF straddles the gap between the 918 and the P1 – it is more obviously a car for use on the road (despite being way, way too fast for any situation – but then they all are really), but it will also blow your mind on the track. It didn’t stop quite as well as the McLaren – then it can harvest volts under brakes and the Macca cannot – but if anything it felt more accelerative and the noise from that V12 is just outrageous. Actually, the mention of noise reminds me they should be ranked for that, too… I’d go Ferrari, McLaren, Porsche. That’s the Porsche in third place, despite making a sound from the gods. The LaF really does handle superbly – I think it has the most straightforward handling of the three – it really does feel like a very, very fast 458, but it can’t counter the P1’s transformers-style Track mode which sees it drop to floor-height and sprout the most stupendous rear-wing. I suspect when Ferrari saw that, a collective Doh! echoed around Maranello. For true high speed cornering potential, the P1 has to hold a clear advantage.

But which one would you have?

That was the original point – and the beautiful simplicity of that question is that you can allow yourself to be completely swayed by the most puerile, basic attributes.

Want the best looking? To my eyes, take the Porsche. The 918 somehow emerged from an awkward gestation as the most beautiful Stuttgart product since the 904 GTS. It is stunning. The LaF grows on me by the day though – in the flesh it has vast presence, and you think it can’t be bettered until you peer-in though the semi-naked rear of the P1 and wonder if such a machine can be classified as a ‘motor car’. It seems like an alien device. And I think that is something I’ve come to realise over the past year – two of these cars feel like logical progressions of a model line-up; halo vehicles that have a strong connection to a well-understood brand DNA. Those are the Porsche and the Ferrari. But ever since I first saw it in the flesh, the P1 has always felt like it was dropped from another planet altogether. I love its size and its ferocity and its brilliant execution of the torque-fill concept that allows a vast, heavily turbocharged motor to use electricity to feel so immediate.

The verdict: LaFerrari vs. Porsche 918 vs. McLaren P1

So if I had the funds, based on what I know and what I like, I’d have a P1. Not necessarily the best, nor perhaps the fastest – but the closest to what I’d want in a hypercar.

And when I do drive all three together, which I will sometime soon, I fully expect to look-back at these words and laugh at how badly I called it.