Thank Frankel it’s Friday: Why does the 961 want to kill me?

One of the better parts of what I admit is already a fairly blessed occupation is that with reasonable frequency I get to talk to my heroes, and because most of them are inherently kind individuals, most are happy to talk back. I guess because there are so many of them and where my interests lie, as a group, I have probably spent more time talking to old Porsche racers than anyone else. What’s more I have felt more privileged being able to sit down with and chat to Jacky Ickx, Derek Bell, Richard Attwood, Brian Redman, Jochen Mass and several other Porsche works drivers than climbing into the driving seat of any road car I have ever tested.

Of them all, only one didn’t want to talk back. In fact he didn’t want to talk at all. He is a Dutchman named Kees Nierop and while you may struggle to recall him now, 28 years ago he was paid up member of the factory Rothmans Porsche team, getting ready to race a works 962C at Le Mans. But in practice his team mate Price Cobb slid on someone else’s oil, hit the wall and shattered the car into tiny pieces, emerging somewhat miraculously unhurt. But while Cobb was able to blag a drive in a Richard Lloyd 962C, Nierop would have been off games were it not for another works Rothmans Porsche already entered into the race. This was not a 962 but a 961. A what? I call it a 961, but in fact it was the 961, the one and only racing 959 ever built by the factory. The first four wheel drive car to race at Le Mans, it was powered by a similar (but not identical) water-cooled flat six engine to the 962 and gave the same 680bhp but in a car with a tiny wheelbase and the merest fraction of the downforce generated by the Group C prototype. At just over 1100kg it was at least half a tonne lighter than a standard 959. The car had actually won its class the year before, coming seventh overall and beaten only by purpose-built Group C machinery, so perhaps Nierop was not too despondent about his blameless demotion. Seventeen hours in however, he had rather more to be unhappy about.

It felt like what it was: an overpowered, under-developed, short-wheelbase, rear-engined monster whose only real class was not to attempt to hide its desire to kill you.

Steaming down the far from straight straight that leads away from Mulsanne Corner, Nierop was approaching Indianapolis at top speed, and needed to brake and downshift for the right hand curve ahead. Except when he did the rear axle appears to have locked solid and pitched the car into a spin no driver in the world would have saved. The known facts are that there was a big impact after which Nierop still tried to recover the wrecked car back to the pits, only giving up the fight when team manager Peter Falk got on the radio to tell him what everyone else with a view of a television screen already knew: the 961 was on fire. Nierop baled out and the 961 burned. What caused the accident? I’ve spoken to some who insist Nierop wrong-slotted and that’s what locked the axle, and others who’ll tell you equally assuredly that the transmission simply failed. But it’s all on YouTube so you can judge for yourself.

As for me, the moment I realised I was going to be the first person outside Porsche to drive the car since its restoration, I decided I wanted a first hand account. So I called Nierop and left a message. No reply. I called again and again until I got the impression he was perhaps not that keen to talk. So with an editor baying for the story, I did something of which I am not proud: I called one last time but concealed my number. He picked up immediately. The conversation was short and unedifying. To say that Nierop didn’t want to talk about the 961 is putting it mildly. ‘You’re driving the car, you write the story’ was by some margin the most constructive advice he was prepared to offer.

So I did. And what a flawed and fascinating thing the 961 turned out to be. Having had the privilege also of driving the actual Rothmans 962C that won the race the year Nierop’s 961 went up in flames, I can confirm that the Group C prototype was, if not exactly child’s play,  still a far easier car to drive than the 961 which is, at its very core, still just a converted 911. The 961 felt epically, insanely and relentlessly fast and the still lighter 962 does too. But while the inherent stability of the long low, purpose built prototype means you can afford to sit and savour the acceleration, in the high, comparatively heavy and aerodynamically unremarkable 961, such thrust was unnerving indeed.

Through the fast curves at Weissach it felt like what it was: an overpowered, under-developed, short-wheelbase, rear-engined monster whose only real class was not to attempt to hide its desire to kill you. 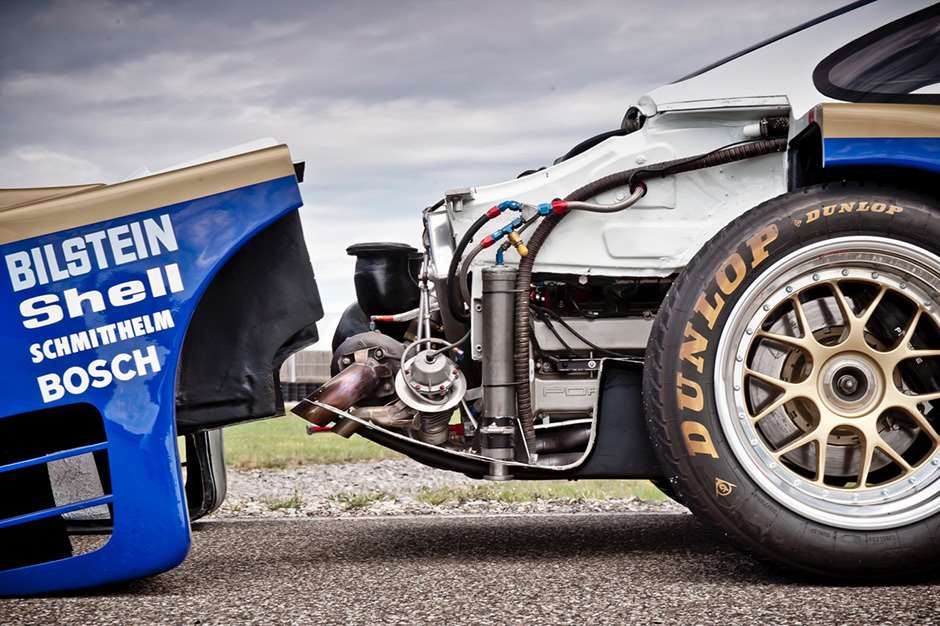 Given the time and space you can get used to most racing cars, and I usually feel a terrible wrench when required to give them back, rarely if ever more so than with the 962 whose tale I shall tell another time. But the 961? To be honest, I never trusted it and was relieved to get out and shut its Kevlar door behind me.

Only then did I gain perhaps some understanding of Nierop’s reticence. If I’d wrestled that thing around France for 17 hours only for it to put me in the wall at some horrendous three figure speed, I might not be too keen to talk about it either.