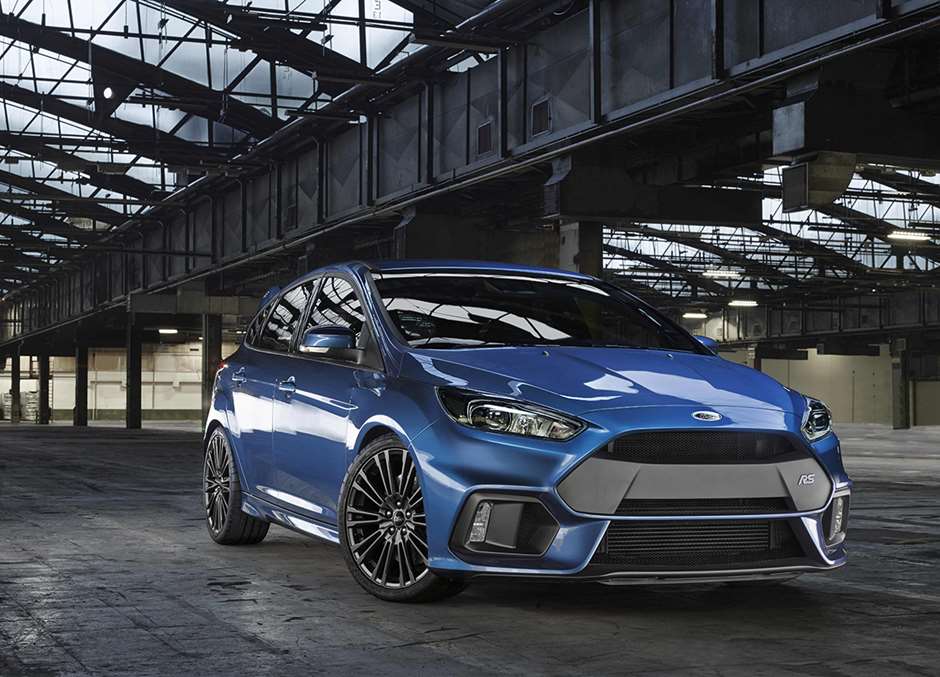 There was a time, not so long ago, when a car described as having 350bhp and a zero to sixty time of 4.7 seconds must have been a Ferrari 355. Twenty years later and that’s now hatchback territory.

Last year we got our hands on the mightily impressive Mercedes-Benz A45 AMG which boasts that kind of performance, as well as the recently-tested Audi RS3, and now Ford was waded into the shopping-rocket fray with its latest Focus RS, which is now on sale for an impressive list price of just £28,940. That’s the thick end of ten grand cheaper than the Affalterbach machine. The Ingolstadt hatch is more expensive still but will whisk you to 60mph even quicker …

Unveiled in Geneva earlier this year, the Focus RS will feature four-wheel-drive like its rivals and of course it comes with that drift button, which transmits 70 per cent of the drive to the rear wheels and which we expect to be worn out by journos before the press fleet cars have completed their task. In fact, with Launch Control and Dynamic Torque Vectoring also in its broad repertoire, it’s likely that Ford will have quite a hefty tyre bill once the press is finished testing the latest RS to its limits. Ford’s decision to release performance figures for its superlative Focus will have caused some concern for the likes of the Honda Civic Type R, which weighs in at £29,995 and has to give up a whole second to the blue oval. Similarly, BMW’s hot M135i costs significantly more and yet cannot match the Ford’s traffic light stampeding capability.

What we really need to do is get our hands on one. Until then we’re just going to have to imagine pressing the drift button and seeing how it matches up to its contemporaries. One thing’s for sure though: We are now experiencing the era of the megahatch. At this rate, might we be seeing 650bhp hatches in 2035?