Lift-off oversteer in a cute and cuddly baby Renault? Have we arrived at the wrong new-car launch?

Not a bit of it. Have even trundled up to the Cotswolds in the trusty old 911 so it can be photographed alongside the all-new Twingo and a couple of its antecedents, the 4CV and the Renault 8. Don’t reckon there are many photographs showing these four cars together…

So have you got the connection yet? Engines hanging unfashionably aft of the rear wheels of course. 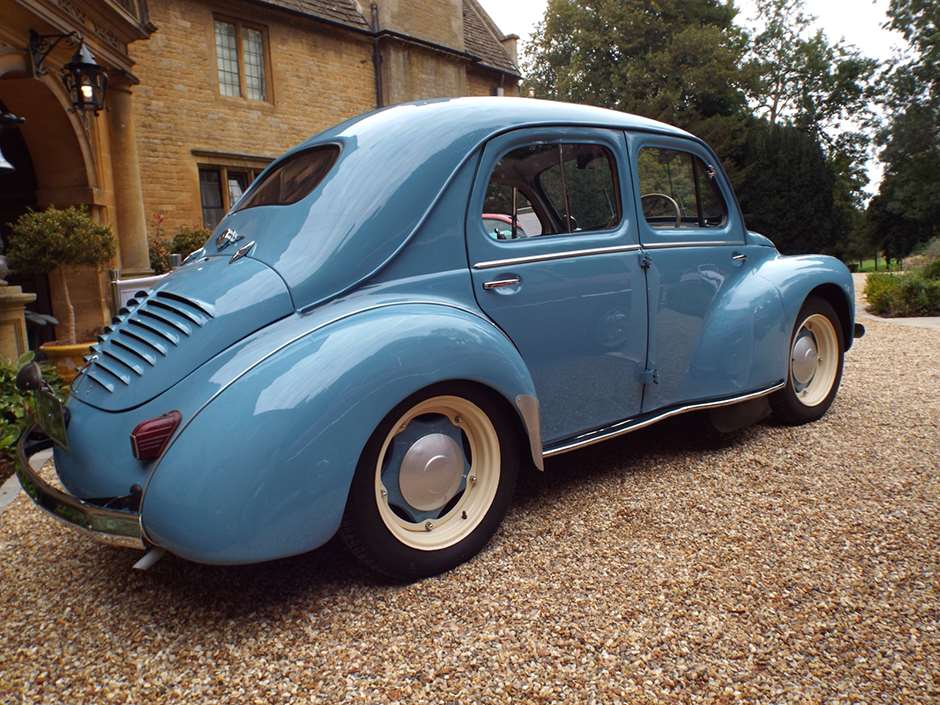 The 4CV, France’s ‘Beetle’, was put together after the war with the help of rear-end specialist Ferdinand Porsche (the thin excuse for the 911 to be present) just prior to the French locking him up. The first French car to sell a million, this 4CV is interesting because it was the last one to be built at the Renault factory in Acton, and was owned by famed motoring writer John Bolster.

‘Just to be clear: the Twingo doesn’t do lift-off oversteer. Pendulum effect? Zilch. No polar moment of inertia to speak of at all. It’s all-square and stable whatever you do with it’

The 750cc in-line engine nestling in the 4CV’s tail might have made just 17hp but for something that looked like a suicide-doored, chrome ornamented, Gallic Morris Minor it was a sporty thing, going on to provide the basis for the first Renault Alpine, the A106.

The French stuck with rear engines for its predecessor, the Dauphine, and then a real swinging ’60s number, the Renault 8. Famous, of course, for the Gordini version…and if you are in any doubt as to that car’s oversteering credentials, the video above will convince you. 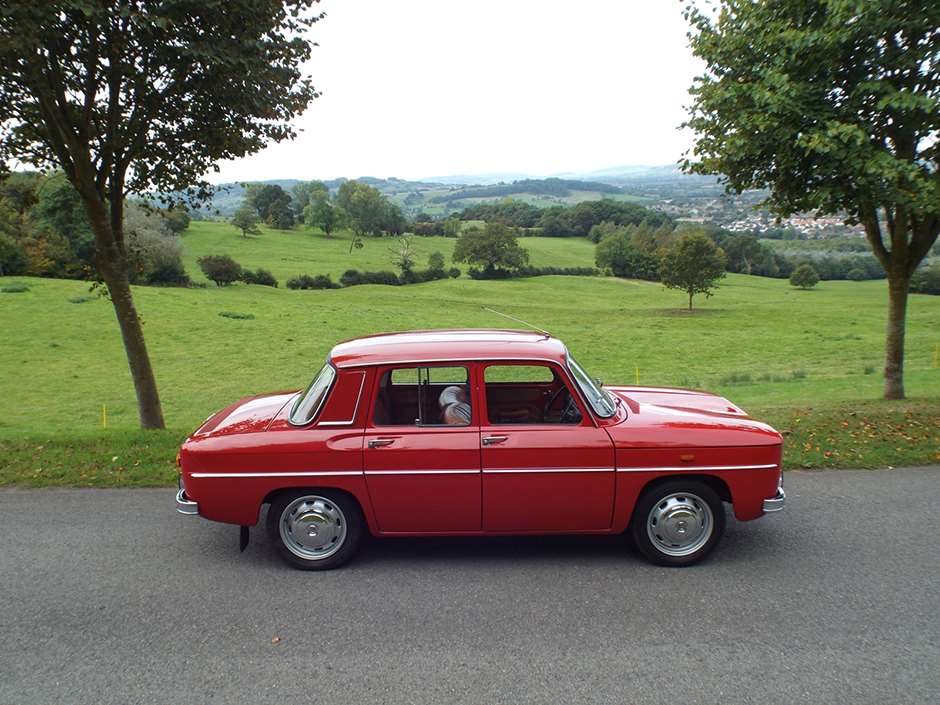 And now here we all are at the launch of the new Twingo.  And just to be clear: it doesn’t do lift-off oversteer. Pendulum effect? Zilch. No polar moment of inertia to speak of at all. It’s all-square and stable whatever you do with it.

The new Twingo is, in short, pretty refined, very efficient and perfectly well mannered, everything a rival for the Fiat 500 et al has to be. Right down to the funky materials, searing colours and intelligent ‘connectability’ (your smartphone clips on to the dash) that car buyers of a certain age expect.

In profile the world’s newest rear-engined car looks a bit like the Italian tiny tot but the irony here of course is that the Cinquecento is firmly front-engine, front-drive. Just as virtually everything else is in the world these days. So over dinner the question arises: what was the last all-new rear (not mid, or mid-rear, mind) engined car?

I said I thought it was the Smart (anyone know different?) which is convenient because the Twingo’s platform is a joint project with Daimler that will next year (at long last) provide the basis of the all-new Smart range. 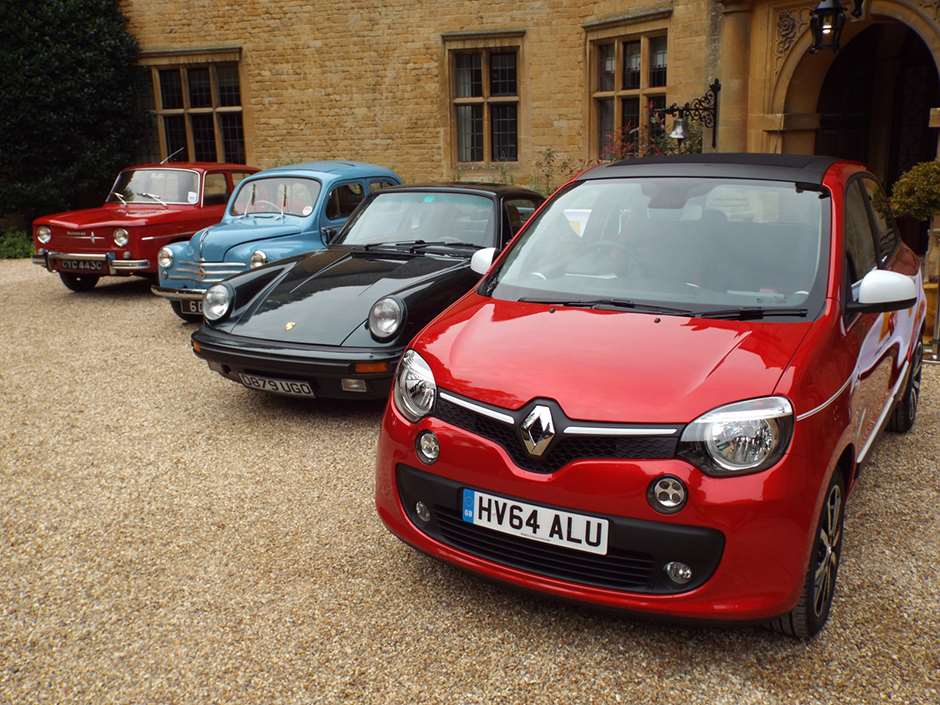 A rear-engined platform from scratch is a mighty expensive thing in a fwd world so it makes sense to go halves on it. And it’s something we welcome because rear-engined cars can be characterful cars and great fun to drive.

Alas it is not a sporting car. Yet. What you’d have to do to change that cannot be difficult for a company like Renault; there’s a truly sporty little Renault in here waiting to get out. As well, we suspect, as a vastly better Smart car which will share the platform.

As for the Twingo you can buy now (from £9500, first deliveries in the new year) it’s… well, a bit rubbery to drive, mechanically very quiet and light to park. It won’t make you seasick if you rag it while the ride won’t shake your fillings out either. The 90bhp is noticeably turbocharged but a far better bet than the 70, specially in Dynamique trim which brings some must-have features and at £11,695 is not too extravagant.

Hot Hatch Sunday Breakfast Club (5 October) is fast approaching and Renault are kindly letting us have a Renaultsport Megane 265 Trophy for the week. We look forward to that. Perhaps this time next year it will be a Twingo Renaultsport 150… complete with a little oversteer. 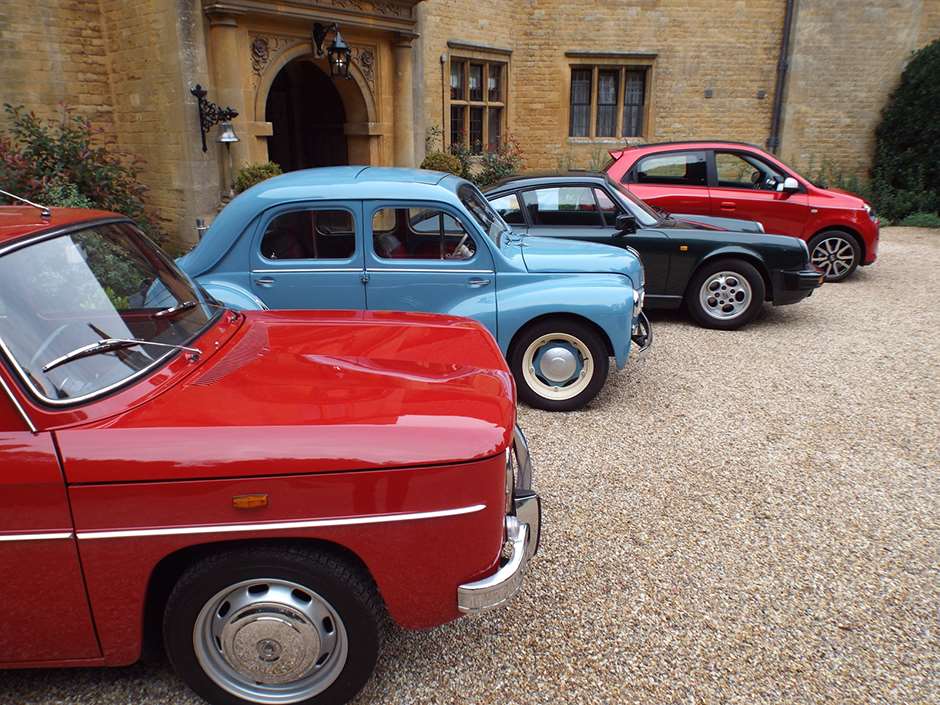