We found a zero‑mile Schuppan 962CR at Daytona! 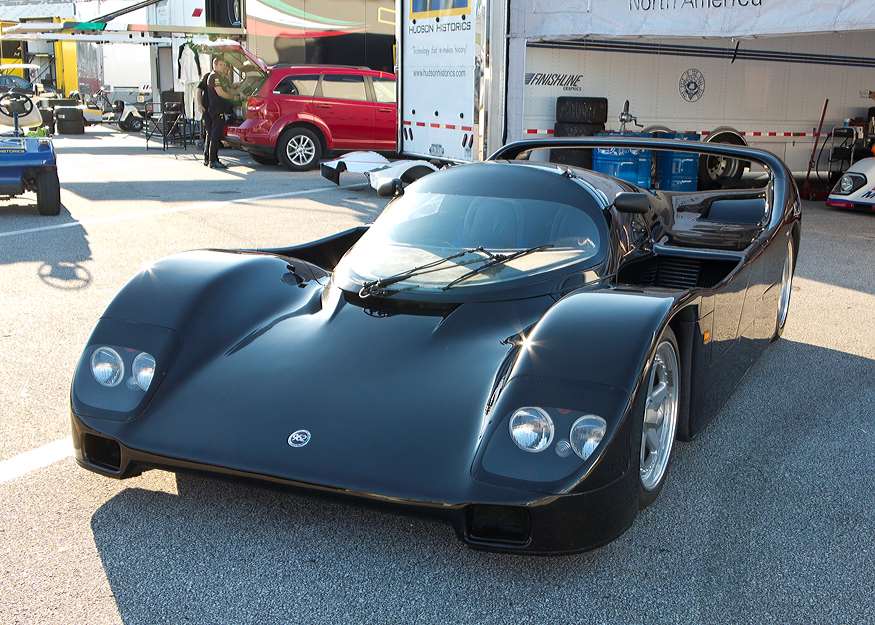 It isn’t unusual at historic race meetings to find road cars present that stir the soul somewhat, and the Classic Daytona 24 is no different. However, as road cars go this one is a bit special and what’s more it has reportedly never been driven. Not once. Yet … ‘I had no idea what it was!’ confesses the owner of this simply breathtaking Schuppan 962CR, referring to the first time he set eyes on the uber-rare Porsche 962-based machine. ‘I said “that’s beautiful, what is it? Is it for sale?”‘ What he’d encountered was one of just six Schuppan 962s, built by the Australian Porsche veteran for road use. We’re told that one was destroyed by fire, making this one of five remaining cars. Schuppan wanted to build a run of road-going 962s to celebrate his 1983 victory at Le Mans and so set up a firm to make the bodies. Carbon fibre tubs were used and the cars were built to an astonishing standard. Titanium fasteners feature throughout … Sadly, financial difficulties forced the company into bankruptcy and the whole project ground to a halt after just six cars. Supposedly, the cost new was $1.9 million.

Schuppan confirmed that this particular chassis (number 962CR 06) was built to compete at Le Mans in 1993, but that plan was shelved when financial support wasn’t forthcoming. So a road car it became. Unlike the others, though, this one didn’t leave the complex it was built in until 2009 …

It turns out that the first owner’s business premises were at the same address as the Shuppan works in High Wycombe and said owner kept it there, supposedly in his showroom, without ever using it once. By 2009 it made its way to the States, which is where the current owner comes in. ‘I found out that it was a zero mile car, but I still wanted it. The vendor said “okay, this is he price and there won’t be any haggling!” The next day I told him to take it off the market…’ You will be hard-pressed to find another car in such original and unmolested condition. Even the tyres are the 1992 originals. Of course, this brings up the thorny issue of whether you could ever drive the thing. Surely, having made it this far without ever being used you’re past the point of no return? ‘I have thought about it’ the owner admits. ‘All it needs is a nut-and-bolt check and some new tyres and it’ll be good to go. We ran the car on the dyno and everything checked out fine. I mean, how could you not have driving it on your mind? I’d say it’s a case of probably not, but I wouldn’t rule it out completely.’ Before tearing ourselves away from the Schuppan, we ensure that if the car is ever driven GRR has a camera on board!