The Tracks of our Years

Sixty years since Scalextric was conceived, James May, the former Top Gear presenter marvels at its enduring appeal

I doubt that the master tool and toy-maker B. F. “Fred” Francis (1919-1998) knew that his most enduring legacy would be Britain’s most frequently mispronounced word. But it’s an easy word if you know the story.

After sterling toolmaking work during the Second World War, Francis turned his suddenly idle hands to making ingenious tin-plate toys, most notably a small range of pull ’n’ go clockwork cars. By the standards of the time, these were exquisite, because they were the work of a true craftsman. They were also accurately rendered to scale at a time when many model cars were mere approximations, so he named the range “Scalex”.

So far, so good. But by the mid-Fifties a new craze was emerging: electric model-car racing, usually on bespoke wooden tracks built by hardcore enthusiasts. Suddenly, clockwork toy cars were as passé as having never eaten a banana.

Francis’ genius was in recognising that such an idea could be domesticated. So in 1956 he tried fitting electric motors and a rudimentary current pick-up system to his existing Scalex range, and by 1957 it was ready for launch. He even had a name. The addition of electric power to his Scalex cars gave us Scalextric. See? The “x” is in the middle, not at the end, and there’s no “y” or any other spurious letter in there. Easy.

It must be said that no other toy requires so much etymological research before you can ask for it correctly in the shops, but Scalextric is so firmly lodged in the toy-loving cortex of the general consciousness that any word roughly like it will do.

I’m glad that’s sorted, because it allows us to move on to the trickier business of actually driving a Scalextric car, which is virtually impossible. In many ways it must have been easier in the early days, when the hand controller was really just an on/off switch, meaning you applied power on any roughly straight section and then coasted around the bends. So it was no more challenging than driving a first-generation Saab Turbo...

This is a preview extract from an article featured in the GOODWOOD Magazine Spring/Summer 2016 Edition. The magazine is delivered twice a year to all Members of Goodwood Sporting Clubs, including the Goodwood Road Racing Club ('GRRC'). For more information about other membership privileges, please click here. 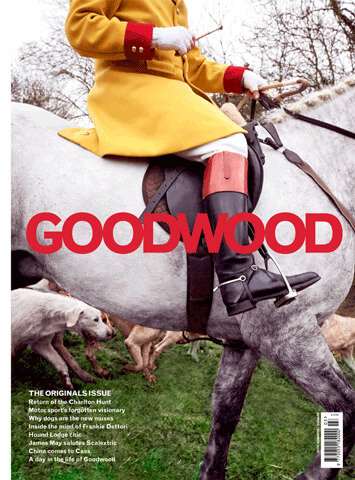 Erstwhile presenter of BBC Top Gear, regular contributor to various motoring magazines and maverick toy historian. Mr May's first car was a yellow Mk1 Vauxhall Cavalier, he has a music degree and he lives in a house without any stair carpet.

Get the Goodwood Magazine delivered to your door twice a year by becoming a Club Member.