Spitfire propellers are icons of British aviation, but it’s been decades since they’ve been manufactured on home turf. James Collard meets the man who’s about to change that. 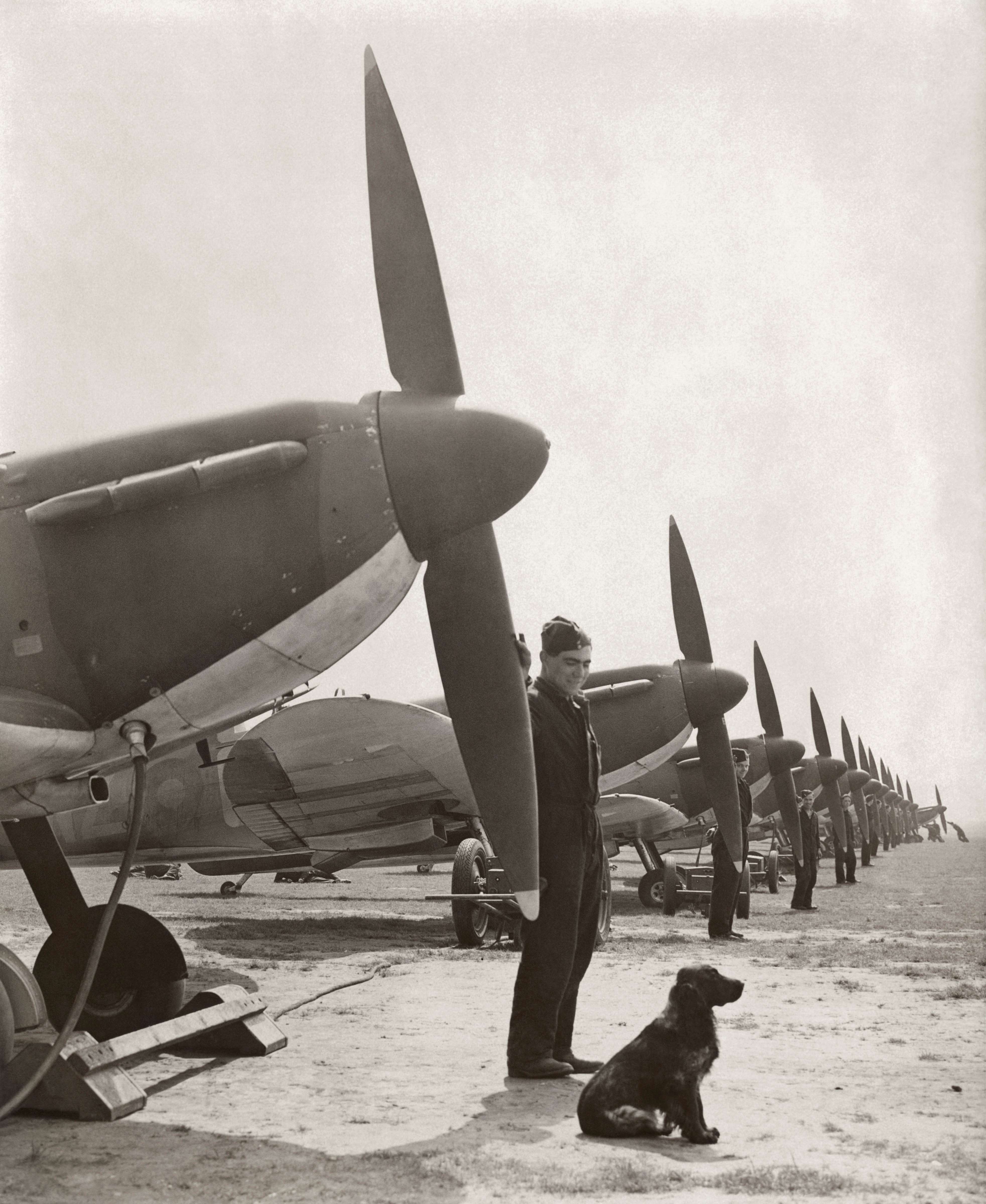 “It was serendipity,” declares Rupert Wasey, the aviation enthusiast and aeronautical engineer behind Hercules Propellers in Stroud, Gloucestershire, explaining how he came to be on the cusp of fulfilling a long-held ambition: to make propellers for Spitfires, just 10 miles away from Rotol, one of the factories where the blades were first made.

Spitfires are a regular sight in the skies above Goodwood, just as they were during World War II, when the estate was home to an RAF airfield – later transformed into the estate's motor circuit by Frederick Gordon-Lennox, the 9th Duke of Richmond. “Today, there’s a whole cottage industry making Spitfire parts for enthusiasts,” Wasey says, referring to the owners who restore these icons of British aviation and military history, forever synonymous in the national imagination with “the Few” and “our finest hour”. Yet ironically, the only CAA-approved manufacturer of the propeller blades is based in Germany, and while there are surely no hard feelings some 77 years after the Battle of Britain ended, it’s true that “many Spitfire owners want all of their plane to have been made in Britain”.

Launched in 2008, Hercules Propellers grew out of Wasey’s love of both flying and making. He’d built his own 1920s-style biplane, only to discover that the propeller blades he’d purchased weren’t to his satisfaction. So he made his own. Today he makes propellers for “all kinds of weird and wonderful planes, from all around the world. What we do is bespoke, mostly working in beech, as it’s straight-grained and sustainable.” And while it’s illegal to import the Honduran mahogany with which many blades were traditionally made, Hercules has a stock of the wood. “We make blades out of old mahogany church pews, so it’s ‘on a wing and a prayer’.”

The one material that has been taxing Wasey’s engineering skills for several years now is Hygdulignum: the wood laminate used to make Spitfire propellers during World War II by manufacturers such as Rotol and Hordern Richmond, the aeronautical engineering company founded in 1937 by test pilot Edmund Hordern and the 9th Duke of Richmond.

“It’s a wonderful material,” says Wasey, “made with thin layers of birch.” And while Hygdulignum is still made, Wasey’s team lacked the original specs that could help secure approval, once his team could build the machinery to produce the blades. “We were doing reverse engineering, taking apart original Spitfire blades to test the qualities of the materials. It felt odd, cutting up a piece of history like that. But it was all for a good cause.” Hercules even made pen barrels with the leftovers of “this beautiful material, it looks like caramel!” – the sale of which helped fund its research.

“Then out of the blue we got this phone call.” In the Fifties, Hordern Richmond had been taken over by a similar business called Permali, based up the road in Gloucester. “There, for half a century, its archive had been kept in drawers which nobody ever opened. All this was about to go into a skip when someone thought to Google ‘propeller manufacturers’, spotted us, and called to ask, ‘Do you want to see these drawings?’ They gave us these beautiful, large-format, pen-and-ink drawings – for an engineer like me, works of art in themselves. Then we turned a page and there it was, a drawing marked ‘Spitfire Mk VII Merlin Engine 1942’.”

Today, Wasey, armed with those precious specs, a determined team, and the archive of their neighbours Rotol (now part of Dowty Propellers), is working through the approval process, and hopes to start manufacturing Spitfire blades soon – “under the name of Hordern Richmond, which we’ve acquired, as we felt that would be appropriate”.

This article is taken from the Goodwood magazine, Summer 2017 issue

Enjoy your first experience of flight in the Cessna or Cub

Take the controls and learn why pilots love the classic Cub!