He partnered James Hunt, mentored Michael Schumacher, and survived two horrendous crashes. Jochen Mass, Captain of Darnley at this year’s Members’ Meeting, looks back on the highs and lows of life in the fast lane

“I was flying through the air and then I hit the ground violently and my car caught fire. I remember all these pictures of my life passing in slow motion… my little boys… it was beautiful. My wife was watching on TV at the time and the commentator said, ‘He’s dead. He couldn’t survive a crash like that. He was a nice guy…’ and all that.”

But Jochen Mass did survive to tell the tale, many tales, of a career that brought victory in Formula 1 and at Le Mans, and a World Sportscar Championship. Now “Hermann the German”, as his mechanics at McLaren called him, has swapped his fireproofs for the blue and white striped blazer of a House Captain at the Goodwood Members’ Meeting.

Jochen is Captain of Darnley, one of four “houses” that compete for points both on and off the circuit at Goodwood’s traditional spring meeting. In a pastiche of the English public school system, each house has a team of both drivers and spectators, who win points through race results and via an eclectic range of field sports as disparate as football and welly-boot throwing. Darnley has yet to win the coveted House Shield.

“My role is to lead my team, to encourage them in their sports and then to try and win points for the house myself when I’m racing. I love the Members’ Meeting because the fans are at the very heart of it – there’s an intimacy that’s missing from most motor events these days. They want to be in the house with the best cars and drivers. They like to play the game. So while I do my best in the cars, I urge them on to win the tug-of-war, or the egg-and-spoon. It’s competitive, naturally, because all four captains are racing drivers, past or present.”

Jochen had no big ambition to be a racing driver. As a boy, he dreamed of going to sea and joined the Merchant Navy. Coming ashore, he caught sight of a hillclimb near his home in Bavaria, and was captivated by the speed of the cars flashing through the forest. Sails were about to give way to wheels. 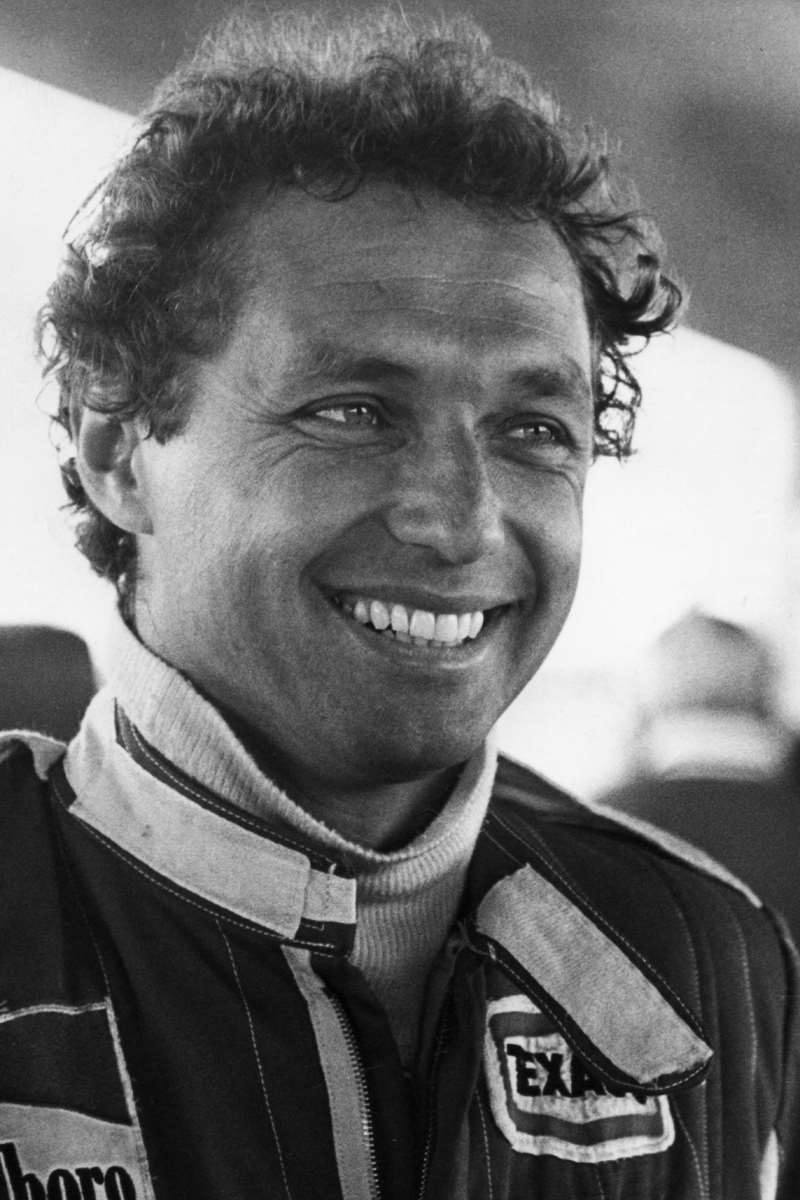 “I had always loved sailing – being at one with the boat and the ocean – and when I got myself into a Grand Prix car I found it gave me a similar feeling. When you race you become one with the car, the instruments, the steering wheel and, just like sailing a boat, you’ve got to be in control of both yourself and the car too. You’re in your own world, at peace in a strange way…”

Jochen’s career was a rollercoaster, filled with extreme highs and lows. At McLaren he partnered with James Hunt during a purple patch for the team, and the two of them played as hard as they raced. “James was a wild man and we did some crazy things together, but I never understood the superstar thing. He was a masterful driver, but I had the natural talent, and I knew I was as fast as him… so when he beat me I began to realise the team was favouring him with better equipment. Maybe I was too laid-back; I should have been a bit tougher.”

It was with McLaren that Jochen took his only F1 victory, in Spain in 1975 – but his win was bittersweet. “It was such a very sad day. I won the Grand Prix but Rolf Stommelen was killed when his rear wing broke and his car went flying over the barriers, killing five spectators as well. The race was stopped. We had all been worried about track safety because the barriers had not been properly mounted the day before and we weren’t sure they had been fixed overnight. We threatened a boycott, but we raced, and then this tragedy happened. I didn’t want to win like that.”

At that time, triumph and tragedy so often went hand in hand in a sport that was both glamorous and dangerous. In 1982 Jochen decided that he had had enough, having survived a horrendous crash in Belgium in which his friend Gilles Villeneuve lost his life. Then two months later in France, he had the miracle escape to which he refers at the beginning of our story.

“I had been so damn lucky. I walked away from those big accidents unscathed, but it was time to get out. There was nothing for me in Formula 1 any more.” 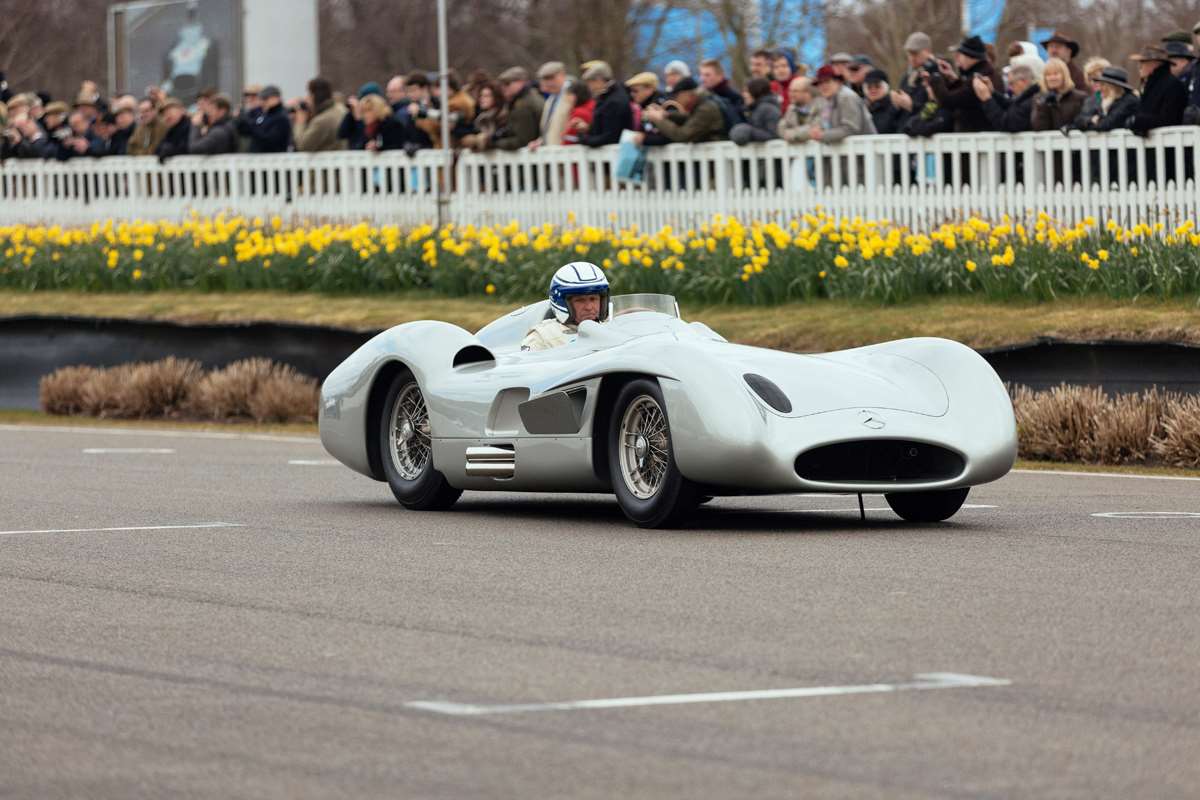 Having stepped away, Jochen went on to forge a hugely successful career in sports cars. He won all the blue riband races at Daytona, Sebring, Spa, the fearsome Nürburgring and most famously the 24 Hours of Le Mans with the Sauber Mercedes team where he mentored a young man called Michael Schumacher.

“I couldn’t teach him to go faster,” recalls Mass. “He was fast already. Sometimes I was quicker, and that really annoyed him, but it’s because I was stronger – the car was tough to steer sometimes, so you needed to have the muscles. That’s when he began the training regime that made him the fittest driver in Formula 1. He was a very special driver, meticulous, and hell-bent on getting the maximum out of the car. I would say, ‘Michael, the car is good. Leave it alone,’ but he’d always say that we could do more. It was obvious to me that he was someone very special.”

Perhaps it might seem strange that in an interview about himself, Mass is far more comfortable discussing the lives of other racing greats than his own, but it’s what you might expect from this particularly modest man. Happiest on the deck of his wooden sailing boat, he has lived his racing dreams to the full, made his name in motorsport history, and today, the Captain of Darnley remains one of Goodwood’s best-loved racers.

This article is taken from the Goodwood magazine, Spring 2018 issue